With roots dating back to 1832, Houghton Mifflin Harcourt has many inspiring stories to tell. Here, on The Spark, HMH archivist Susan Steinway will periodically share some of her latest and greatest findings from the HMH archives. Just in time for the Oscars, our first post takes a look back at HMH’s impact on Hollywood’s biggest night.

This Sunday, the stars will don their finest formal wear and millions will tune in from home as the annual Academy Awards celebrate the highest achievements in filmmaking. So what better time to recognize the HMH titles that have walked the red carpet?

Over the years, numerous HMH books have been adapted into screenplays. Of those, 22 have been nominated by the Academy for Best Picture, and two have taken home the Oscar. The first to win was “All the King’s Men” in 1949, based on the 1946 book by Robert Penn Warren. 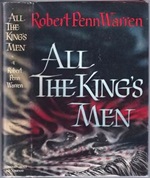 In 2003, “The Lord of the Rings: Return of the King” became HMH’s second adapted title to receive the Best Picture Oscar.

From the Page to the Screen

What about those other 20 nominations?  How many can you name?  The other two “Lord of the Rings” movies were both nominees, of course, and the three “Hobbit” movies were nominated in the sound and technology categories. 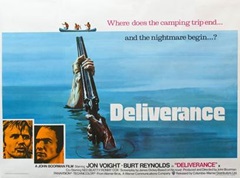 But did you know that the film “Shane” (nominated in 1953) was originally a book published by Houghton Mifflin? 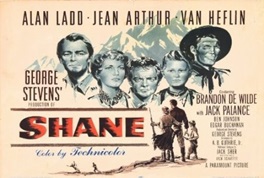 Or that “Mister Roberts” (nominated in 1955) was based on the book by Thomas Heggen published by Houghton Mifflin in 1946?

Of all of these HMH authors, Sinclair Lewis takes the cake for the one with the greatest number of titles adapted into Best Picture nominees. His books Arrowsmith and Dodworth were made into movies in 1931 and 1936 respectively.

His 1927 novel Elmer Gantry was made into a movie in 1960, and though it did not ultimately win Best Picture, Burt Lancaster won Best Actor, Shirley Jones won Best Supporting Actress, and the screenplay won Best Adapted Screenplay. 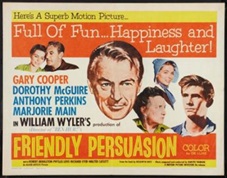 The film was also nominated in several other categories, including Best Writing and Best Adapted Screenplay. However, Wilson was blacklisted at the time of the nomination due to a rule passed by the Academy of Motion Picture Arts and Sciences that denied an Oscar to anyone who refused to talk to the US House Committee on Un-American Activities. The Writers Guild of America protested, to no avail, and they presented Wilson with their own award for Best Drama.

So what movies are you rooting for at this year’s Oscars?  And what HMH titles do you think could be the next great feature film?