On a spectacular and sunny summer day, over 2,000 parents and kids visited our mobile playful learning environment, with families waiting in line to begin playing when we opened our doors and eager to continue the fun even as we packed up our trailer and “Little Blue Truck.” Curious George fans waited excitedly the mischievous monkey to make his grand entrance, giving him plenty of hugs and high-fives. We put on loads of sunscreen, learned how to say hello in eight languages, read together at the Story Camp, planted seeds at the Community Garden, danced the day away with local performer Dr. Alex, and much more. 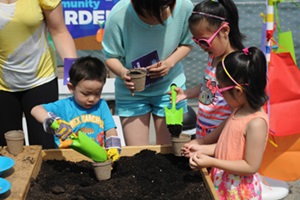 During his trip to the Big Apple, Curious George also visited the Navy Yard Boys & Girls Club in Brooklyn for a surprise visit and story time. The club is part of the Madison Square Boys & Club network, which will receive a donation of 7,500 books as part of the Tour’s overarching giving plan (75,000 books nationwide, celebrating Curious George’s 75th birthday).

And on our way out of town Monday morning, George and Chief Content Officer Mary Cullinane visited Good Day New York for Curious World Tour’s TV debut, which included a fun live interview and a close-up on the truck, trailer and activity stations.

Next stop: San Antonio! We’ll see you in Texas! 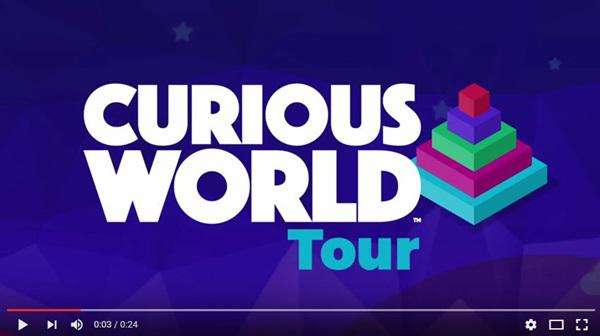 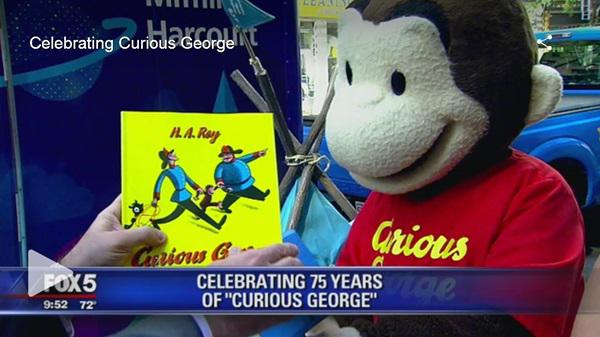 Miss A and Coach Z, two of the animated teachers of iRead’s Beastie Hall, focus on phonological awareness and alphabet knowledge in a systematic and fun way to help children acquire foundational skills.