What do the Asbury Park School District in New Jersey and a hard hat have in common? Metaphorically speaking, everything. 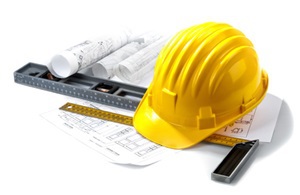 Both represent hard work, development and renovation, which is exactly what Asbury Park Superintendent Dr. Lamont Repollet and his team brought to the school district when they created Hard Hat Nation in 2014. Their methods have yielded strong results and even caught media attention when Asbury Park was named a Model School by the International Center for Leadership in Education for its innovative and comprehensive district turnaround approach.

Dr. Repollet and Sancha Gray, Director of Curriculum for Asbury Park, sat down with me for this edition of the HMH Customer Spotlight to talk about Hard Hat Nation and their upcoming plans.

Can you tell us more about “Hard Hat Nation”? Where did that idea come from?

Dr. Lamont Repollet: The idea came about when I was first interviewing to be superintendent. I remember walking into an interview with a hard hat to show that I understood the challenges we faced and was willing to really work hard for the district and community.  When you see someone wearing a hard hat, you think of words like “hard worker” and “not afraid to get their hands dirty.”

Now, we use the whole construction metaphor as the foundation of our strategic plan to continue improving and renovating the schools in Asbury Park.  To guide the entire rebuilding process, we use action pillars – rebuild, retool, restore –as our guiding principles for everything we do. For us, Hard Hat Nation is a group of dedicated individuals committed to building a brighter future for the students and community.

Dr. Lamont Repollet: One program that particularly comes to mind is called the Power of 10. Every year, we identify the 10 percent most at-risk students in each grade and provide them with group counseling, small-group counseling, and academic monitoring. This way, we can make sure they have the support and courses they need to graduate. The program is really doing well; our graduation rate went from 51% in 2013 to an estimated 75% in 2016.

Another is the Maker Space student lounges in our middle schools. Students can gain access to the lounge during recesses and lunch breaks for positive behavior and also for being on the honor roll. It’s a reward that teachers are able to use that is fun for students and promotes innovation and creativity. The space has 3D printers, computers and programming software, ping-pong tables, and even video games and access to movies. It’s a space that fosters positive behavior; a way to look at discipline in a different light. We like to use “positive reinforcement” rather than look at discipline through a negative lens.

Sancha Gray: We’re also opening a Parent Center, where we will be offering adult literacy and GED classes, and a multi-lingual language lab. For our community, this is incredibly innovative and we believe it will make a big impact.

Asbury Park was also named to the New Jersey Department of Education’s InnovateNJ initiative. How will that impact the school district?

Dr. Lamont Repollet: InnovateNJ is a cohort of school districts that share resources and work together. We’re very excited and honored to be a part of it. We have an InnovateNJ local team comprised of two principals, technology coaches and teachers. We’re in the process of creating a technology plan that looks at how we implement digital tools as we move towards 21st century learning.

We were also awarded a 21st century grant, which is federal money to offer STEM after school programs for grades 4-8. We have a model program right now called STEM University, which is comprised of STEM homework help and tutoring and is open to all students across these grade levels. We were awarded an approximately $2.5 million grant over a five-year period.

Sancha Gray: We have a Global Ambassador Program with a middle school in Ghana, which is in partnership with Oiada International and Polycom. Through that partnership, we have a teleconference feature where every week our middle school students get to interact with Ghanaian middle school students. The Ghanaian students were so moved and delighted to be a part of this initiative that one of their Ghanaian sculptors actually took a piece of wood and sculpted a hard hat, so we now have an international group of Hard Hat Nation members!

Where do you see Hard Hat Nation a few years from now?

Dr. Lamont Repollet: I envision Hard Hat Nation growing even bigger and stronger. Everything we do is to build a foundation for the students and community to achieve their dreams and have a brighter future. But this is a process, a real transformation. As a community we’re still building, and it’s a constant process. No school district can ever be an end-product.

How to Create a Personal Learning Plan

What is a personalized learning plan (PLP)? Find out the answer to this question, plus receive examples of PLPs.