Mayday 1971: A White House at War, a Revolt in the Streets, and the Untold History of America’s Biggest Mass Arrest

A vivid account of the largest act of civil disobedience in US history, in Richard Nixon’s Washington

A vivid account of the largest act of civil disobedience in US history, in Richard Nixon’s Washington

They surged into Washington by the tens of thousands in the spring of 1971. Fiery radicals, flower children, and militant vets gathered for the most audacious act in a years-long movement to end America’s war in Vietnam: a blockade of the nation’s capital. And the White House, headed by an increasingly paranoid Richard Nixon, was determined to stop it.

Washington journalist Lawrence Roberts, drawing on dozens of interviews, unexplored archives, and newfound White House transcripts, recreates these largely forgotten events through the eyes of dueling characters. Woven into the story too are now-familiar names including John Kerry, Jane Fonda, and Daniel Ellsberg, leaker of the Pentagon Papers. It began with a bombing inside the U.S. Capitol—a still-unsolved case to which Roberts brings new information. To prevent the Mayday Tribe’s guerrilla-style traffic blockade, the government mustered the military. Riot squads swept through the city, arresting more than 12,000 people. As a young female public defender led a thrilling legal battle to free the detainees, Nixon and his men took their first steps down the road to the Watergate scandal and the implosion of the presidency.

Mayday 1971 is the ultimately inspiring story of a season when our democracy faced grave danger, and survived.

About the author
Lawrence Roberts

LAWRENCE ROBERTS has been an investigative editor with ProPublica, the Washington Post, Bloomberg News, and the Huffington Post Investigative Fund. He was a leader on teams honored with three Pulitzer Prizes. Mayday 1971 is his first book.

“Award-winning investigative reporter Lawrence Roberts tells the story superbly from start to finish . . . With a talent for research and an eye for colorful detail, Mr. Roberts presents a lot of new and overlooked material . . . Mayday has been paid less attention than other protests of the period, and its significance overlooked. Mr. Roberts’s first-rate book redresses that imbalance.”

“Fascinating… It’s impossible to read Mayday 1971 without thinking of our own recent summer of unrest — and the autumn of discontent we face.”

“Kiff VandenHeuvel narrates this intense reexamination of Mayday 1971’s mass protests in Washington, DC, as if he were reporting on a current event. His voice sounds charged, his pace is quick, and the result creates a dramatic audiobook. This is as it should be for a retelling of the highest number of mass arrests (12,000) in our nation’s history.”

A brilliant investigation of the tense days when war, democracy and law collided on the streets of Washington, Mayday 1971 brings it all back in vivid detail and riveting story-telling. Here is a real-life thriller that shows the strength of our society and our system, important lessons for today’s turmoil.”

Roberts "relates the shameful story of what happened that year like a mystery writer.... He pinpoints the origins of this extraordinary drama."

“A riveting history crafted from first hand-testimonies of a pivotal time in our democracy. Roberts has unearthed compelling new dimensions of this important story.”

—Lynn Novick, director with Ken Burns of The Vietnam War

“This unraveling of the Mayday saga is not just history at its most illuminating, and top-drawer storytelling, but a narrative that resonates today, when our democracy is again being challenged.”

"Illuminating, ambitious and rigorously researched, Mayday 1971  recovers the remarkable story of the largest number of mass arrests in U.S. history. Every chapter resounds with scenes that could be pulled from today's headlines. Lawrence Roberts calls his history ‘largely forgotten.' It will certainly be new and revelatory for anyone, young or old, who wants to truly understand the depths of the divide that fractured the country during the Vietnam War."

—Steve Luxenberg, author of Separate: The Story of Plessy v. Ferguson, and America's Journey from Slavery to Segregation

“At a time when American democracy is under threat from an unscrupulous president, this fine account of an earlier such time is highly relevant. As a participant in the movement against the Vietnam War, I was moved by the way Lawrence Roberts so eloquently brings to life a crucial episode in that struggle. And to be reminded that, in the long run, we won.”

"The events culminating with the mass arrests of 12,000 people in Washington, D.C., in the spring of 1971 have been curiously underreported in most histories of the Vietnam era. Roberts changes that with this compelling history of Mayday 1971. "

"Roberts conveys the personal and political impact of a pivotal event in American history in a narrative that will engage readers of the time period and resonate with today’s social justice activists." 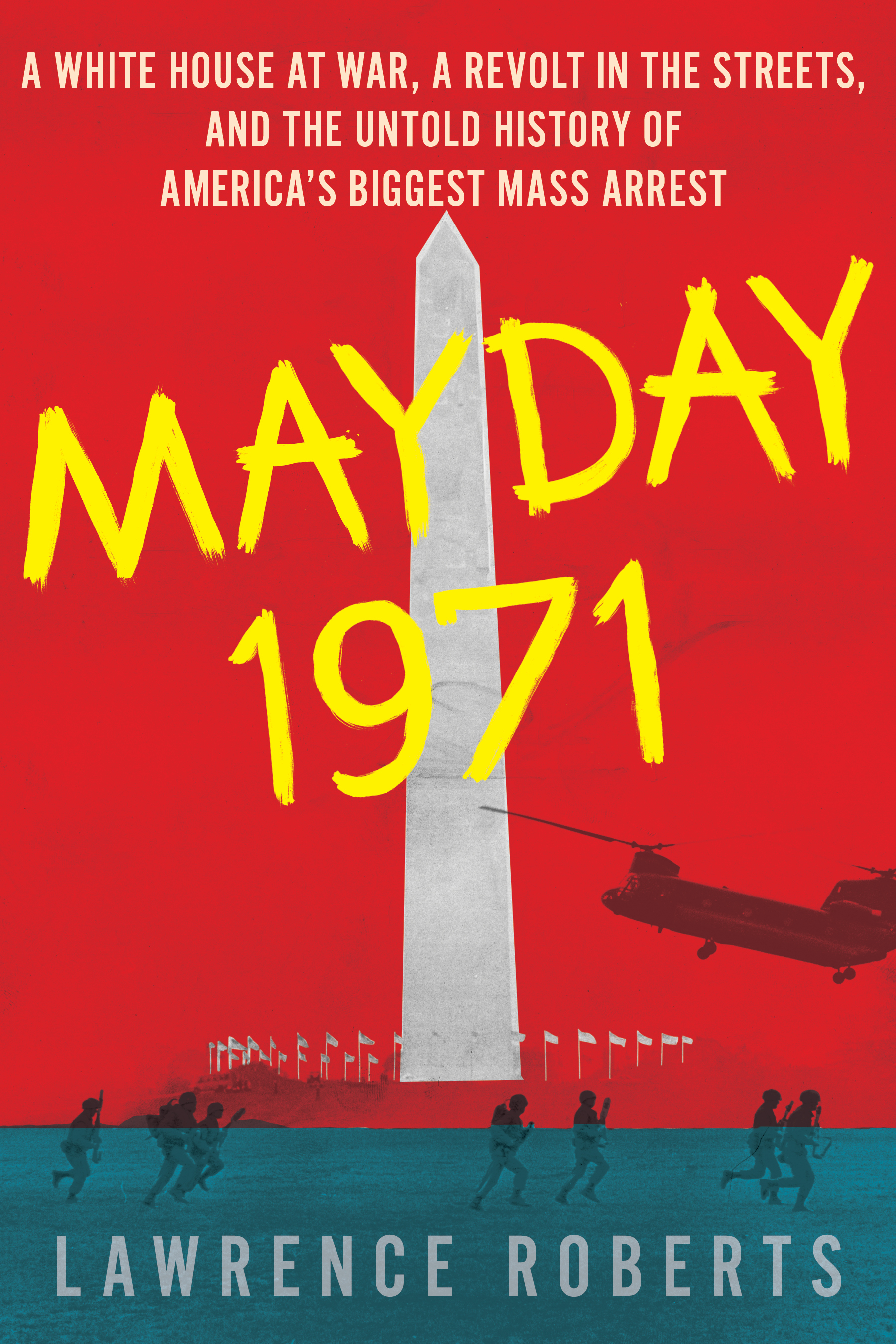