A New New Testament: A Bible for the Twenty-first Century Combining Traditional and Newly Discovered Texts

"Important both historically and theologically. Readers will not be able to see the New Testament in the same way again."—Marcus Borg, author of The Heart of Christianity

“A New New Testament does what some of us never dreamed possible: it opens the treasure chest of early Christian writings, restoring a carefully select few of them to their rightful place in the broad conversation about who Jesus was, what he did and taught, and what all of that has to do with us now.” — Barbara Brown Taylor, author of Leaving Church and An Altar in the World

There are twenty-seven books in the traditional New Testament, but the earliest Christian communities were far more vibrant than that small number might lead you to think. In fact, many more scriptures were written and were just as important as the New Testament in shaping early-Christian communities and beliefs. Over the past century, many of those texts that were lost have been found and translated, yet are still not known to much of the public; they are discussed mainly by scholars or within a context of the now outdated notion of gnostic gospels. In A New New Testament Hal Taussig is changing that. With the help of nineteen important spiritual leaders, he has added ten of the recently discovered texts to the traditional New Testament, leading many churches and spiritual seekers to use this new New Testament for their spiritual and intellectual growth.

“Remarkable . . . Not meant to replace the traditional New Testament, this fascinating work will be, Taussig hopes, the first of several new New Testaments.” — Booklist

About the author
Hal Taussig

A founding member of the Jesus Seminar, HAL TAUSSIG is a pastor, professor of Biblical literature at Union Theological Seminary in New York, and professor of early Christianity at the Reconstructionist Rabbinical College. He is the author of In the Beginning Was the Meal; TheThunder: Perfect Mind; A New Spiritual Home; Reimagining Life Together in America (with Catherine Nerney); Jesus Before God; Reimagining Christian Origins (with Elizabeth Castelli), and others. 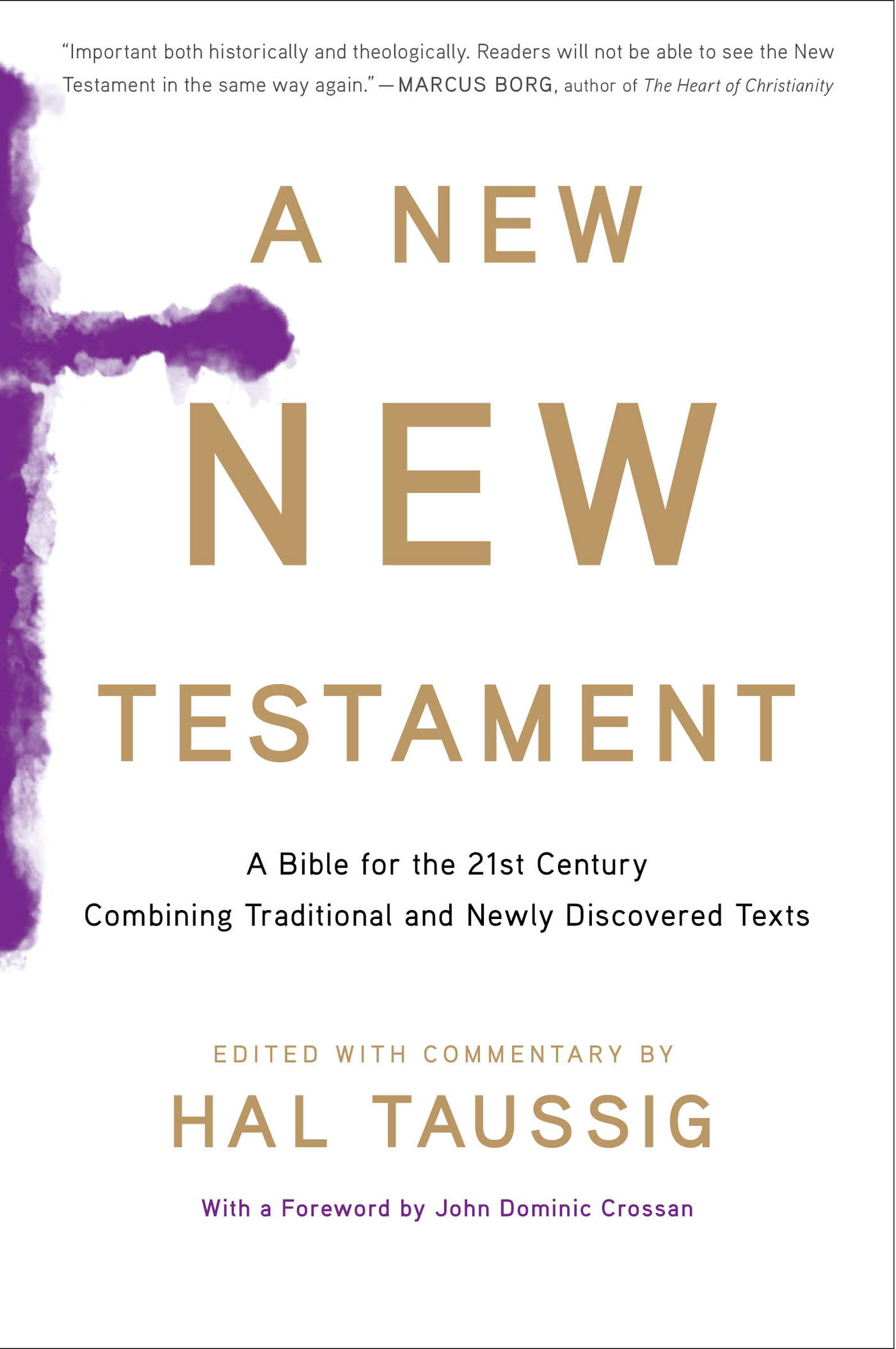