Who in the World Is Carmen Sandiego?

Based on the Netflix original series with a foreword by Gina Rodriguez. For decades, people have asked the question: Where in the world is Carmen Sandiego? But just who is this infamous and elusive globe-trotting criminal?

A skilled thief on a mysterious mission, Carmen Sandiego is endlessly pursued by ACME and Interpol. But the woman in the red fedora is always one step ahead! In this novelization, based on the Netflix animated series, Carmen shares her own backstory for the first time ever. Now, it's time to find out.... Who in the world is Carmen Sandiego.

About the author
Excerpts

The sun was about to set in the historic city of Poitiers, France. The medieval cathedrals were aglow with the golden light of dusk as residents made their way home across cobblestone streets.

Yet there was one Poitiers resident who had no intention of going home that night.

In a sleek black car parked in the city square, Inspector Chase Devineaux clenched the steering wheel, his knuckles turning a pale shade of white.

For the past two days, ever since the infamous globetrotting thief known as Carmen Sandiego was rumored to have arrived in his city, the French Interpol officer had dedicated every waking moment to organizing her capture. Everyone was after Carmen Sandiego, and she had managed to dodge agencies and officers all over the world. Chase had not slept; he had barely eaten—?for he knew that this could be his only chance to make an arrest. Finally, the super thief was in his jurisdiction, and he would not let this opportunity go to waste. I will catch her if it is the last thing I do, Chase thought.

He turned to Julia Argent, sitting in the passenger seat next to him. She was studiously scrolling through data on her tablet. Julia was a newly recruited Interpol officer with sleek black hair that she kept very short and round glasses that magnified her already large brown eyes. She was half Chinese and half British, and she had a knack for things like languages and history. But what she was really good at was solving problems using logic. Chase had already come to realize in just a few days of working with her that what Julia lacked in experience, she made up for in intellect. And he would never admit it, but that intimidated him.

Julia adjusted her glasses and looked closely at her screen as she scrolled through a series of blurred images. The images all showed the same woman in different exotic locations across the globe. In one, she was leaving a bank in Hong Kong. In another, she was boarding a train in Norway. In every photograph, the mysterious woman wore the same vibrant red trench coat and matching fedora tilted at a perfect angle on her head. But her face was always covered, as though she knew the exact moment to look away and keep her features hidden.

“In the last few weeks alone, this Carmen Sandiego has stolen millions from a Swiss bank, a high-end art gallery in Cairo, and a Shanghai amusement park!” Chase exclaimed as he tightened his grip on the steering wheel even more.

Julia nodded, her eyes still on the data in front of her. “We’ve yet to find any pattern. Don’t you find it strange, sir, that she seems to announce her crimes by making public appearances beforehand? Like the café sighting here in Poitiers earlier today?”

Chase grumbled under his breath. Those same questions had been bothering him for weeks now. Why would a thief draw attention to herself by leaving clues and wearing such bold colors? Was stealing just a game to Carmen Sandiego? Catch me if you can!

He brushed away the thought with a wave of his hand. “It does not matter,” he said firmly. “She is in my city now, Ms. Argent, and I will be the one to capture her!”

Julia’s attention was suddenly drawn toward the sight of a red blur as a figure darted across the street in front of their car. Julia’s breath caught in her chest. Could it be?

Chase Devineaux continued, not seeing the red figure directly ahead of him. “You are new to the force, so you are to sit back, watch me work, and learn how to catch a thief!”

Julia bolted upright and hurriedly pointed in the direction of the woman. “Sir! She’s right there!”

Annoyed at the interruption, Chase slowly turned to follow the direction of Julia’s finger with a frustrated sigh. New officers are too excitable these days, he thought.

Then Chase caught sight of a red fedora across the street. His eyes went wide. It was the woman in red!

“La Femme Rouge!” Chase shouted. Carmen Sandiego fired a grapnel overhead and was gracefully pulled skyward toward the rooftops. She had been right in front of him—?and now she was getting away!

On an orange-tiled rooftop, Carmen Sandiego looked across the Poitiers skyline and stopped to take in the incredible view. In the distance, she could see the towers of Cathédrale Saint-Pierre lit up by the sun’s dimming rays. Her long brown hair fell in waves from under her red fedora. She tilted the hat up and away from her eyes and sighed deeply at the sight.

She never tired of the magnificent sights to be found in new and exciting places around the world. Even now, when she knew time was of the essence, she couldn’t help but take a moment to appreciate how beautiful France was.

“You might want to save the sightseeing for after the job,” came the voice of a young teenage boy in her ear.

Carmen touched the earring that doubled as a communication device and smiled wryly. “Glad you could join me, Player.”

“I wouldn’t miss a night out with you for the world, Red,” he responded.

Player was Carmen Sandiego’s confidante and, one could say, her very best friend, even though they had never actually met face-to-face. Player also had incredible computer-hacking abilities that far surpassed his years. Carmen realized that she had come to rely on the computer whiz while she was out in the field.

“The next stop on your sightseeing tour of Poitiers should be . . . fifty yards dead ahead,” Player instructed.

Carmen darted forward across the rooftops, her boots clicking like castanets across the tiles. The steep angles of the roofs posed no difficulty for her as she jumped from one building to another.

Soon enough, she reached her destination. It was a French chateau penthouse. Hanging vines grew along the sides of the building, reaching down to a balcony where Carmen spied a set of large glass doors. But I’m not going in through the door, she thought with a slight smile.

With one smooth motion, Carmen made a final leap to the penthouse roof and scanned the area until she found what she was looking for—?a skylight window. Kneeling down, Carmen examined a security-alarm box connected to the side of it. If she tried to open the window without disabling the alarm first, every police officer in France would be after her in an instant.

Without missing a beat, Carmen took out a tube of lipstick from her coat pocket and twisted the bottom. But Carmen was not one for doing her makeup on the job. She was much more interested in the high-tech port that extended from the lipstick tube. She slid it into the side of the alarm box with a click. “Cosmetic and electric,” Carmen said with a smile. “Do you think you can open this for me, Player?” <... 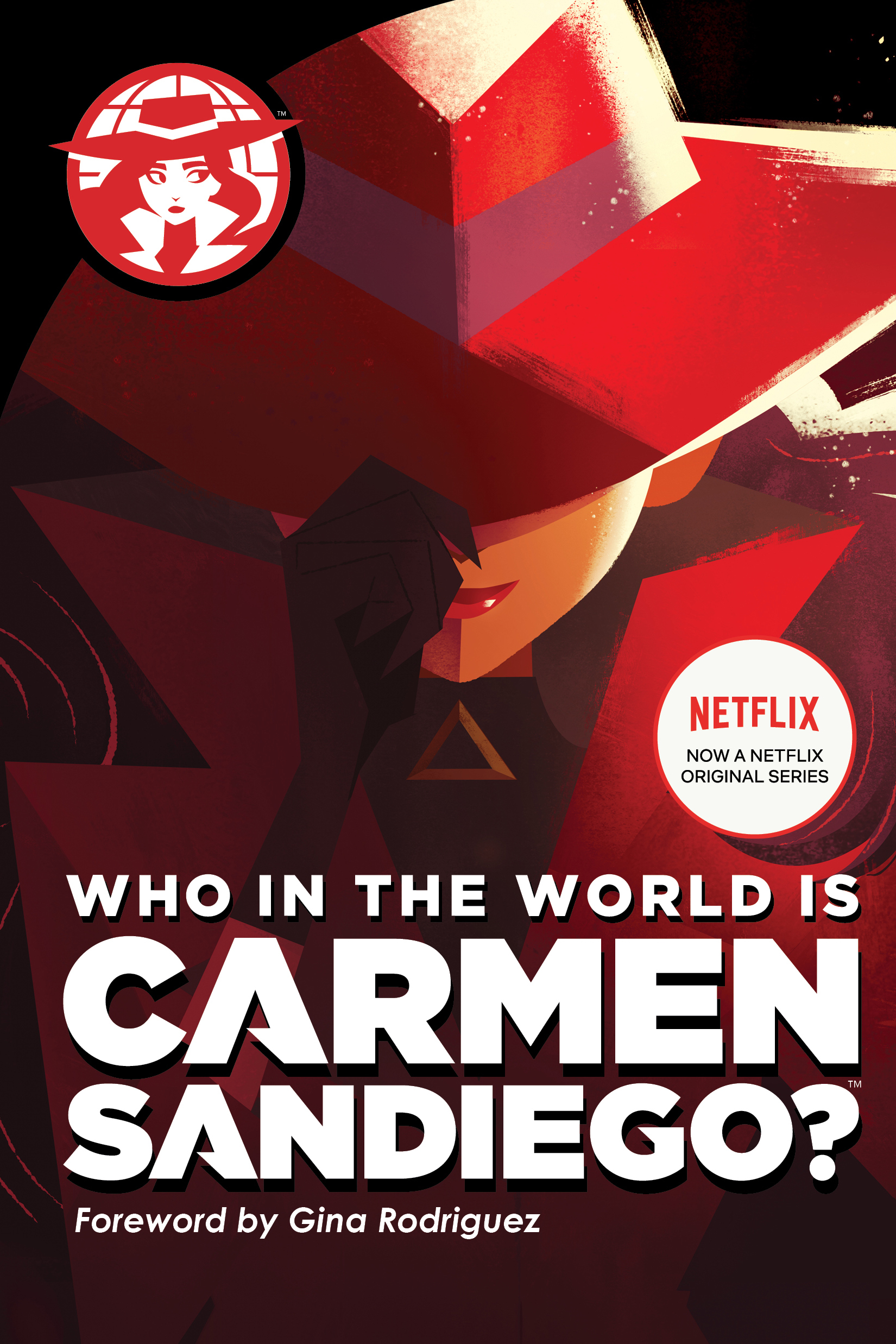