Weekends with Max and His Dad

From acclaimed author Linda Urban comes a sweet and funny illustrated novel about third-grader Max, who pursues neighborhood adventures with his dad as they both adjust to recent changes in their family.

Max and his dad love their weekends together. Weekends mean pancakes, pizza, spy games, dog-walking, school projects, and surprising neighbors! Every weekend presents a small adventure as Max gets to know his dad’s new neighborhood—and learns some new ways of thinking about home.

Acclaimed author Linda Urban deftly portrays a third-grader’s inner world during a time of transition in this sweet and funny illustrated story that bridges the early reader and middle grade novel.

About the author
Linda Urban

Linda Urban's debut novel, A Crooked Kind of Perfect, was selected for many best books lists and was nominated for twenty state awards. She is also the author of Hound Dog True, The Center of Everything, Milo Speck, Accidental Agent, and the chapter book Weekends with Max and His Dad, which received two starred reviews. A former bookseller, she lives in Vermont. Visit Linda online at lindaurbanbooks.com and on Twitter at @lindaurbanbooks.

Katie Kath is the illustrator of many middle-grade novels and several picture books. She lives in North Carolina. Visit her online at ktkath.com.

When Max’s dad came to pick him up on Friday night, he said, “Tomorrow, I will show you my new neighborhood.”

“Sorry, Dad,” said Max. “Tomorrow I have spy duty. You’ll have to call me Agent Pepperoni.”

“But you can be my helper spy,” said Max. “You can be Agent Cheese.”

Max had it all planned out. He had been reading The Sneaky Book of Spy Skills and had been waiting until the weekend to try what he had learned. As they drove from the house Max lived in with Mom to his dad’s new apartment, Max imagined himself sneaking through dark shadows and collecting top-secret information. He imagined Dad sneaking alongside him. Dad would not be wise in the ways of spies like he was, but Max didn’t mind. He would tell Dad what to do.

When Dad opened the door, the new apartment was dark. He flicked on the lights. “What do you think?”

“It is very clean,” said Max. He thought that sounded nicer than saying it was very white. The kitchen had a white counter and white tile floor and a white breakfast bar between it and the living room. The living room was white too, except for a black TV and an orange armchair Max recognized from Grandma’s house. The rest of the room was empty. Max thought it would be perfect for practicing spy moves like leaping into action and falling from tall buildings. “I like it,” said Max.

“I haven’t had much time to unpack,” said Dad.

He showed Max a white bedroom with white walls and lots of cardboard boxes and a mattress on the floor. “This is my room,” said Dad. “And this is the bathroom.” The bathroom was white too, but there were two pale-green towels hanging on hooks and two very new-looking toothbrushes on the white countertop.

Max opened a door under the sink. There was nothing in the cupboard. A good place for hiding, he thought. “I like this, too,” he said.

“Would you like to see your room?” asked Dad.

Max expected another white room with cardboard boxes, but when Dad opened the door, that is not what he saw. He saw a room with blue walls and a bed with a silver blanket. There was a blue dresser and football-print curtains and a lamp with a Detroit Lions football helmet for a base. And two framed photographs: one of Max and Mom at Cedar Point Amusement Park and one of Max and Dad at a football game.

“It’s very blue,” said Max. He didn’t want to say what he was really feeling. What he was feeling was like somebody was sitting on his chest. Max had liked the Detroit Lions last year, when he was in second grade. He still liked the Detroit Lions now, but not as much. And he did not think he liked blue very much at all. He could not imagine a spy with a blue room and football curtains.

Max did not want to hurt Dad’s feelings. “I’m tired,” he said. He pretended to yawn.

Max brushed his teeth with one of the new toothbrushes in the new bathroom. Dad said there were new pajamas in his new dresser, but Max put on the soft old ones from his big weekend bag. He got out The Sneaky Book of Spy Skills and got into his new bed.

“That’s right,” said Dad. “You are Agent Pepperoni and I am Agent Flash.”

Dad grinned. “Thought I could sneak that past you.”

“You can’t sneak things past a spy,” said Max.

“So I see.” Dad tilted the book in Max’s hands so he could read the title. “Does this book say what a helper spy does?”

“A helper spy does what the main spy tells him to. He jots down notes. He takes pictures. He is on lookout,” said Max.

“Then we’d better get some shuteye.” Dad kissed Max on the forehead. He tucked the silver covers under Max’s chin. He pulled shut the football curtains and turned off the helmet lamp. “Good night, pal.”

Gray light filtered through the space between the football curtains and made shadows on the walls. Max heard a thump and a rumble that were probably the heat turning on.

There were footsteps overhead and a clicketa-clicketa-clicketa sound. There was a clank and a whoosh and voices. Max knew that these sounds were probably other people in other apartments.

But Max was a spy. He knew the sounds could be other things. Dangerous things.

“You don’t have to wait until tomorrow if you want. You can be on lookout now.”

Saluting was for the army, not for spies, Max knew, but he could tell Dad that tomorrow. Tonight Agent Cheese was on lookout, and that was good enough.

"Fans of Clementine and Ramona have a reason to rejoice: there's a new kid on the block (at least for the weekend). Bighearted, hilarious, and tender, Weekends with Max and His Dad is an absolute charmer." —Katherine Applegate, Newbery medalist

* "Urban’s subtle and perceptive take on divorce will resonate with children facing similar predicaments as she blends Max’s worries and “someone-sitting-on-his-chest” feelings with a vivid imagination and good intentions that take father and son on some very entertaining adventures—with future ones planned."

* "Urban excels at credibly presenting this situation from Max’s third-grade point of view... Urban’s writing is both crisply specific (a basset hound “sniffed as she walked through puddles, dragging her ears like flat-bottomed boats”) and simple enough to be accessible."

"Urban’s touch is light throughout, and with likable characters... and a story just right for budding chapter-book readers, she’s off to a good start."

"The cast of characters grows throughout, but at the heart of the story is Max’s warm, easygoing relationship with his father." 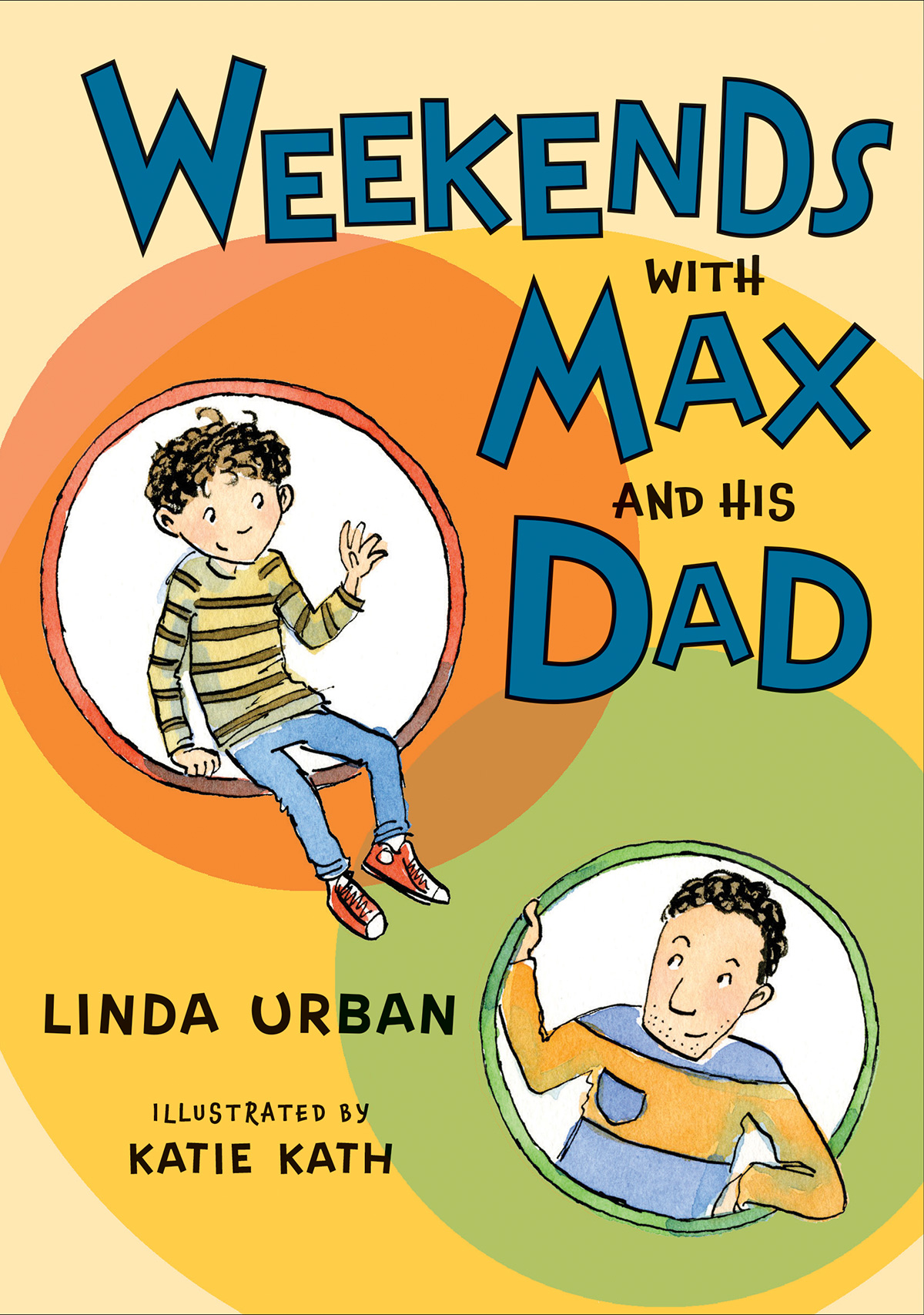