Vegan Food for the Rest of Us: Recipes Even You Will Love

Vegan cooking for regular people, by the author of the witty Beat This! Cookbook

Recipes for regular people who love great food by "a humorist and cookbook author whose recipes really work."

To create her very best recipes for Beat This!, a cult favorite and a hilarious book full of seriously delicious recipes, Ann’s formula was simple: "Double the chocolate and add bacon." But when she decided to go vegan, what in the world was she going to put in her pound cake—buttons?

For a while, her kitchen resembled a molecular gastronomy lab. After a hellish incident with seitan, she made a decision: No more foods that made her hungry for her former life. No recipe would make the cut in her new life unless her husband liked it enough to beg for second helpings. More than 100 Hodgman-family-tested recipes later, Vegan Food for the Rest of Us was born, full of brilliantly original culinary discoveries, honest and funny writing, and yes, the very, very best recipes.

About the author
Ann Hodgman

"Hodgman (Beat This, Beat That) tackles with humor the challenge of making food without animal products. The text is filled with a chatty sass that is the author's trademark ... Unlike other vegan cookbooks that start with the rationales for going vegan, Hodgman's explanations are saved, like a punch line, for the end and are summed up with 'right vs. wrong period.'" –Library Journal

"If you like reading cookbooks for more than the recipes, you need to read Ann Hodgman, one of the few cookbook writers whose introductions (we call them headnotes) and even recipe names regularly make me chuckle, if not guffaw. Her latest book, “Vegan Food for the Rest of Us”  is no exception, except now, as you can tell by that title, Hodgman, 60, is bringing her matter-of-fact sense of humor to the topic of vegan cooking, something she has been trying to master since becoming vegetarian in 2009."

"In her newest cookbook, Hodgman convinces naysayers and skeptics that veganism doesn't have to be pretentious."- Publishers Weekly 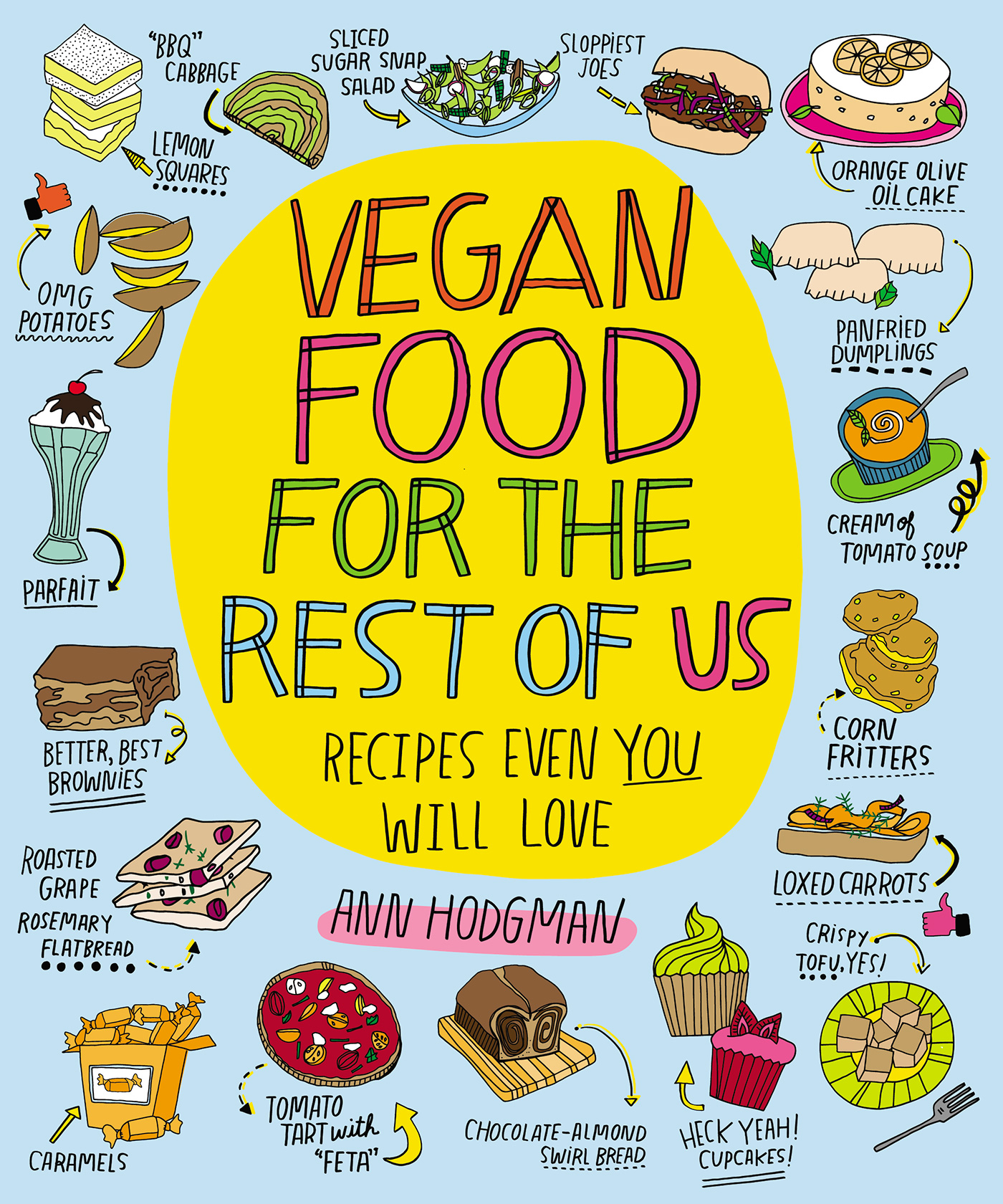