Turn Left at the Cow

Thirteen-year-old Trav feels like a fish out of water in rural Minnesota as he teams up with his new neighbors to find a stash of stolen loot and solve the mystery behind the swirling town rumors that his dad was a bank robber.

Thirteen-year-old Trav has always wondered about his dead-before-he-was-born dad. But when he heads from California to his grandmother's house in rural Minnesota, hoping to learn about his past, he gets more than he bargained for.

It turns out his dad was involved in a bank robbery right before he mysteriously disappeared, and the loot from the take is still missing. Along with Kenny and Iz, the kids next door, Trav embarks on a search for the cash. But the trio’s adventure quickly turns dangerous when it becomes clear that someone else is looking for the money—someone who won’t give up without a fight!

About the author
Lisa Bullard

Lisa Bullard, the author of many picture books and nonfiction titles for younger readers, published Turn Left at the Cow in 2013.

There were so many dead bodies stuffed into Gram’s freezer chest that it was kind of like wandering through a cryonics lab. You know, one of those places where they turn rich old guys into Popsicles? Gram had been hearing odd noises from her cellar for a while now, and she was convinced it was this dying freezer she kept there. So my punishment for the day was to clean it out and stuff everything into these jack-o’-lantern leaf bags that Gram had been saving since who knows how many Halloweens ago.

In grandma land, even the contents of the freezer were way different than what I was used to. Agreeing on what a freezer should hold seemed to be the only thing my new stepfather and I had in common. But here, instead of meeting up with my best buds Ben and Jerry, I was finding nemo and his friends, wrapped up in white packages with writing on the outside so you could clue into whichever member of the magical forest had taken a hit and when.

I stuffed “Duck” and then “Venison” and “Walleye” into another one of the pumpkin bags. Man, those packages had been waiting to be set free longer than I had. Maybe the noises Gram had been hearing weren’t from the freezer. Maybe they were from the ghosts of all these dead things, plotting up some serious revenge.

By the time I reached the bottom of the frozen graveyard, Gram’s cellar was feeling a lot like one of those the-killer-is-in-the-basement places, where the stupid kid always ends up kicking it in slasher movies. only one big ice-covered box was left. I bent over the side of the freezer chest and tugged at the corner of the box. Not enough leverage—the thing was iced in place as if it had been gorilla-glued.

I hoisted my upper half deep into the chest and yanked again. No go. I  leaned way over, hanging on to the edge of the freezer with one hand while I grabbed the box with the other. Then I got my Hulk on and gave one last mighty pull.

That’s when nemo and his friends finally took their revenge. Turned out the stupid box was heavier than I’d realized. I  leaned too far and pulled too hard, and then the box broke free and I over-ended into the appliance of death.

As I was falling in, something rolled out of the box into the bottom of the freezer. the last thought I had before I landed on it was that maybe I had some mutant form of jet lag or something. Because I could have sworn it looked exactly like a head.

"Family secrets, an unsolved bank robbery, summer on a lake, a treasure island and a first romance are the ingredients for this inviting middle-grade mystery. . . . A promising fiction debut."

"Bullard has a good sense of family and community dynamic and articulates complex conflict and resolution with honesty and humor. . . . With a warm narrative, careful plotting, actual danger, and the beginnings of romance, this adventure has something for everyone."

"Through strong character development, Bullard is able to explore family dynamics in a way that is both relatable and informative. Fans of books like Sheila Turnage's Three Times Lucky are sure to enjoy this suspenseful and heartwarming novel." 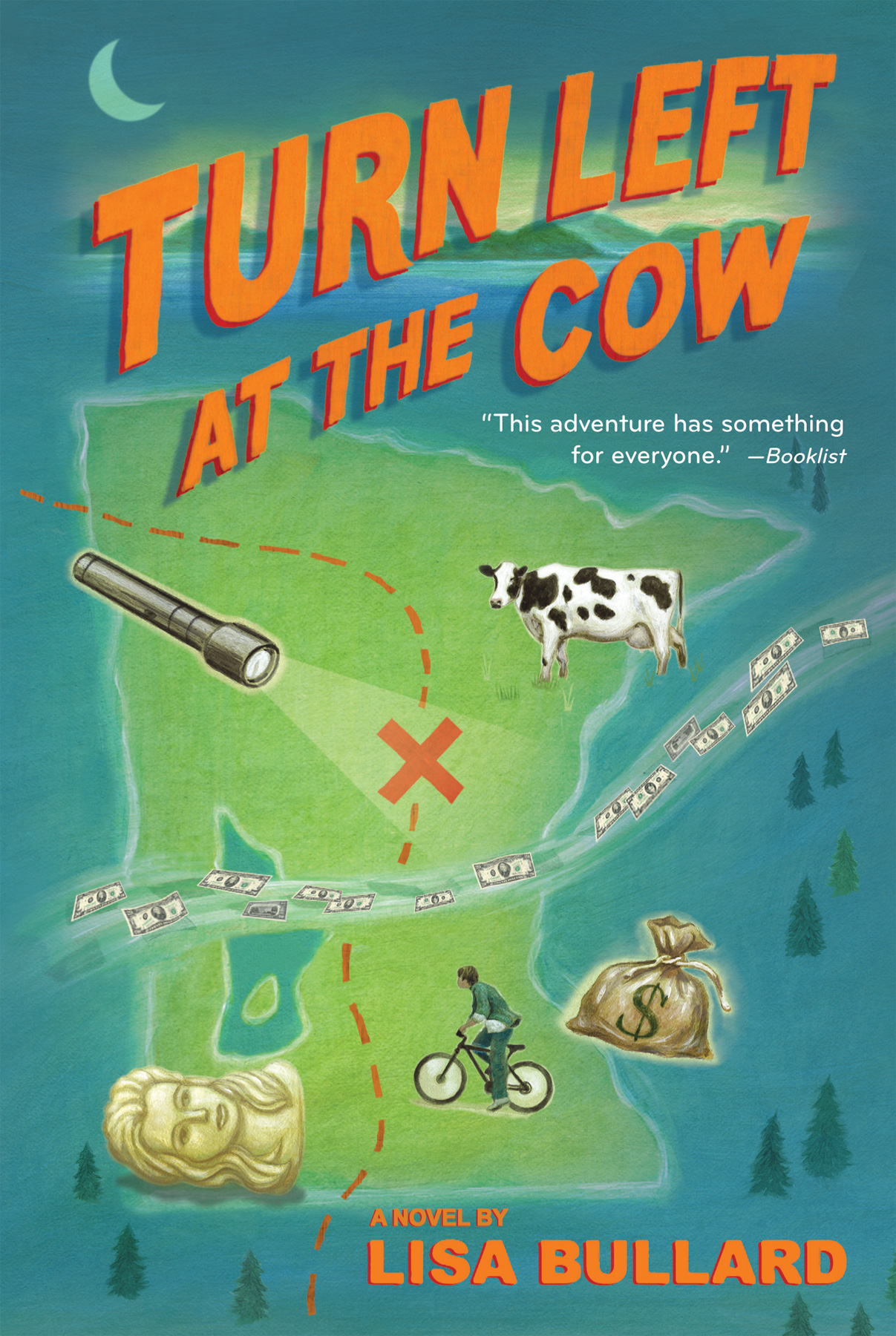