In this hilarious and heartwarming companion to the Geisel Honor-winning picture book Ball, there's a new dog in town and he doesn't want to play ball, he wants a TREAT.

As the old saying goes, “Give a dog a ball, and he'll beg to play for days. But give a dog a treat, and he’ll never stop begging.”

In this companion to Mary Sullivan's Geisel Award-winning Ball, there's a new dog in town and he is focused on finding a treat, no matter the cost. But endless tricks and futile searching (you can't eat Grandma’s dentures!) can be pretty exhausting. Just when he’s about to give up hope . . . what’s this? TREAT!

In this hilarious and heartwarming graphic novel/ picture book hybrid, readers will rejoice and laugh as they recognize the silly, but always determined, behavior of man’s best friend.

About the author
Mary Sullivan

Mary Sullivan spent a great deal of time drawing in her formative years. Though she received a BFA from the University of Texas at Austin, she considers herself a self-trained illustrator. Ms. Sullivan has shown her work at galleries and coffees shops in Dallas and Austin. She channels her considerable creative energy  into projects for Highlights for Children, Scholastic, Innovative Kids, School Zone, Oxford Press U.K., Pearson and many more. Her first picture book for HMH, Ball, was a 2014 Geisel Honor Book. She lives in Cedar Park, Texas.www.marysullivan.com Twitter: @sullivandraws Instagram: @sullivandraws

* "Sullivan has created quite a treat herself: a canine hero with a one-track mind and an endlessly expressive one-word vocabulary (aided by comically frenetic typography) whose approach to thwarted desire is, as any child will recognize, all too human."

"Sullivan’s digitally colored pencil illustrations are packed with imagination, energy, and humor, and the dog’s many emotions are captured particularly well. Kids will eat up this over-the-top ode to snacks."

This is a welcome addition to the series and any collection." 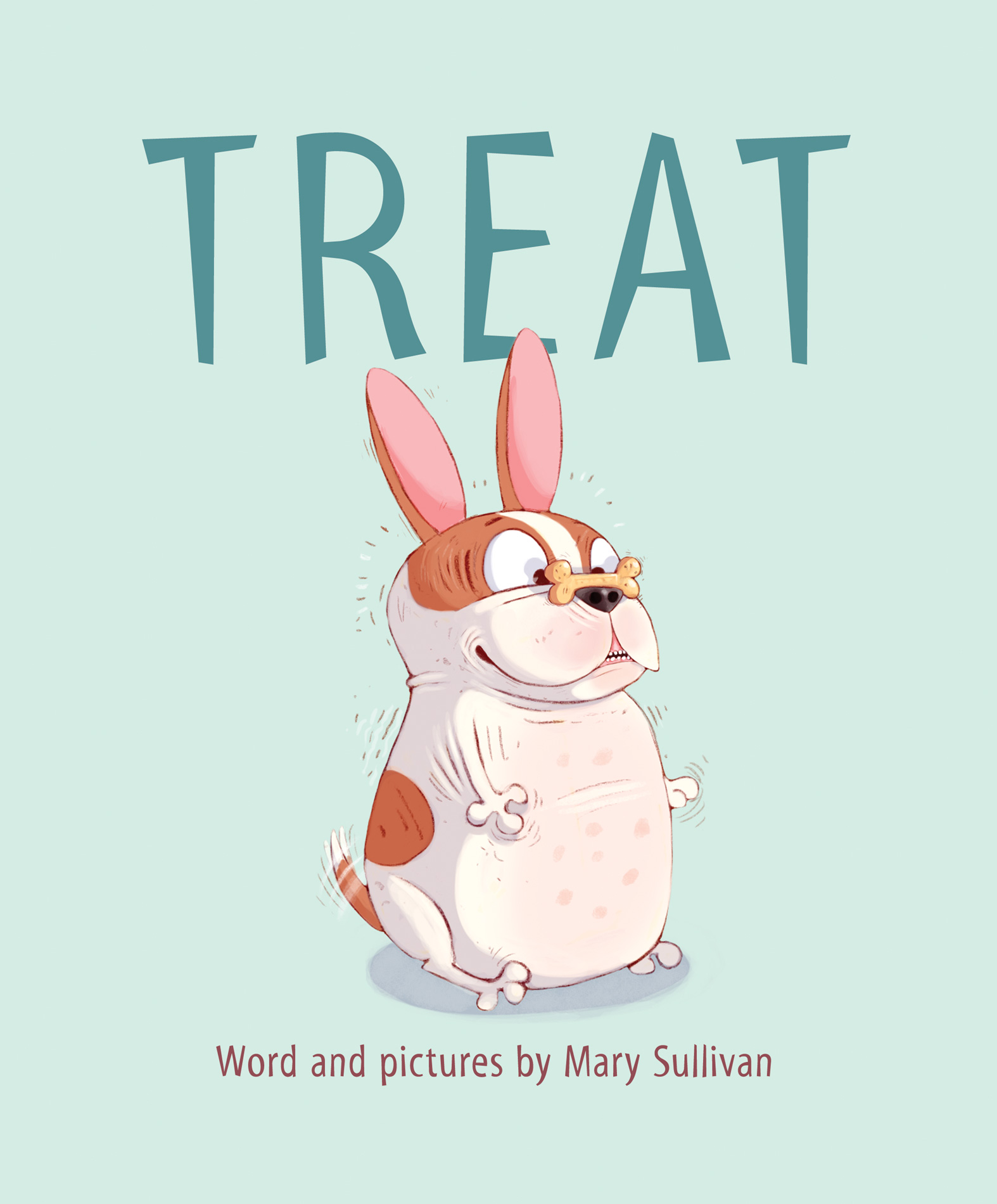