Till Death Do Us Bark

In this third tale from 43 Old Cemetery Road, author Kate Klise and illustrator M. Sarah Klise deliver a runaway mystery told in letters, limericks, a Last Will, and loose change. Heads or tails, it’s guaranteed to please cat and dog lovers alike—and anyone who’s ever tried to keep a secret.

When a dog arrives at Spence Mansion, Seymour is overjoyed. His adoptive parents, Ignatius B. Grumply and Olive C. Spence, are less enthusiastic—especially when Secret, the dog, begins barking all night long. Is it possible Secret just misses his old companion, the late Noah Breth, whose children are fighting like cats and dogs over their father’s money? Or does Secret have a secret that, in the end, will make the entire town of Ghastly howl with delight?

About the author
Kate Klise

Kate Klise is the author of many punny and funny middle grade novels, including all of the books in the popular 43 Old Cemetery Road series. She has also written a number of picture books and young adult novels. Ms. Klise lives in Norwood, Missouri. For more information about Kate, visit www.kateandsarahklise.com.

M. Sarah Klise illustrates picture books and middle grade novels with a graphic twist. She also teaches art to children and adults in the Bay Area in California. For more information about Sarah, visit www.kateandsarahklise.com.

"As always, the authors keep readers giggling . . . Good, merry fun dances on every page, with bubbling humor for child and adult alike."—Kirkus Reviews"The Klise sisters have their formula down to a science: a heavily illustrated, comedic/ghostly mystery revealed in a series of letters and documents by a quirky cast whose pun-filled names are truly groanworthy."—Booklist

Praise for Dying to Meet You:

"This first title in a new series will appeal to readers, especially reluctant ones, as it moves quickly and leaves its audience eager for book two."—SLJ

Praise for Over My Dead Body:

"The laughter continues in this second installment."—Kirkus Reviews

"All in all, the short, graphic-heavy text and broad humor will appeal to middle grade readers."—SLJ

Praise Regarding the series:

"Consistently clear and often hilarious, [Regarding the Trees] and its series mates may well become perennial favorites with young readers."—Kirkus Reviews 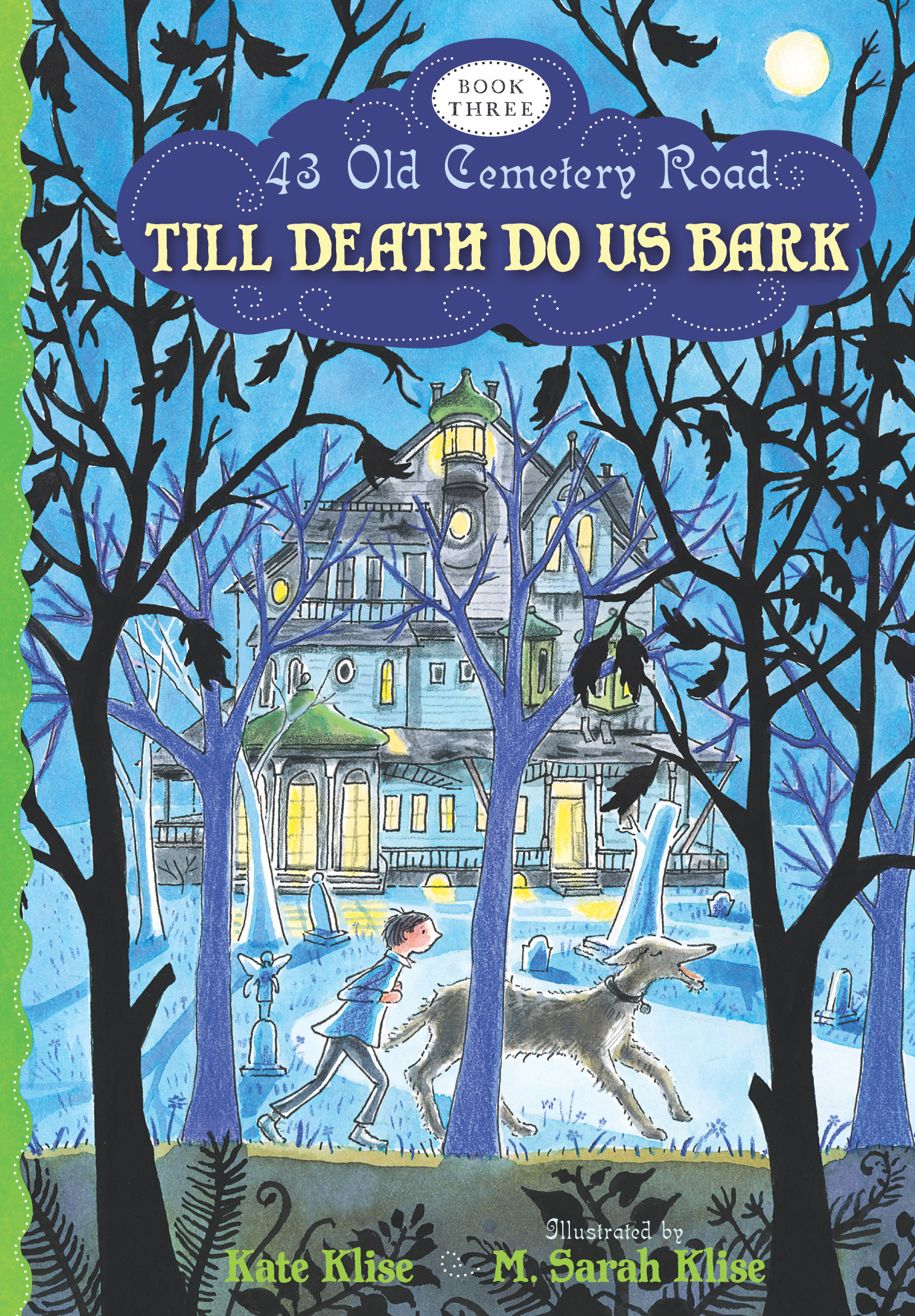