Throw Them All Out: How Politicians and Their Friends Get Rich Off Insider Stock Tips, Land Deals, and Cronyism That Would Send the Rest of us to Prison

Peter Schweizer's Throw Them All Out exploded onto the political scene in November 2011, shocking the nation and shaking Washington to its core. The book became an instant bestseller — but, more importantly, it also shone a necessary spotlight on legal loopholes that allowed members of Congress to get rich off insider information. Throw Them All Out fueled political will to stop these practices once and for all. Schweizer's powerfully argued book broadcasts an essential message — public service must never be exploited for private profit — that will resonate throughout the 2012 election season, and beyond.

THE BOOK WASHINGTON DOES NOT WANT YOU TO READ

How is it that politicians often enter office with relatively modest assets, but then, as investors, regularly beat the stock market and sometimes beat the most rapacious hedge funds? How did some members of Congress know to dump their stock holdings just in time to escape the effects of the 2008 financial meltdown? And how is it that billionaires and hedge fund managers often make well-timed investment decisions that anticipate events in Washington?

In this powerfully argued book, Peter Schweizer blows the lid off Washington’s epidemic of “honest graft.” He exposes a secret world where members of Congress insert earmarks into bills to improve their own real-estate holdings, and campaign contributors receive billions in federal grants. Nobody goes to jail. Throw Them All Out casts light into the darkest corners of the political system — and offers ways to clean house.

"Throw Them All Out is filled with stories of petty theft and so-called 'honest graft' . . . Unsparingly bipartisan in [its] criticism of Washington . . . Mr. Schweizer has performed a valuable service to his country." — Washington Times

About the author
Peter Schweizer

PETER SCHWEIZER is a research fellow at the Hoover Institution, Stanford University, and he is the founder and director of the Government Accountability Institute. He has written for the New York Times, Wall Street Journal, Newsweek/Daily Beast, and elsewhere. His books include Throw Them All Out, which exposed congressional insider stock trading and led to the passage of the STOCK Act. 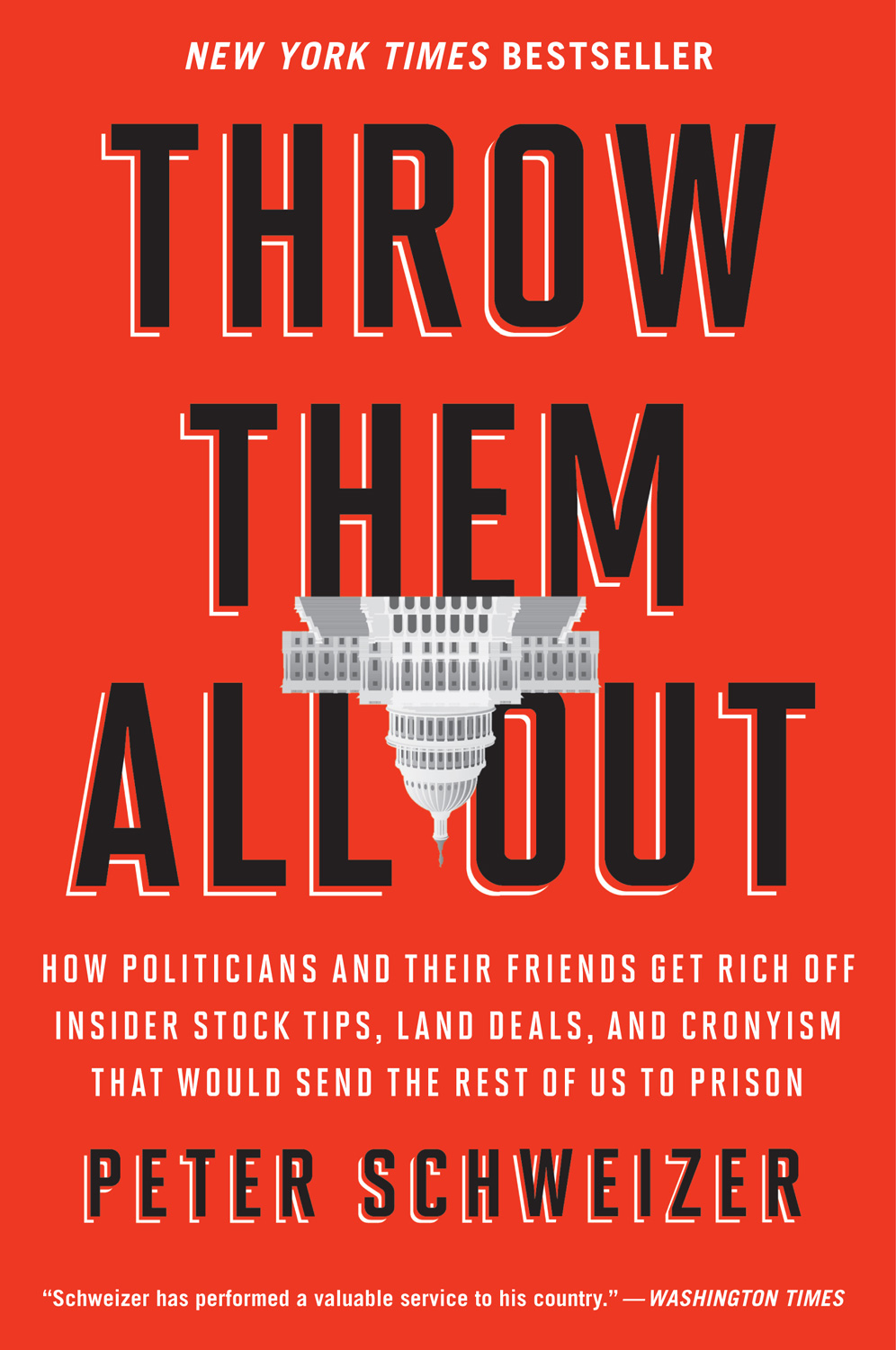