Decades after environmental and economic collapse, pockets of settlements struggle to maintain a much-reduced civilization by strictly rationing resources—including the ability to have children. Enid of Haven, an investigator in this community, travels to a far-flung village with her new, inexperienced partner to settle a minor resource dispute. But while there, the murder of an outsider demands her attention, and leads to explosive secrets.

“The Wild Dead is a tightly plotted mind-thrill . . . This is the feminist dystopian mystery series you didn’t know you needed.” — Meg Elison, Philip K. Dick Award–winning author of The Road to Nowhere series

Mysteries and murder abound in the sequel to the Philip K. Dick Award–winning Bannerless

A century after environmental and economic collapse, the people of the Coast Road have rebuilt their own sort of civilization, striving not to make the mistakes their ancestors did. They strictly ration and manage resources, including the ability to have children. Enid of Haven is an investigator, who with her new partner, Teeg, is called on to mediate a dispute over an old building in a far-flung settlement at the edge of Coast Road territory. The investigators’ decision seems straightforward — and then the body of a young woman turns up in the nearby marshland. Almost more shocking than that, she’s not from the Coast Road, but from one of the outsider camps belonging to the nomads and wild folk who live outside the Coast Road communities. Now one of them is dead, and Enid wants to find out who killed her, even as Teeg argues that the murder isn’t their problem. In a dystopian future of isolated communities, can our moral sense survive the worst hard times?

“An intriguing mystery made compelling by its post-apocalyptic setting . . . Another great read from Vaughn.” — S. M. Stirling, New York Times best-selling author of The Sky-Blue Wolves and Dies the Fire

About the author
Carrie Vaughn

Carrie Vaughn's work includes the Philip K. Dick Award winning novel Bannerless, the New York Times Bestselling Kitty Norville urban fantasy series, over twenty novels and upwards of 100 short stories, two of which have been finalists for the Hugo Award. An Air Force brat, she survived her nomadic childhood and managed to put down roots in Boulder, Colorado. Visit her at www.carrievaughn.com.

Chapter One • The Estuary

Most regions Enid visited, she could find something to love about them, some enticing and beautiful detail about the landscape, the people, the mood of the place. A reason folk would want to stay and scrape out a living in less-than-ideal situations when a dozen other settlements had more resources and less disease, and would gladly welcome extra hands. Even the rainless, baking salt flats at the southernmost end of the Coast Road had isolation to recommend them, for those who wanted to be left alone. And just to show that every place had a reason for existing, the people of Desolata household there exported the salt they collected from the flats on their own trade route.

But here in the Estuary, Enid had to consider for a while what exactly the appeal was. Over the damp marsh where the San Joe River drained, clouds of bugs rose up through a sticky haze, shimmering with heat. Squealing gulls gathered, circling on slender wings, drawn by some rotting treasure. There were no orchards here, no pastures, no rippling fields of grain. Instead, a dozen scraggly goats, stuttering their calls to one another, picked at brush along the last trailing edge of the Coast Road. Presumably, there were fish in the river to eat, along with shellfish and the like this close to the ocean. In checking the settlement’s records, Enid had learned that it rarely exceeded quotas—because there wasn’t enough to start with. The folk rarely earned banners, either, and had few children. Why would anyone stay in such a place? Perhaps because in the end it was home?.?.?. and sometimes that was enough.

The sunlight here had a bronze cast that she had never seen anywhere else, and the light made the water seem molten, flashing with ripples to the horizon, broken up with stands of marsh grass and the sticks of old dead trees. If you’d lived here forever, the light might seem warm, the air like a favorite blanket on the skin.

That was what she told herself, to try to understand the people here a little better. Because at the moment, her patience was waning.

“Would you look at that,” her new partner, Teeg, murmured, clearly amazed. A short, sturdy kid, he shaded his eyes with one hand and gripped a staff with the other. Had a manic way of moving, like he’d rather be running ahead than slowing down enough to be methodical. His shining black hair was tied in a short, sloppy braid at the back of his neck, and his lips always seemed to be pursed, like he was thinking hard. When he wasn’t talking. This was his first official case as an investigator. “They said it needed repairs. I thought they meant a new roof, maybe it had holes in the walls. Does it even count as a house anymore when it looks like this?”

Erik, head of the Semperfi household, looked at the young investigator with dismay.

Erik’s request for a mediation had brought Enid and Teeg to the Estuary. Semperfi household had a building that needed repairs, Erik’s request had stated. The community refused to help with those repairs, despite all the support Semperfi had provided to other households over the years. Records supported this assertion—Semperfi had been the first household in the region, and was an anchor. Normally, a town’s committee would mediate this kind of disagreement, but the Estuary didn’t have a committee. Didn’t need one, the people claimed. They didn’t consider themselves a town, but a loose collection of households whose members preferred to rely on themselves and one another. The regional committee at Morada set quotas and awarded banners, and medics came through a couple of times a year to check birth-control implants and general well-being. Place like this didn’t need a committee until it did, and so Erik’s household had to send for investigators to settle the dispute. Now that Enid and Teeg were here, it became clear to them that the building in question was far past anything resembling salvageable.

The structure, a sprawling, single-story block of a house, was old, a pre-Fall construction. Wood and brick walls sat on a crumbling concrete slab, covered with some kind of plastic siding that was cracked and disintegrating. What strips of it remained were held up with nails, twine, and hope. It might have been blue once, but it had long ago faded to a sickly gray. The siding survived only on the lee side of the house; the windward was built up with wood slats and leather hides—?layers and layers of them—evidently replaced as the next bout of wind tore them off. Likewise, the slanted roof might once have had purpose-made shingles, slate tile or plywood, but the decades hadn’t been kind and the surface was now patched with reeds and hides. What was left of the structure still dripped from last week’s bad storm.

All that was bad enough, but the land under the house was falling away. Years of storms had eaten at the ground, mudslide after mudslide eroding it until half the house now stood over nothing but air. This last storm had made the problem critical. Huge slabs of concrete lay at the bottom of the slippery hill, the house’s foundation lying in crooked, broken pieces, sliding inevitably toward the river. Tree trunks, two-by-fours, scavenged steel rebar, and rusted scaffolding precariously held up what was left. A house partway on stilts—not like the sturdy pylons of the other structures in the area, but thin and haphazard. A breeze would knock it down. Somehow it was all still standing. Clearly, the structure was at a literal tipping point. If it lost any more ground, the whole thing would fall. No amount of stopgap framework supports could possibly keep it stable. And yet, the folk of Semperfi were clearly trying.

Even the overly emotional testimonies of folk from Bonavista and Pine Grove, the first two households up the path up here, couldn’t possibly have prepared Enid for how bad the wreck really was. The folk had complained about how awful the house was, that it was a waste of resources—about the worst insult possible. It never should have required investigators to decide this.

“It’s a lovely view, anyway,” Enid murmured, looking out over the sluggish river and golden, shimmering marshes of the Estuary. A century ago, there’d probably been an entire neighborhood, an entire city, of nice houses just like this one—or just like this one must have been, once upon a time—a grid of streets, sturdy street lamps lighting it all up bright as day at all hours of the night. Signs of that old world littered the marsh, all the way to the horizon. Canted blocks of concrete, broken towers of steel, whole berms of debris washed up on the tide. Some of the households here made their living by scavenging. Lots of that to be had, constantly turned over by waves and storms.

Before the Fall, this neighborhood would have been miles from the ocean. Back then, flooding may not have even come close. But then it had, and the other houses fell away. Semperfi had saved this tiny little scrap of that ancient neighborhood, and there was something poignant about that. They might have had folk living in it, parent to child, ever since the Fall. But there came a point when no amount of effort could save a thing, and surely this structure wouldn’t last another storm.

Erik pleaded the house’s case desperately, speaking quickly, as if speed would give his argument more weight. He knew what Enid and Teeg must be thinking. “Yes, it’s in poor shape, but?.?.?. there&rsquo...

"Enid is a capable, honest, relentless seeker of answers, and her investigation is reminiscent of classic hardboiled mysteries. Despite an almost palpable air of claustrophobic foreboding, this tale still manages to convey a sense of hope and optimism." —Publishers Weekly

"Structurally, this is a standard police procedural; it’s the environment, the carefully constructed future society, that gives it a unique flavor. Beautifully executed." —Booklist 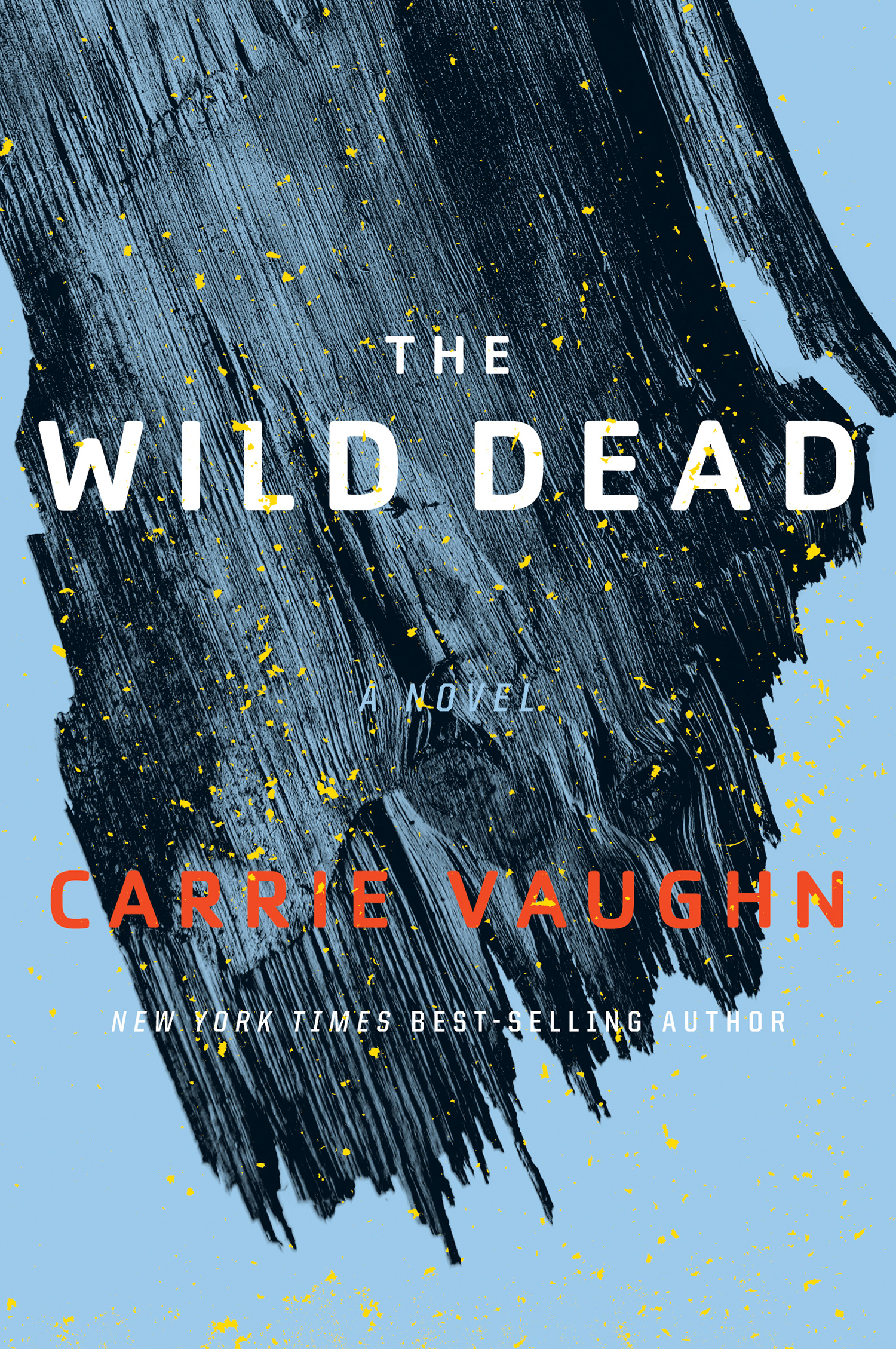