The wishing well is all used up, its magic drained, its enchantment gone dry. Or has it? In a reckless moment, Gordy threatens the old well, telling it to get going with its magic or else! and suddenly he and his friends are plunged into just the sort of adventures they’d longed for. But is it really the well’s magic that transforms troublemaker Dicky LeBaron from ne’er-do-well to hero? Or keeps Appledore’s orchard in bloom? Or sends James on a daring rescue of a damsel in distress? Does it matter? Sometimes the best kind of magic is the kind that isn’t so magical at all . . .

I know people who say they can read any kind of book except an “I” book, and sometimes I think I agree with them. When I say “I” books, I mean the kind where somebody tells the story, and it starts out, “Little did I think when I first saw the red house how large it would loom in my life.” And later on, the person sees a sinister stranger digging a grave in the garden and he says, “If I had only remembered to telephone the police next morning, seven murders might have been averted.”

Laura and I often run into books like that, and Laura always says she holds the people who tell those stories in utter contempt, which is her way of saying they give her a pain. If we saw a sinister stranger digging a grave in our garden, we would remember to telephone the police, all right. And when we first saw our red house, we knew how large it would loom.

Laura is my sister, and not bad as sisters go. Sometimes she has quite sound ideas.

Laura says I should begin the whole thing because I have a well-organized mind. I am not boasting. That about my mind is what Mrs. Van Nest said one day. Mrs. Van Nest is our teacher, and sometimes her ideas are quite sound, too. She lets us do book reports on any book we like, and it doesn’t have to be on the list.

So I am beginning this story, and after that each one will tell what happened to him or her, as the case may be, and each one will tell it in his own way. Only we have made one rule, which is not to tell about the days when nothing happened, because who would want to read about them? And another rule is not to put in things that don’t mean anything and are just there to try to make it more exciting. Like saying, “There I stood, my heart beating.” Naturally your heart would be beating. Otherwise you wouldn’t be standing there; you’d be lying down dead.

But we are going to stick to the facts.

The first important fact about me is that my name is James Alexander Martin and I am in grade six-one-A, Mrs. Van Nest’s homeroom. Kip and Laura and Lydia are all in my class, too, but Gordy is in six-one-B and has to have Miss Wilson. Wow, do I pity him!

We try to be specially kind to Gordy, for that and other reasons, but sometimes we forget. Gordy is not a person who makes it easy for other people always to remember. Sometimes we have to be firm with him for his own good, but we try never to stoop to physical violence. Physical violence never solved anything in the world, we all realize. But sometimes with Gordy we forget that, too, or at least Kip and I do. Girls are soft.

If you wonder why Laura and I are in the same class in school, it is because we are the same age, being twins. But we do not look alike, or think alike, either, particularly about the magic, only that comes later.

As for my other sister Deborah, she is a mere babe, just starting the first grade, and by rights she shouldn’t come into this story at all. But rights have never meant a great deal to Deborah.

The story I’m talking about began one day in fall.

Of course it really began long before that, way back at the beginning of the summer, when Laura and I and our family first moved into the red house on Silvermine Road. Before that we lived in New York City.

The red house has a well in the garden, and the day we moved in a girl called Lydia Green, who lives in a funny big old place up the road, told us that it was a wishing well. Of course I knew better than to believe that. But Laura would believe anything, or try to.

Still, some very strange things did happen that summer. A lot of quite good wishes came true and some pretty keen good turns got done. That was the way the well was supposed to work. Selfish wishes didn’t mean a thing to it.

We got our heart’s desire in the end, too, just like in that book The Wonderful Garden by E. Nesbit that Laura is so crazy about. It is not a bad book, by the way. A boy runs away and so does a tiger, and a portrait comes to life. The ending is nifty, if you’re young enough to believe in magic.

I’m not sure whether I am young enough or not. Mostly I think not. Magic doesn’t seem at all like the kind of thing that would be true, when you come to think of it. Still, neither do airplanes and electric lights and outer space, when you come to think of them. And it’s hard to explain the things that happened that summer any other way. Or the things that have been happening since, either. Of course it may all be a coincidence, the way Kip keeps saying.

Kip is a boy called Christopher, only he never is. Never is called that, I mean. He lives on our road, too, across from Lydia. He is a good kid, and just about my best friend, I guess.

He and Lydia and Laura and I were in on the magic (if that’s what it was) from the beginning. Gordy didn’t come into it till later in the summer. We didn’t ask him in exactly, but once he was there, we didn’t mind. Sometimes his ideas are every bit as sound as ours. All he needs is to be curbed once in a while, and shoved back on the right road. He is the victim of an unfortunate environment. His mother is rich. His full name is Gordon T. Witherspoon III.

When we first made the wish about our heart’s desire, we weren’t quite sure what our heart’s desire was, but when we got it, we knew. What it turned out to be was a little old house in the woods, all our own, to have for our secret clubhouse. How we found the house in the first place, and what we found in it, and exactly how it got to be ours is another story, and if you want to read that story, you will have to get a book called Magic or Not? that tells all about it. But we did not write that book ourselves; so it does not have all our thoughts in it, the way this book will.

The part about the heart’s desire came right at the end of the summer, and after that the magic (if it was magic) seemed to be played out. At least we made quite a few perfectly good wishes on the well and they never came true, no matter how noble. That was all right with me, if that was how the well wanted things to end. But the girls said it was probably just resting and would start up again one day when we least expected it. You never can tell with magic. Or not, as the case may be.

And then suddenly it was fall, and for Laura and me there was a new school to get used to, and learning a new teacher’s ways and how to circumscribe them, if that is the word I mean, and that took up all our thoughts, for a while.

“A keen insight into human behavior . . . , a subtle twist of humor, and an ability to hold action to a fast pace keep Mr. Eager’s books well out in front for popularity and charm. This one will delight.”  —Christian Science Monitor

“Delectable wordplay and a light, witty touch make these adventures pure delight. Deserves an exalted place on every bookshelf of classics.”  —Booklist 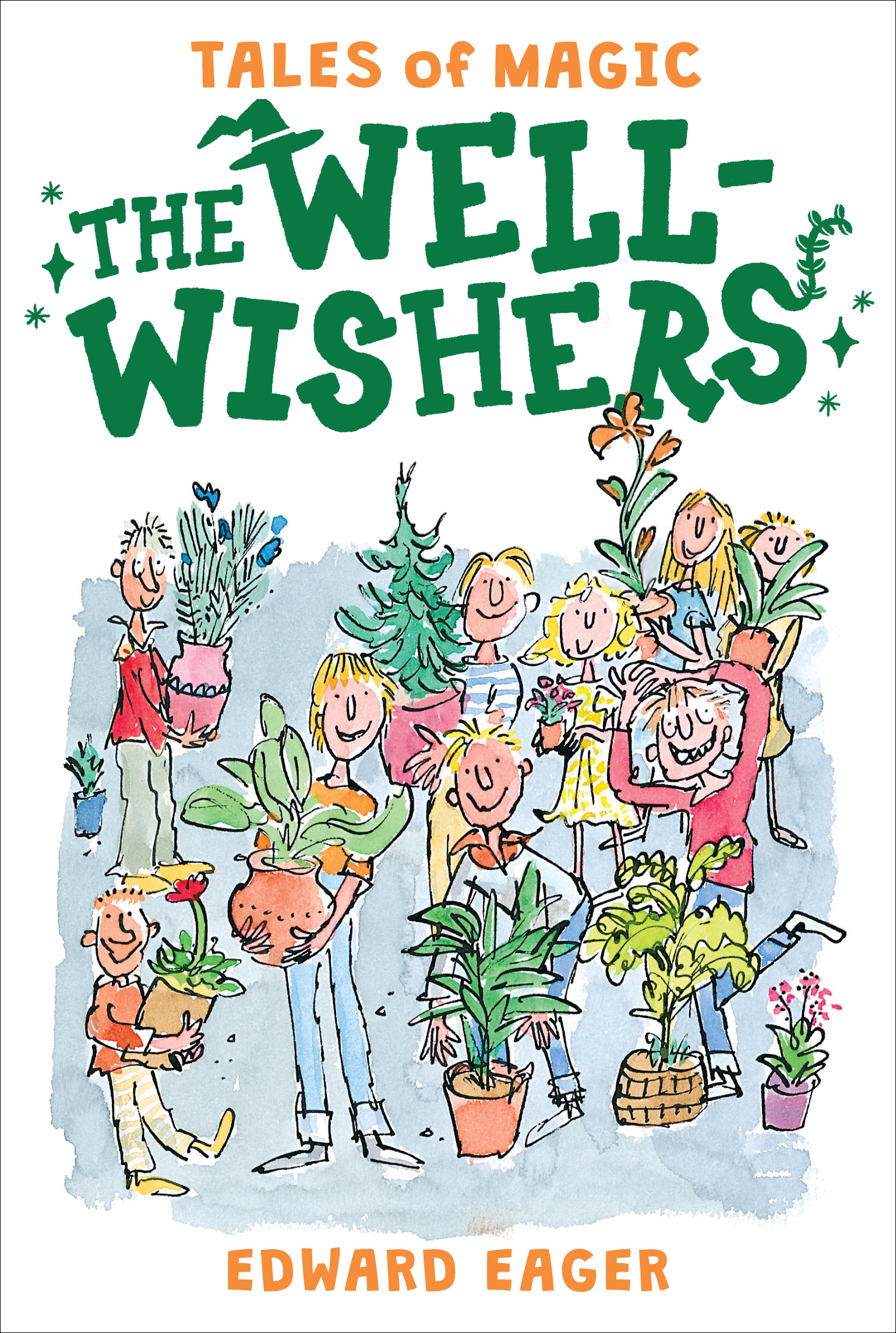