Back to the Future meets When You Reach Me in this provocative, funny novel about time, space, and middle school. Tom has an imaginary twin on another planet—but Eddie and his planet are as real as Tom and his Earth.

Tom is a smart, talented loner with a chip on his shoulder and a big secret: an imaginary twin on another planet. Eddie is Tom's opposite, a friendly, athletic kid who always looks on the good side. Tom worries sometimes: does confiding in Eddie mean he's nuts? The truth is even crazier than that. Eddie and his planet are just as real as Tom and his Earth, but fifty-some years in the past. And the twins are caught up in an alien master plan that might just mean Earth—both Earths—will be destroyed. Switching places and identities, "slipping" between planets and across decades, a desperate escape, and the unraveling of deeper secrets leave Tom and Eddie aware of the danger they're facing and the tools they can use to overcome it.

About the author
Robert Lipsyte

Robert Lipsyte was an award-winning sportswriter for the New York Times and the Emmy-winning host of the nightly public affairs show The Eleventh Hour. He is the author of over a dozen acclaimed novels for young adults and is the recipient of the Margaret A. Edwards Award honoring his lifetime contribution in that genre. He has also written numerous works of fiction and nonfiction for adults. He lives in Manhattan and on Shelter Island, New York, with his wife, Lois Morris, and his dog, Milo. Visit his website at www.robertlipsyte.com.

I don’t fit in at school because I don’t do what I’m told if it’s stupid. I don’t keep my mouth shut when I have something to say. I don’t let bullies push me around. And I can’t just stand there and watch bullies pick on other kids. That’s how I got kicked out of my last middle school.

I was in the cafeteria minding my own business but keeping my eyes unstuck, as usual. You have to stay alert. I was eating at one of the tables back near the trash cans. The zombies call kids who eat at those tables losers, dorks, orcs, humps, trolls, Goths, stoners—you know, because they can’t stand people who aren’t undead like them.

I call us rebels.

This was on a Friday before a football game, and there was a pep rally going on in the center of the cafeteria. I can’t understand why middle school kids play football.

Jocks are dumb enough already. They don’t need their brains banged around more. The jocks yelled, their girlfriends danced, and the zombies clapped. At the rebel tables we pretended to ignore them.

One of the jock bullies noticed that we weren’t clapping, so he walked over with that jock-bully walk, toes pointed in, shoulders rolling, and said, “Where’s your school spirit?”

The rebels froze up and looked down.

This is a problem. It takes a lot to get rebels to do something as a group. Rebels need leaders, but they have trouble following one. They’re rebels.

The jock bully picked up a tray from our table and let the food slide down on a kid’s head. Spaghetti and chocolate pudding. The jocks and their girlfriends cheered, and the zombies clapped harder. The teachers pretended they were too busy on their BlackBerries to notice. Teachers let jocks get away with stuff. Maybe they’re afraid of them, too.

I recognized the bully, a guy who was always slamming into kids’ shoulders in the hall. He wasn’t even a good football player. Typical.

He picked up two more full trays and started strutting around the table, balancing them on his palms. He kept turning his head to make sure the jerks at the jock tables were watching. They whistled and pounded their feet as he circled my table deciding whom he would trash next.

I waited until he was three steps away before I slipped out my TPT GreaseShot IV. It’s about as big as a pencil flashlight: the smallest cordless grease gun you can buy online. It has an electronic pulse and can be set for semi or full automatic. I had only one chance and I’d never used the grease gun in combat before. I put it on full automatic.

He was about a foot away when he turned his head again back toward the jock tables. That’s when I fired grease in front of his red LeBron X South Beach sneakers.

The right sneaker hit the grease puddle, slid, and went up in the air.

He went down in slow motion.

It was funny. I was thinking, Too bad nobody’s shooting this.

Too bad, somebody was. You can see it on YouTube.

The two trays rose off his palms. He was howling like a dog as the veggie tacos, burgers, fries, and drinks avalanched onto his head. Then his left sneaker slid into the grease and he was lifted completely off the floor.

Kids were screaming as he slammed down on his back, arms out. I’m not sure exactly what happened next because that part wasn’t on YouTube and I was moving out.

I try not to hang around the scene of my paybacks. It’s a sure way to get caught—standing around looking like you’re waiting for applause.

It didn’t matter. The YouTube clip shows that the person shooting the grease gun was wearing the same blue Bach Off! hoodie I was wearing that day.

It was a zero-tolerance school.

"A multi-world adventure starring a band of heroes that readers will want to join."—Kirkus

"An exciting premise, short chapters, and plenty of action make this a good choice for reluctant readers."—School Library Journal 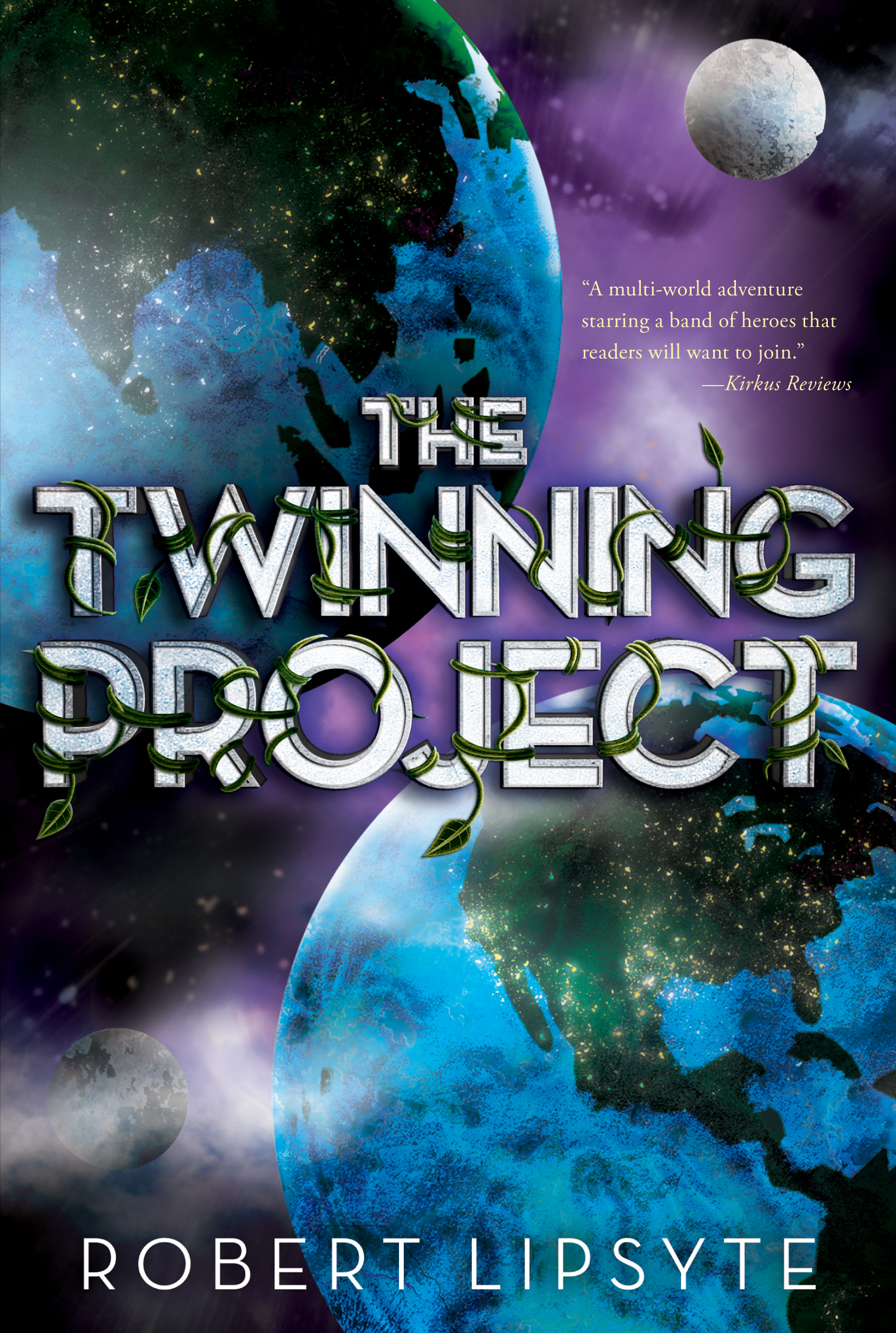