From the award-winning, internationally acclaimed Israeli author, a suspenseful and poignant story of a family coping with the sudden mental decline of their beloved husband and father—an engineer who they discover is involved in an ominous secret military project.

From the award-winning, internationally acclaimed Israeli author, a suspenseful and poignant story of a family coping with the sudden mental decline of their beloved husband and father—an engineer who they discover is involved in an ominous secret military project

Until recently, Zvi Luria was a healthy man in his seventies, an engineer living in Tel Aviv with his wife, Dina, visiting with their two children whenever possible. Now he is showing signs of early dementia, and his work on the tunnels of the Trans-Israel Highway is no longer possible. To keep his mind sharp, Zvi decides to take a job as the unpaid assistant to Asael Maimoni, a young engineer involved in a secret military project: a road to be built inside the massive Ramon Crater in the northern Negev Desert.

The challenge of the road, however, is compounded by strange circumstances. Living secretly on the proposed route, amid ancient Nabatean ruins, is a Palestinian family under the protection of an enigmatic archaeological preservationist. Zvi rises to the occasion, proposing a tunnel that would not dislodge the family. But when his wife falls sick, circumstances begin to spiral . . .

The Tunnel—wry, wistful, and a tour de force of vital social commentary—is Yehoshua at his finest.

“So, let’s summarize,” says the neurologist.

“The complaints aren’t imaginary. There is atrophy in the frontal lobe that indicates mild degeneration.”

“Here, in the cerebral cortex.”

His wife leans toward the scan.

“Yes, there’s a dark spot here,” she acknowledges, “but tiny.”

“Yes, tiny,” confirms the neurologist, “but it could grow larger.”

“Could,” asks the husband, voice trembling, “or likely will?”

“Could, and likely will.”

“There are no firm rules for pathological development, certainly not in this part of the brain. The pace also depends on you.”

“On your attitude. In other words, how you fight back.”

“Fight against my brain? How?”

“The spirit versus the brain.”

“I always thought they were one and the same.”

“Not at all, not at all,” declares the neurologist. “How old are you, sir?”

“That’s not good,” mutters the neurologist.

Only now does the patient notice that tucked among the doctor’s curls is a small knitted kippah, which he apparently removed when Luria lay on the examination table, lest it fall on his face.

“So take, for example, the names that escape you.”

“Mostly first names,” the patient is quick to specify, “last names come easier, but first names fade away when I reach out to touch them.”

“So here’s a little battleground. Don’t settle for last names, don’t give up on first names.”

“I’m not giving up, but when I try hard to remember them, she always jumps in and beats me to it.”

“That’s not good,” the neurologist scolds his wife, “you’re not helping.”

“True,” she says, accepting blame, “but sometimes it takes him so long to remember a first name that he forgets why he wanted to know.”

“Still, you have to let him fight for his memory on his own, that’s the only way you can help him.”

“Tell me, are you still working?”

“Not anymore,” says the patient. “I retired five years ago.”

“Retired from what, may I ask?”

“What is that exactly?”

“It used to be called the Public Works Department of the Ministry of Transportation. I worked there forty years, planning roads and highways.”

“Roads and highways.” The neurologist finds this vaguely amusing. “Where? In the North or the South?”

As he considers the proper answer, his wife intervenes:

“In the North. Sitting before you, Doctor, is the engineer who planned the two tunnels in the Trans-Israel Highway, Route Six.”

Why the tunnels? wonders the husband, these are not his most important achievements. But the neurologist is intrigued. And why not? He’s in no hurry. It’s his last patient of the day, the receptionist has collected the doctor’s fee and gone home, and his apartment is located above the clinic.

“Because they’re not so long, maybe a couple of hundred meters each.”

“Still, I should pay attention, not daydream on the road,” the doctor reprimands himself. “You never know, other road engineers might come to see me.”

“They’ll only come if they can’t hide their dementia under the overpass,” says the patient, attempting a joke.

The neurologist objects: “Please, why dementia? We’re not there yet. Don’t rush to claim something you don’t understand, and don’t raise unnecessary fears, and above all, don’t get addicted to passivity and fatalism. Retirement is not the end of the road, and so you need to find work in your field, even part-time, private work.”

“There is no private work, Doctor. Private individuals don’t build highways or plan roads. Highways are a public affair, and there are others out there now, younger people.”

“So how do you spend your time?”

“Officially I sit at home. But I also take walks, all over the place. And we go out a lot, theater, music, opera, sometimes lectures. And of course, helping my children, mostly with the grandchildren, I take them around, pick them up, bring them back. And I also do some housework, errands, shopping at the supermarket, the produce market, and sometimes ?—”

“He loves going to the produce market,” says his wife, eager to end the recitation.

“The market?” The neurologist is taken aback.

“By all means, if you know your way around, it’s fine.”

“Actually I mostly chop, mix, reheat leftovers. I’m in charge of making lunch before she gets back from her clinic.”

“Great,” says the doctor, relieved. “In that case, I have a partner.”

Reviews
"A.B. Yehoshua's fiction seldom collapse into the commonplace. They both honor the contract of realism and underwrite that contract with symbolic layers of meaning. His stories plausibly represent ordinary lives and at the same time astutely allegorize. Yehoshua's latest novel, his 12th, confirms that no living Israeli writer accomplishes that dual feat with as casual a mastery. The Tunnel, flawlessly translated from the Hebrew by Stuart Schoffman, tells a story about memory and mercy."

"[The Tunnel] is one of Yehoshua's most spryly amusing efforts...A quirky, deeply affecting work by a master storyteller."

“A warmhearted and subtly provocative novel...The symbolism is potent, and consistent with the politically outspoken Yehoshua’s recent shift away from his prior advocacy for a two-state solution. Yet Yehoshua never allows politics to dominate...The story’s heart lies in poignant domestic moments between Luria and his wife.”

"The Tunnel, a novel by venerable Israeli author A.B. Yehoshua, is a gentle fable about aging, marital love and understanding between two peoples in conflict...In Yehoshua's capable hands, what could have been a depressing account of decline instead becomes one that chooses optimism over despair...A tenderhearted story."

“Tender, slow paced, humorous — but at times also painful — [The Tunnel] is a tale about deep love, memory and identity.”

“The Tunnel [is] one of [Yehoshua’s] finest achievements…Clear, lean, sharp, carefully sculpted, fully controlled by the sure hand of an expert artist.”

"The Tunnel is A.B. Yehoshua at his best.” 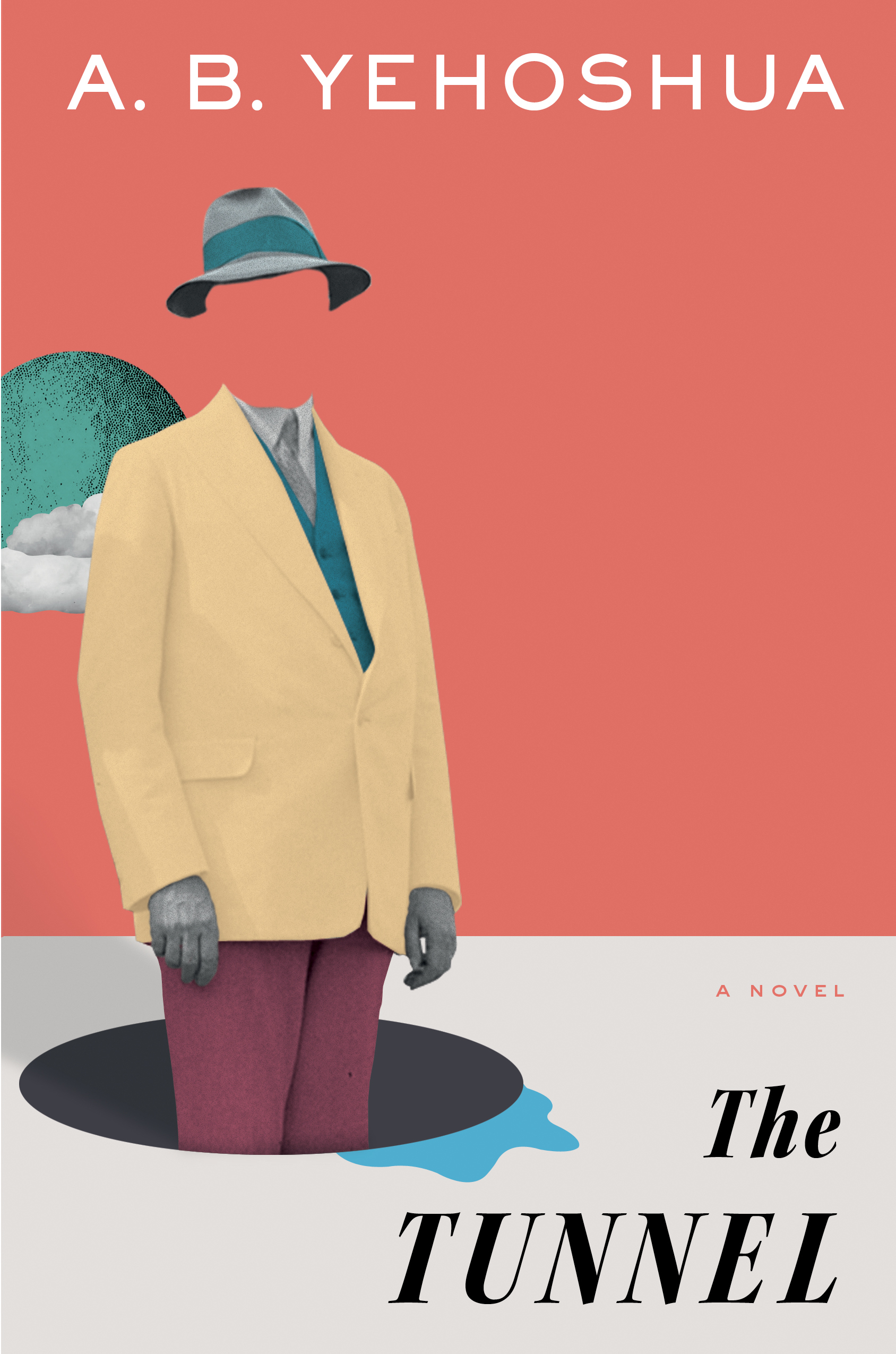