The Things They Carried

In celebration of the 20th anniversary of it's original publication, a cloth edition of Tim O'Brien's classic novel.

A classic, life-changing meditation on war, memory, imagination, and the redemptive power of storytelling, with more than two-million copies in print

Depicting the men of Alpha Company—Jimmy Cross, Henry Dobbins, Rat Kiley, Mitchell Sanders, Norman Bowker, Kiowa, and the character Tim O’Brien, who survived his tour in Vietnam to become a father and writer at the age of forty-three—the stories in The Things They Carried opened our eyes to the nature of war in a way we will never forget. It is taught everywhere, from high school classrooms to graduate seminars in creative writing, and in the decades since its publication it has never failed to challenge our perceptions of fact and fiction, war and peace, and courage, longing, and fear.

About the author
Tim O'Brien

TIM O'BRIEN received the 1979 National Book Award for Going After Cacciato. Among his other books are The Things They Carried, Pulitzer Finalist and a New York Times Book of the Century, and In the Lake of the Woods, winner of the James Fenimore Cooper Prize. He was awarded the Pritzker Literature Award for lifetime achievement in military writing in 2013.

“The best of these stories--and none is written with less than the sharp edge of honed vision--are memory and prophecy. These tell us not where we were but where we are, and perhaps where we will be. . . . It is an ultimate, indelible image of war in our time, and in time to come.”

“In prose that combines the sharp, unsentimental rhythms of Hemingway with gentler, more lyrical descriptions, Mr. O'Brien gives the reader a shockingly visceral sense of what it felt like to tramp through a booby-trapped jungle, carrying 20 pounds of supplies, 14 pounds of ammunition, along with radios, machine guns, assault rifles and grenades. . . . With The Things They Carried, Mr. O'Brien has written a vital, important book—a book that matters not only to the reader interested in Vietnam, but to anyone interested in the craft of writing as well.”

“Belongs high on the list of best fiction about any war . . . crystallizes the Vietnam experience for everyone [and] exposes the nature of all war stories.”

“With The Things They Carried, Tim O'Brien adds his second title to the short list of essential fiction about Vietnam. . . . [H]e captures the war's pulsating rhythms and nerve-racking dangers. But he goes much further. By moving beyond the horror of the fighting to examine with sensitivity and insight the nature of courage and fear, by questioning the role that imagination plays in helping to form our memories and our own versions of truth, he places The Things They Carried high up on the list of best fiction about any war.”

“When Going After Cacciato appeared out of nowhere to win the 1979 National Book Award, it seemed to many, myself included, that no finer fiction had, as of then, been written in the closing half of the 20th century--or was likely to be in the remaining years to come. The Things They Carried disposes of that prediction. . . . Tim O'Brien is the best American writer of his generation.”

“The integrity of a novel and the immediacy of an autobiography . . . O’Brien’s absorbing narrative moves in circles; events are recalled and retold again and again, giving us a deep sense of the fluidity of truth and the dance of memory.”

“Rendered with an evocative, quiet precision, not equaled in the imaginative literature of the American war in Vietnam. It is as though a Thucydides had descended from grand politique and strategy to calm dissection of the quotidian efforts of war. . . . O'Brien has it just right.”

“Powerful . . . Composed in the same lean, vigorous style as his earlier books, The Things They Carried adds up to a captivating account of the experiences of an infantry company in Vietnam. . . . Evocative and haunting, the raw force of confession.”

“O'Brien has written a book so searing and immediate you can almost hear the choppers in the background. Drenched in irony and purple-haze napalm, the Vietnam narrative has almost been forced to produce a new kind of war literature. The Things They Carried is an extraordinary contribution to that class of fiction. . . . O'Brien's passion and memory may have been his torment all these years, but they have also been his gift. . . . The Things They Carried leaves third-degree burns. Between its rhythmic brilliance and its exquisite rendering of memory--the slant of sunlight in the midst of war, the look on a man's face as he steps on a mine--this is prose headed for the nerve center of what was Vietnam.”

“Simply marvelous ... A striking sequence of stories that twist and turn and bounce off each other . . . O'Brien has invented a tone of voice precisely suited to this war: it conveys a risky load of sentiment kept in check by both a chaste prose and a fair amount of comedy. . . . Wars seldom produce good short stories, but two or three of these seem as good as any short stories written about any war. . . . Immensely affecting.”

“The Things They Carried is as good as any piece of literature can get. . . . The line between fiction and fact is beautifully, permanently blurred. It is the perfect approach to this sort of material, and O'Brien does it with vast skill and grace. ... It is controlled and wild, deep and tough, perceptive and shrewd. I salute the man who wrote it.”

“O'Brien has brought us another remarkable piece of work . . . The stories have a specificity of observed physical detail that makes them seem a model of the realist's art. . . . What finally distinguishes The Things They Carried is O'Brien's understanding of the nature of memory.”

“This is writing so powerful that it steals your breath . . . It perfectly captures the moral confusion that is the legacy of the Vietnam War. . . . The Things They Carried is about more than war, of course. It is about the human heart and emotional baggage and loyalty and love. It is about the difference between ‘truth’ and ‘reality.’ It is about death--and life. It is successful on every level.”

“O'Brien's stunning new book of linked stories, The Things They Carried, is about the power of the imagination . . . I've read all five of O'Brien's books with admiration that sometimes verges on awe. Nobody else can make me feel, as his three Vietnam books have, what I imagine to have been the reality of that war.”

“I've got to make you read this book . . .  A certain panic arises in me. In trying to review a book as precious as The Things They Carried by Tim O'Brien, there is the nightmare fear of saying the wrong thing--of not getting the book's wonder across to you fairly-and of sounding merely zealous, fanatical, and hence to be dismissed. If I can't get you to go out and buy this book, then I've failed you . . . In a world filled too often with numbness, or shifting values, these stories shine in a strange and opposite direction, moving against the flow, illuminating life's wonder, life's tenuousness, life's importance.”

“O'Brien has unmistakably forged one of the most persuasive works of any kind to arise out of any war.”

“O'Brien succeeds as well as any writer in conveying the free-fall sensation of fear and the surrealism of combat.”

“It's a marvelous and chilling book, and something totally new in fiction. A dramatic redefinition of fiction itself, may... 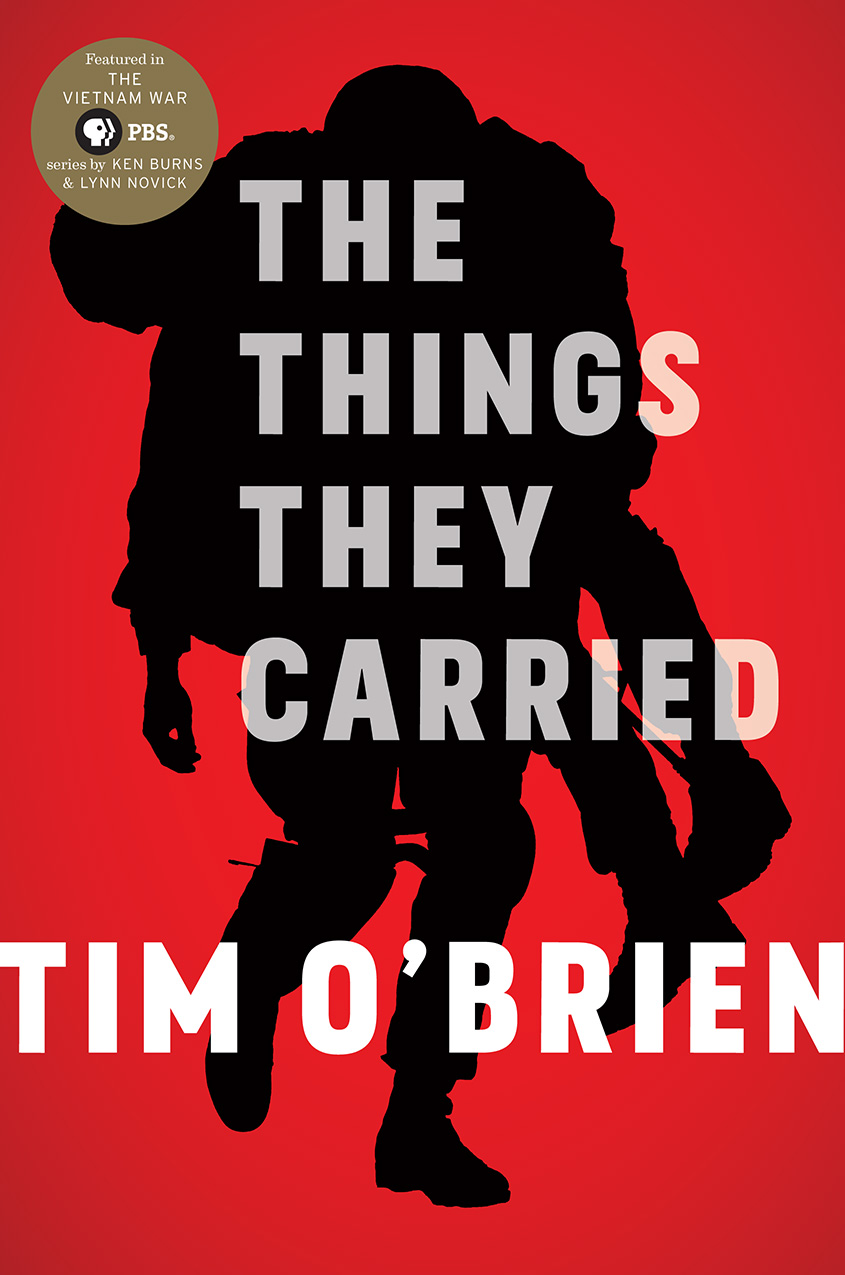