The Stars We Steal

The Bachelorette meets sci-fi in this gripping story about a young girl caught in a world of royal intrigue and lost love in her quest to save her family from ruin. Perfect for fans of Katharine McGee, Melissa de la Cruz, and Kiera Cass.

Engagement season is in the air. Eighteen-year-old Princess Leonie “Leo” Kolburg, heir to a faded European spaceship, has only one thing on her mind: which lucky bachelor can save her family from financial ruin?

But when Leo’s childhood friend and first love, Elliot, returns as the captain of a successful whiskey ship, everything changes. Elliot was the one who got away, the boy Leo’s family deemed to be unsuitable for marriage. Now he’s the biggest catch of the season and he seems determined to make Leo’s life miserable. But old habits die hard, and as Leo navigates the glittering balls of the Valg Season, she finds herself falling for her first love in a game of love, lies, and past regrets.

Fans of Katharine McGee and Kiera Cass will be dazzled by this world of lost love and royal intrigue.

About the author
Alexa Donne

THE EXTRAVAGANCE MADE MY TEETH HURT.

Fractures of light bounced off diamonds set into tiaras and other baubles that were as impractical as the silk frocks and dress jackets swimming about the room. Champagne flutes and vodka shots flew by on trays lofted high by servants dressed in simple black bodysuits, casting the partygoers into even more ridiculous relief. This wasn’t an imperial ballroom in a great royal palace in Sweden—it was just modeled to look like one. The aim was to forget where we were and why. Everyone accomplished that beautifully.

I retreated farther into a gilded archway I’d made my temporary home, shuddering to think about the cold vacuum of space that hung ominously beyond the confines of this cushy spaceship. A woman in an elaborately tiered and poofed ball gown waltzed past me as she let out a high-pitched laugh. Pain shot through my jaw. Unclench your teeth, Leo, I scolded myself.

I glanced down at the name tag on my chest and felt everything go tight again. All the champagne and dancing in the world couldn’t erase the reason I was here, why I was hiding in the back corner of a ludicrous ballroom in the center of a ludicrous spaceship.

Tonight was the start of the official Valg Season, a barbaric courtship ritual we engaged in every five years so the rich could avoid marrying their cousins.

All the eligible girls and boys wore name tags to the opening ball so that we could better check out the specimens on offer. Mine read: Princess Leonie Kolburg, 19, Prinzessin Sofi. Title, name, age, ship of origin—all the relevant details. What it should have said: Princess of Nowhere because we’re in space, not on Earth; Leonie Kolburg, 19, from a ship rapidly falling apart, honestly a bit destitute, seeking a wealthy spouse by order of her father. But that would have been too wordy.

Cornflower-blue taffeta silk spilled over my hips, the floor-length fabric whispering over the pointed toes of matching heels. My hair was twisted up into a braided crown, my face painted to simulate the flush of sun-kissed health. At least I had refused the tiara my sister had offered up. Despite what my father, my sister, Carina, and my name tag insisted, I was no princess. Old-World royal titles are meaningless in space.

Or should be, I thought. The reality on board was different, and I knew I was a target for any boy looking for his ticket to the upper echelons of power. It made me sick to my stomach. I was a commodity in a pretty dress, on display for all to see.

I drifted back into a shadowy alcove, hoping I could disappear. As if on cue, I caught the gaze of an absurdly attractive boy with short black hair and deep golden eyes. I stared a beat too long, and he smirked at me. Heat rushed to my cheeks, and I flicked my gaze away.

And there was my father, grabbing another glass of champagne we couldn’t afford. I felt tension winding its way back up my spine. I’d crunched the budgets six ways to Sunday, and in no iteration could we afford to supply the party with champagne imported from the Versailles. But Father had insisted; it was a way of displaying our nonexistent wealth and would hopefully make me a more attractive candidate for marriage. I inched closer to where Father was sucking up to a count, trying to spin our circumstances in the right light.

“Oh, we’ve grown bored of our ship, so we figured, why not give some commoners a thrill, rent it out for a few months?” He prattled on, his crown slipping forward on his temple. His clipped consonants, meant to emphasize his high-class accent, were dimmed somewhat by the way he slurred his s’s. He had to be at least six drinks in. “It’s the perfect excuse to visit our dear cousins here and enjoy the Valg Season in style! And a banner anniversary year, to boot! To our one hundred and seventieth!”

One hundred and seventy years in space. The fleet, not us personally, though sometimes it felt as if I’d been up here that long. I allowed myself a fanciful moment, imagining vampires in space.

Every day was just another one spent in an exquisitely appointed tin can, waiting for our planet to thaw. I grabbed a glass of champagne as a tray went past and took a gulp. The money was spent, so I might as well.

“Leo, darling, why are you sulking on the sidelines?” My cousin Klara appeared before me like magic, a vision in sparkling white-and-silver brocade. The way her lips turned down slightly in rebuke felt familiar. Her hazel eyes always danced with a certain knowing, her lips most frequently quirked into a smile, complementing the perfect symmetry of her face. Only a few years older than I, twenty-one to my only-just nineteen, Klara presided over parties like the princess she was, cool and elegant, with a keen sense of a good time.

“You should dance,” she said, nodding at the center of the dance floor. “There are plenty of eligible young men who would happily partner you.”

“‘Eligible’ isn’t enough. Hasn’t father told you? I’m to be flung in the direction of money, above all else.” I took a bracing sip of champagne.

Klara frowned again. “I’m certain several of them have more than enough digicoin to satisfy him. If you would only get to know some of them, you might find someone you like . . .”

A sickening déjà vu came over me: Klara speaking with me in hushed tones at another extravagant party, defending my father’s wishes, convincing me I did not know my own heart. I shook away the thought.

“And what about you? You’re older than I am. Isn’t this your last Valg Season?”

She visibly tensed at the reminder. I should have felt bad, but she’d kicked things off by rubbing salt in my own, similar wound.

“I’m in no rush to marry, regardless of what my mother thinks. There’s time.” Klara’s voice was tight. “She is in good health, and we have no financial problems.”

“What about your apprenticeship? I thought you said a strategic marriage was important. Surely there’s some faded prince or duke with political aspirations who might tempt you.” Klara’s mother was captain, and Klara had been learning the ropes from her for the past two years. Klara remained optimistic that if she worked hard enough, she could step into the role before she was twenty-five. Me, I assumed Klara would acquire the captainship at whatever age her mother finally shuffled off this mortal coil. From her cold, dead hands was a phrase that sprang to mind.

“I see the same people all the time. Boys I grew up with bore me.” She picked at a perfectly manicured nail. “I should travel outside the Season, perhaps to the Lady Liberty ...

"[R]eaders may sigh over the well-crafted romantic storyline and strong chemistry between its leads." —Bulletin of the Center for Children's Books​

"Alexa Donne whips up another irresistible combination of sparkling romance and savvy social politics. An original and inventive retelling, readers are in for a treat." —Jessica Cluess, author of A Shadow Bright & Burning series and the forthcoming House of Dragons 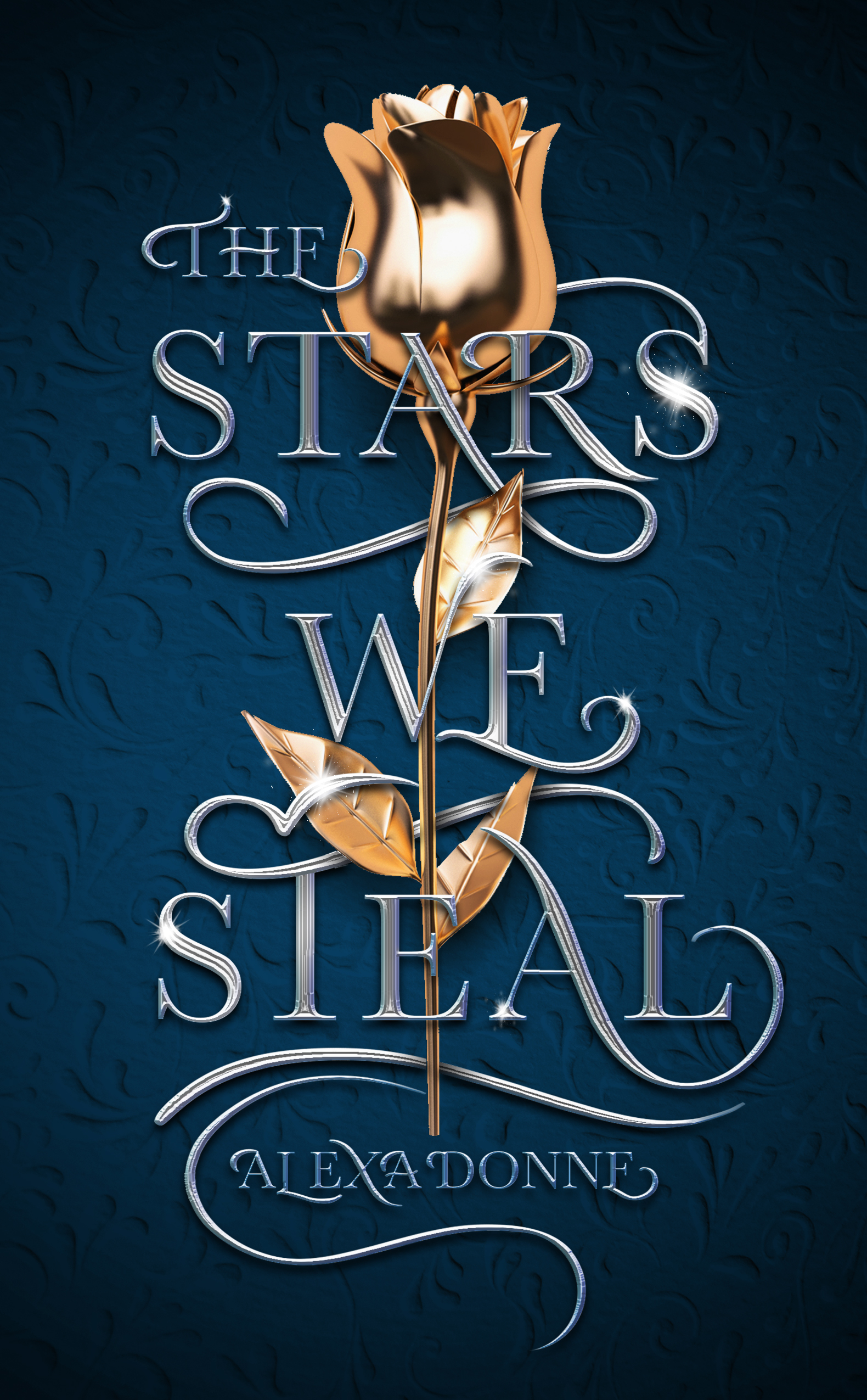