The first book in a new series, The Spinner Prince weaves mystery, magic, betrayal, and high adventure into an unforgettable debut tale. For fans of Bravelands and Warriors.

Prince Leo is next in line for the throne of Singara, a land ruled by super-evolved felines. Like every thirteen-year-old, Leo must prove his worth by hunting a deadly beast called a slaycon. But killing a slaycon is the least of Leo’s problems. The enemy beyond the Great Wall is rising up. Inside the wall, Singara is being torn apart by Leo’s rebellious cousin. Worst of all, Leo is a Spinner, cursed with a dangerous and forbidden power he can’t control.

The future of Singara is in Leo’s hands. Can he conceal his curse, claim the throne, and protect his realm? Or will he embrace his power and discover a far greater destiny . . . for himself and for his world?

An unforgettable adventure, this first book in the Pride Wars series by debut author Matt Laney introduces a world where honor and duty, ferocity and faith, are tested by an unexpected hero.

About the author
Matt Laney

Matt Laney is an ordained minister with a lifelong interest in world religions, folklore, wisdom traditions, martial arts, and big cats. The Spinner Prince marks his literary debut. Matt lives with his wife and two children who love to read.

There is a power in the universe greater than all others. Whoever serves that power masters the world.

—Sayings of the Ancients

I AM LEO, PRINCE OF SINGARA, and I am about to die.

Cause of death: slaycon bite. It’s not a pleasant way to go.

At the moment things don’t look much better. A Singa soldier is swinging a long blade at me so hard and fast, you’d think I just stomped on his tail and retched a hairball into his food.

The blade slices the air and I duck.

A thrust and I dodge.

A hack and I jump.

I’m bouncing around the training hall like a spooked rabbit.

The soldier is my trainer, General Kaydan. Like most adult Singas, he has powerful legs and broad shoulders. Muscles coil around his arms and back. An auburn mane flows over his head and neck.

Singas are the crown of creation. We evolved from the great cats of ages and eons ago. Unlike our four-legged ancestors, we stand upright on two legs. We kept their tail, retractable claws, agility, strength, and keen senses, but we have fingers and thumbs, language, and superior intelligence. We value strength, tradition, and science.

Mostly science. We have a science for everything:

The Science of Nature.

The Science of Building.

The Science of Numbers.

The Science of Medicine.

The Science of Law.

The Science of Weaponry.

The Science of War. That’s why a training hall is also called a battle laboratory.

Here in this laboratory, Kaydan wears no armor, just a pair of antelope-skin leggings. He brandishes the blade as if it’s a natural extension of his arm.

I tuck my tail and tumble across the floor while the blade whistles overhead.

The point of this training session, and the countless ones before it, is to prepare me to hunt and kill a slaycon.

Take your most horrible day and wrap it in your nastiest nightmare. Put it on four legs, then cover it with scaly skin and mangy black hair. Add razor-sharp claws, a three-and-a-half-meter tail, and top it off with a bad temper, and you would end up with something very much like a slaycon.

And let’s not forget its venomous bite.

If slaycon teeth break through your hide, the saliva will paralyze you in a matter of seconds. Then the slaycon will eat you whole, like a snake gulping down a mouse.

It takes skill and courage to slay a slaycon, and not everyone succeeds, which is the point. On the first full moon after our thirteenth birthday, all Singas must prove themselves by slaughtering one of these brutes.

I’m not exactly a textbook specimen of the Singa race. Most younglings at thirteen are nearly full grown and ready for the rigors of battle. I’m small for my age. My mane has not yet bloomed. My fur is a shade darker than the golden pelts of my kindred. My voice scratches out a cublike yowl, rather than the skull-rattling roar of my peers.

Few believe I will survive the hunt tomorrow.

Nevertheless, at daybreak I will go to the city square and choose a slaycon from the Keeper. The beast and I will be transported to an enclosed section of the Border Zone at the very edge of our domain. If I defeat the slaycon by sundown, I will go on to the Academy and train to become a soldier in the Royal Army.

If I fail, I will be slaycon food. Our law of “survival of the strongest” leaves no room for the weak or cowardly.

Yeeeow! The broad side of Kaydan’s blade whacks me on the shoulder and again on my thigh.

Kaydan is one of our finest warriors. He fought with my grandfather, our supreme leader, in the Great War. Twenty-five years later, he still has a lot of fight in him. Training a scrawny youngling for the hunt is beneath a general, but Grandfather will have only the best for his grandson and heir to the throne. Most Singas are trained for their hunt by a parent or by a professional trainer if one can be afforded. I wish I could take Kaydan into the Border Zone and watch him slice the slaycon up with a few flicks of his blade.

Kaydan growls and comes at me again. This time my blade blocks his, marked by the high-pitched shriek of metal smacking metal. Instead of making a counterattack, I spring back, beyond his reach.

“You know the length of my reach,” Kaydan affirms. “The question is, how will you get inside my reach and make your move? That is the Science of War.”

Reach is the combined distance of a warrior’s arm and blade. Multiply that by strength and speed, and you have the product of their deadly force. I have speed on my side, but not much else.

Even time is against me.

The light is fading, signaling the end of the day and of this final training session. Soon I will head to the feeding hall, where soldiers are already piling their plates with meat from silver serving trays.

The thought of food makes my stomach rumble. I hope Kaydan didn’t hear that.

“Hungry, are you?” He positions himself between me and the door. “You may eat when you score a blow against me.”

Kaydan twirls his blade as if it’s only a broom handle. His tail sways over the floor. I know he wants me to survive the hunt tomorrow, but no slaycon waits to be attacked. And while I’m on the subject, slaycons don’t use weapons to extend their reach. They have their teeth, their claws, and a battering ram of a tail. To simulate a true slaycon encounter, Kaydan should be on all fours, leaping and snarling with jaws snapping, claws flying.

But if Kaydan wants to change the pace, I can play along.

I drop my blade and arc around him to the door. Kaydan regards me curiously, as if studying a specimen under a magnifying glass.

“Where do you think you’re going?” he asks.

In a blink, Kaydan resumes a combat stance, his weapon carving a path toward the back of my head. But I’m already in motion, stepping ...

"Readers who like Erin Hunter’s books will race through this title and will be highly anticipating the sequel."--School Library Journal, review 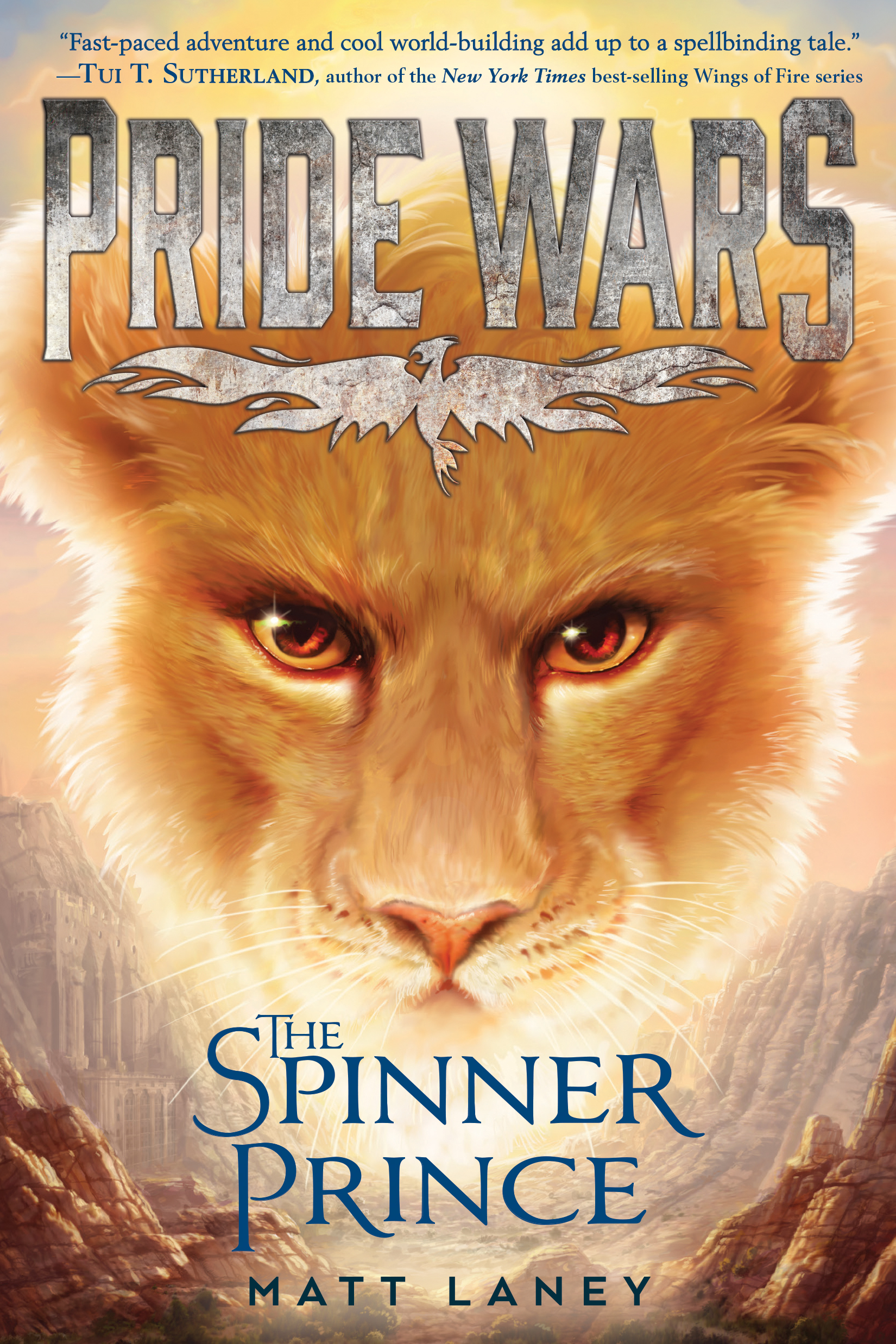