The Spaceship Next Door

For fans of The Long Way to a Small, Angry Planet, this bestseller introduces Annie Collins, 16-year-old girl in a small town where a mysterious spaceship lands and just sits—until some really weird things start happening. Only Annie can figure it all out and save the planet.

When a spaceship lands in Sorrow Falls, a lovable and fearless small-town girl is the planet’s only hope for survival

Three years ago, a spaceship landed in an open field in the quiet mill town of Sorrow Falls, Massachusetts. It never opened its doors, and for all that time, the townspeople have wondered why the ship landed there, and what—or who—could be inside.

Then one day a government operative—posing as a journalist—arrives in town, asking questions. He discovers sixteen-year-old Annie Collins, one of the ship’s closest neighbors and a local fixture known throughout the town, who has some of the answers.

As a matter of fact, Annie Collins might be the most important person on the planet. She just doesn’t know it.

About the author
Gene Doucette

GENE DOUCETTE is the author of more than twenty sci-fi and fantasy titles, including The Spaceship Next Door and The Frequency of Aliens, the Immortal series, Fixer and Fixer Redux, Unfiction, and the Tandemstar books. Gene lives in Cambridge, Massachusetts.

The spaceship landed on a cool night in August, in a field that wasn’t being used for anything in particular.

Like most remarkable things, nobody realized it was remarkable as it happened. The ship lit up the sky above Sorrow Falls when entering the atmosphere, but that was only slightly unusual in the way a meteor could be slightly unusual.

Later, eyewitness accounts would describe the evening as becoming “as bright as daytime” in that moment, but this was a profound exaggeration. The truth was, while the object flashed brightly, an observer had to already be looking skyward to see it. If one were instead looking at the road, or the television, or the ceiling, the craft would have gone unnoticed as it traveled toward that field on the edge of town.

It was also nearing midnight, on a Tuesday.

Prior to the arrival of the spaceship, Sorrow Falls was a prototypical rural mill town, which was to say there was nothing unusual or spectacular about it. Most residents were either mill employees or farmers. Nearing midnight, on a Tuesday in August, just about everybody was sleeping.

It’s possible the sonic boom woke up one or two people, but as was the case with the supposed eyewitnesses startled by the profound brightness that didn’t happen, the boom was unlikely to have awoken anyone. The sound made by the object was more like a pop. To those who did hear it, the volume was approximately equivalent to that of a Jake braking eighteen-wheeler two blocks away.

In other words, had the spaceship arrived at the surface of the earth as the meteor it resembled initially, the number of people who claimed to have seen its passage across the sky would have dwindled significantly.

It wasn’t a meteor though, and it didn’t behave like one. Not entirely.

Meteors didn’t slow down and turn. Meteors didn’t have landing lights. And in all of history there had never been a recorded instance of a meteor hovering. These exceptions to the standard trajectory of a falling object were what convinced the handful of true witnesses that this was indeed a remarkable thing.

Someone called the police. (Two hundred and seventeen people in the town claim to have made the call; nobody knows who actually did.) At the time, the Sorrow Falls local police force consisted of twenty-two officers—two of whom were on maternity leave—and seven official squad cars. Three of those cars were dispatched to locate the object.

They couldn’t find it.

In fairness to those officers, they were told to locate a brightly glowing object that had landed from space, which wasn’t a particularly accurate description once the ship touched down and turned its lights off. Also, they had every reason to believe there was no such object and somebody had been drinking.

That left the job of first contact to a man named Billy Pederson. This was entirely due to a combination of luck and an unkind work schedule, as Billy happened to be the first person to drive down the road nearest to the unused field—or if not the first person, the first one to look to his right at the correct moment—and spot the object through an opening in the trees.

He would say later he knew what was there was not of this world, but that wasn’t the truth. The truth (as he would admit in private to anyone who asked provided they didn’t work for a media outlet) was that his first thought was where did this house come from and how did it go up overnight?

The spaceship didn’t look like a house, but Billy’s initial perception was understandable only because most rational people tend to go to “interstellar spacecraft” last, after exhausting other options.

It also wasn’t large enough to be a proper house. A pool house, perhaps, or a large shed.

It was a matte black vehicle resting on four squat legs, with a curved surface and with no apparent door. The sides were a warren of tubes and vents and dark round holes that looked either like a place for spotlights or—if you were in the midst of a nightmare and looking at this craft—eyeballs.

It was arguably saucer-like, and no doubt looked round from beneath or above, but from the side it looked like a tall, black, birthday cake, or an unusually thick and wide cap on a steam pipe.

The ship sat in a ring of blackened grass. Again, what Billy did next depended upon who was asking.

“Doucette delights with this wonderful example of speculative fiction . . . [He] writes winning characters who read like real people, and Sorrow Falls is similarly credible. The head-spinning ideas both power the narrative and invite the reader to think hard, while plenty of humor and action move the plot along. This excellent work will appeal to readers from middle school through adulthood.” —Publishers Weekly, starred review

“Doucette’s genial, leisurely novel feels like a throwback to the squeaky-clean science fiction of the mid-twentieth century . . . The town is vividly realized and described . . . [and] Doucette’s dry sense of humor and obvious affection for his characters go a long way . . . A warmhearted ode to a simpler time and place in a community so small that everybody knows everybody else’s business.” —Kirkus Reviews

“An enormously enjoyable first contact story you won’t forget, from a talented new voice in sci-fi!”—A. G. Riddle, best-selling author of The Atlantis Gene and Pandemic 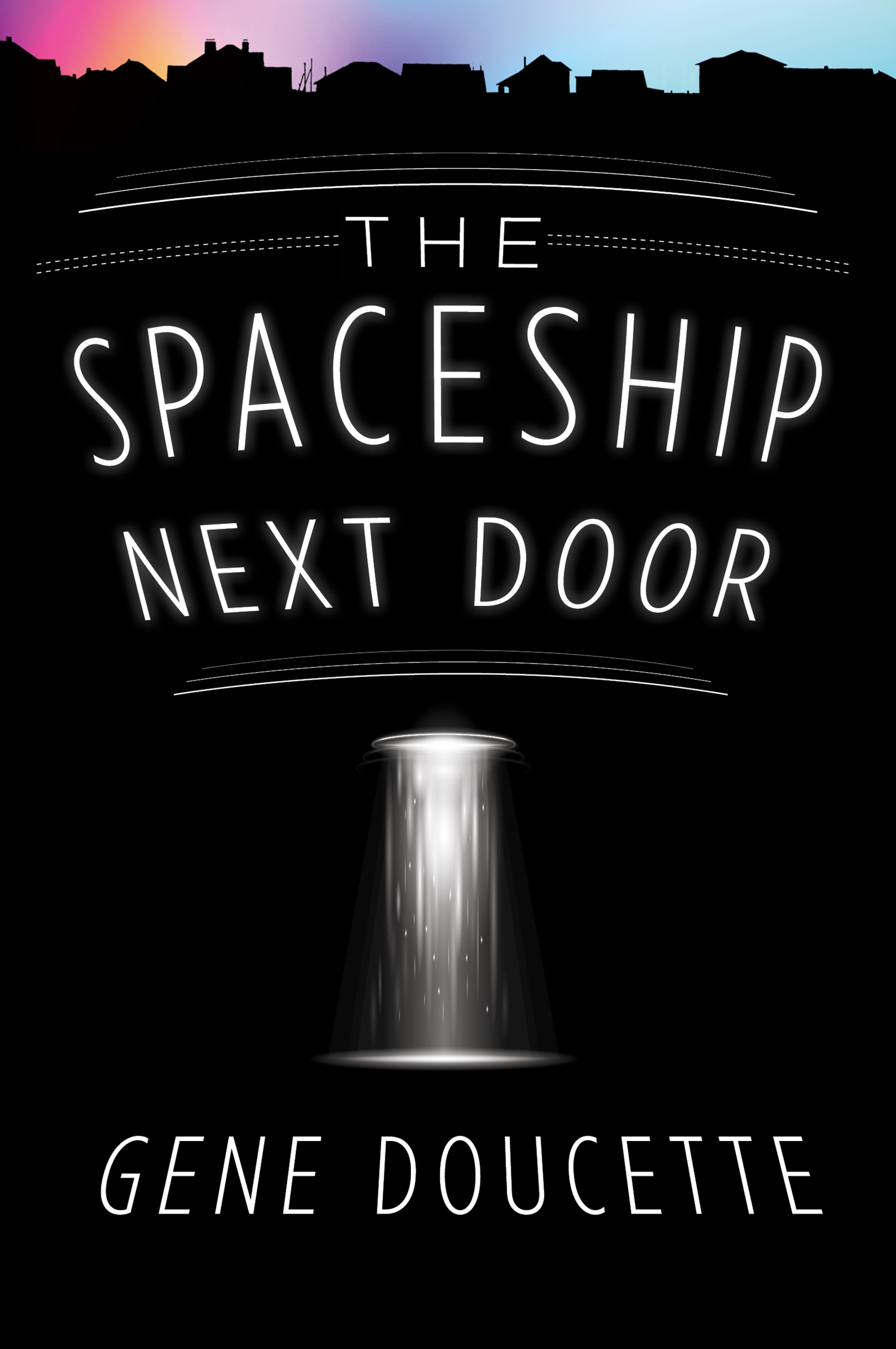