Based on a scandalous divorce case that gripped England in 1864, THE SEALED LETTER is a riveting, provocative drama of friends, lovers, and divorce, Victorian style.

Miss Emily "Fido" Faithfull is a "woman of business" and a spinster pioneer in the British women’s movement, independent of mind but naively trusting of heart. Distracted from her cause by the sudden return of a once-dear friend, the unhappily wed Helen Codrington, Fido is swept up in the intimate details of Helen’s failing marriage and obsessive affair with a young army officer. What begins as a loyal effort to help a friend explodes into an intriguing courtroom drama complete with accusations of adultery, counterclaims of rape, and a mysterious letter that could destroy more than one life.

Based on a scandalous divorce case that gripped England in 1864, The Sealed Letter is a riveting, provocative drama of friends, lovers, and divorce, Victorian-style.

The last day of August, and the sky is the colour of hot ash. Something rancid wafts on the air from Smithfield Market; the air glitters with stone dust. She’s swept down Farringdon Street in the slipstream of bowlers, top hats, baskets on porters’ heads. A hand lights on her arm, a small, ungloved hand; the brown silk of her sleeve is caught between plump pink fingertips. She staggers, clamps her pocketbook to her ribs, but even as she’s jerking away she can’t help recognizing that hand.

Praise for THE SEALED LETTER:

"Donoghue weaves an engrossing and... quite funny melodrama about a bad, bad girl who bursts the seams of this corseted world... part "Forever Amber" and part clockwork courtroom drama, with bawdy undercurrents of forbidden love thrown in for good measure. All in all, a deliciously wicked little romp, complete with a clever twist at the end." -- The Seattle Times

"Emma Donoghue's triangle of real-life protagonists presents us with a quintessentially Victorian tableau...mid-Victorian London feels so real you can almost taste it." -- Washington Post Book World

"A fascinating tour de force, a brilliant unraveling of closely held secrets and brutal betrayals...A case of Dangerous Liaisons with yet another layer of Victorian outrage." -curledupwithagoodbook.com

"Donoghue blends a true case and period detail into an intriguing tale of mystery and passion."--The Oregonian

"Good lines there are in abundance. And in the end, “The Sealed Letter” provides both the titillating entertainment readers like Helen and Fido crave and the more sober exploration of truth, commitment and betrayal Harry might appreciate. Donoghue’s sympathy for all three of her central characters emerges through intimate narration and lifts the novel out of the tabloid muck, despite the public shaming Harry, Helen and Fido experience. There is, as Fido puts it, 'so much to say, and little of it speakable.'" --The New York Times Book Review 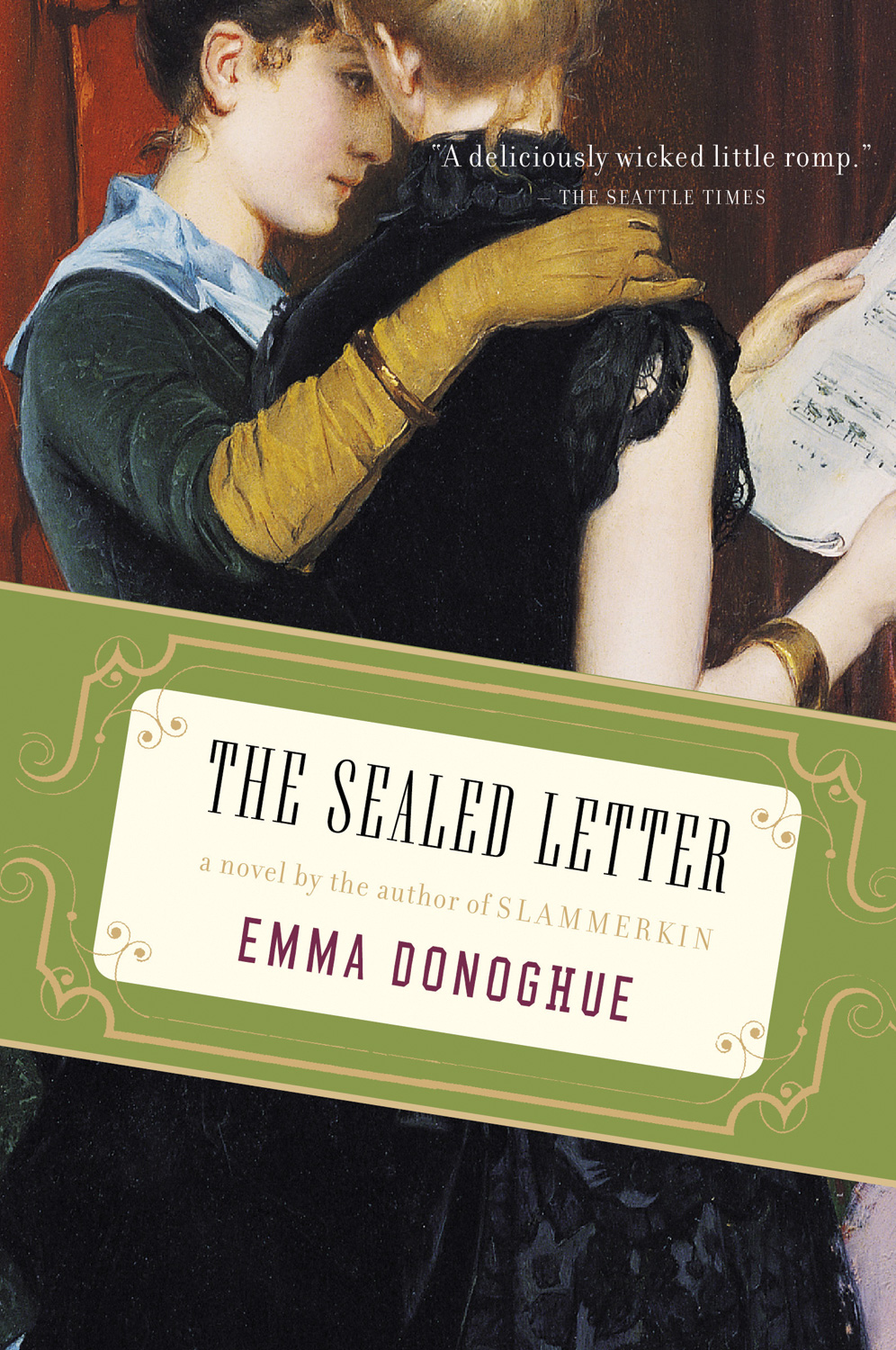