by William Goldman and Michael Manomivibul
$16.99

For its 40th anniversary, this beloved tale of romance and adventure is given a beautiful four-color illustrated treatment.

As Florin and Guilder teeter on the verge of war, the reluctant Princess Buttercup is devastated by the loss of her true love, kidnapped by a mercenary and his henchman, rescued by a pirate, forced to marry Prince Humperdinck, and rescued once again by the very crew who absconded with her in the first place. In the course of this dazzling adventure, she'll meet Vizzini—the criminal philosopher who'll do anything for a bag of gold; Fezzik—the gentle giant; Inigo—the Spaniard whose steel thirsts for revenge; and Count Rugen—the evil mastermind behind it all. Foiling all their plans and jumping into their stories is Westley, Princess Buttercup’s one true love and a very good friend of a very dangerous pirate.

About the author
William Goldman

WILLIAM GOLDMAN (1931-2018) wrote books and movies for more than fifty years. He won two Academy Awards (for Butch Cassidy and the Sundance Kid and All the President's Men), and three Lifetime Achievement Awards in screenwriting.

Born in Boston, Massachusetts, and raised in Bangkok, Thailand, MICHAEL MANOMIVIBUL currently resides in Oakland, California. He is a graduate of the California College of the Arts, and his work has been featured in Spectrum: The Best in Contemporary Fantastic Art and the Folio edition of Moonfleet, among many other publications.

Until a couple of weeks ago, this introduction would have been real short: “Why are you buying this book?” is what I would have said. Or more accurately, this edition of this book?

Buy the 25th anniversary version, I would have told you. It’s got a long intro by yours truly where I explain a lot about the Morgenstern estate and the horrible legal problems I’ve had with them. That version is still out there and what you are interested in is the same thing that I am interested in—namely, at last, getting Buttercup’s Baby published.

I would also have gone on to tell you that there is nothing to report on that front. Same old same old. Well, that was then, as they say.

Something new has very much happened.

Let me tell you how I first heard of the existence of the Morgenstern Museum.

Back we go to 1986, Sheffield, England, and we are shooting the movie of The Princess Bride. It was such a happy time for me, at last Morgenstern coming to life on film. I had written the screenplay for it first over a decade before—but it had never been “picked up,” as they say Out There, till then.

I make the actors nervous, but more than that, and if I have written this before, skip this part, I have an amazing ability to screw up shots. I hide on the sets out of the way when the camera rolls, but I cannot tell you how often the director, just as he is about to start, sees where I am and asks me to please move, because I am standing in the exact spot where the shot will end.

A few days before the day I am about to tell you about, we were shooting the Fire Swamp. And there is a moment in the movie where Cary Elwes (Westley) starts to lead Robin Wright (Buttercup) through it.

Now I know what is going to happen—there is a flame spurt and her dress catches on fire. Why am I so smart? Because Morgenstern wrote it, I adapted it for the novel, and used it in every draft of the screenplay, of which, believe me, there were many.

OK, I am standing there on the set of the Fire Swamp and Rob Reiner goes “action, Cary” and here they come into view, those two wonderful actors, and I am watching from a corner of the set, and he leads her forward, one step, another step—

—at which point there is a flame spurt and her dress catches on fire.

Rob yells “Cut,” turns to me and in a voice I can still hear, he says with all the patience he can muster, “Bill, it’s supposed to catch on fire.”

I think I came up with something real smart like “I knew that, sorry” and hid.

The next night we were shooting outside, the attack on the castle, and it was cold. Bitter, British cold. The whole crew is bundled up, but the wind cut in on us anyway. I remember it was as cold as any time I ever had on a movie set. Everyone was freezing.

I have no way to explain this, but Andre never got cold. Maybe it’s a giant thing, I never asked him. But he was sitting there that night in the tights he wore and all he had on top was a very thin towel across his shoulders. (Of course, it never made it all the way across his shoulders, being a normal sized towel.) And as we talked, and I mean this now, dozens of people would walk up to him, say hello, and then ask if they could get him a coat or a blanket or anything else to keep him warm and he would say always, “No, Boss, thank you Boss, I’m fine” and go back to talking to me.

I just loved being around him. I am starting my fifth decade of movie madness and he was by far the most popular figure on any film set I ever knew. A bunch of us—Billy Crystal I think was one—used to spitball about doing a TV series for Andre, so he could cut down the three hundred plus days a year of travel wrestling required. I think it was going to be called something like Here Comes Andre and it was going to be about a wrestler who decided he’d had enough and got a job as a baby-sitter.

Kids went nuts over him. Whenever I’d walk into the Fire Swamp set, there he’d be, one kid on his head, a couple on each shoulder, one in each hand. They were the children of people who worked on the movie and they would all sit there in silence, watching the shoot.

“Beeeel?” It is now that freezing night and I could tell from his tone, we were entering into difficult terrain. He took a long pause before continuing. “Ow doo yoo theenk, so far eees my Feh-zeeeek?”

I told him the truth, which was that I had written the part for him. Back in ’41 when my father first read the Morgenstern to me, I naturally had no idea movies were written. They were just these things I loved going to at the Alcyon. Later, when I got in the business and adapted this for the Silver Screen, I had no idea who should play Fezzik if the movie ever actually happened. Then one night on the tube there Andre was wrestling. He was young then, I don’t think much over twenty-five.

Helen (my wife then, the world - famous shrink) and I arewatching the tube in bed. Or rather, I am watching the tube,Helen is translating one of her books into French. I screamed—“Helen, my God, look, Fezzik.”

She knew what I was talking about, knew how important a movie of the Morgenstern was to me, understood how many times it had come close, how upset I was that it never seemingly would happen. She had tried on occasion to get me to deal with the reality, which was that the movie might not get made. I think she started to make that pitch again, then saw the look in my eyes as I watched Andre slaughter a bunch of bad guys.

“He’ll be great,” she said, trying very hard to assure me.

And here I was, a decade - plus later, chatting with this amazing Frenchman, who I will envision now and forever with little kids climbing all over him. “Your Fezzik is wonderful,” I said. And it was. Yes, his French accent was a trifle thick, but once you got used to it, no problem.

“I ’ave work vairy ’aard to be so. Thees is much more deeper par’ than Beeg - fooooot.” (One of his only other non–wrestling roles was when he had played Bigfoot years before on I think a Six Million Dollar Man.) “I doo vair’ much resear. For my char.”

I realized right off that “char” was Andre for “character.” “What research, exactly?” I figured he was going to tell me he’d read the French edition several times. 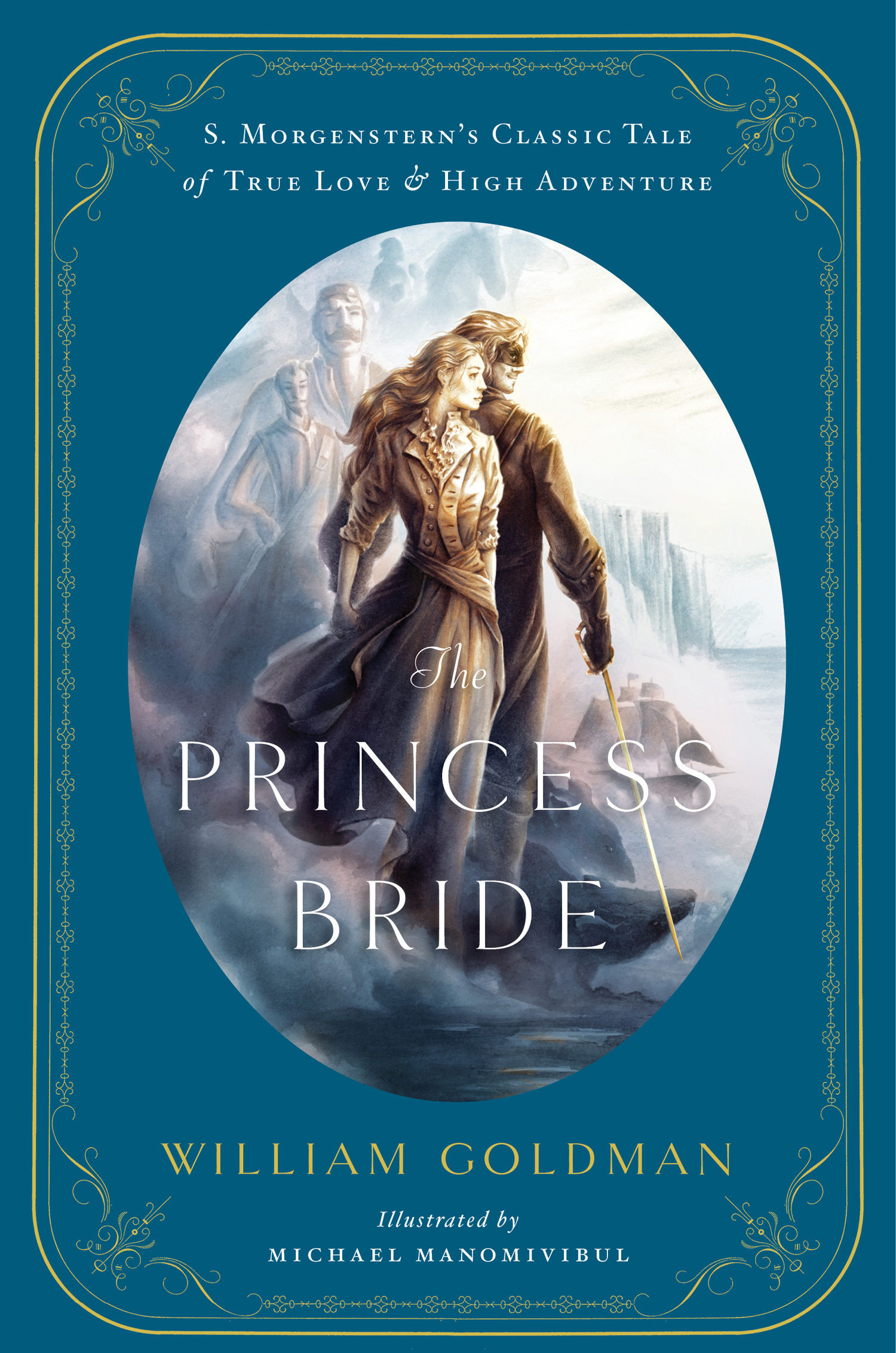