Anyone who lived through the 1980s may find it impossible—inconceivable, even—to equate The Princess Bride with anything other than the sweet, celluloid romance of Westley and Buttercup, but the film is only a fraction of the ingenious storytelling you'll find in these pages. Rich in character and satire, the novel is set in 1941 and framed cleverly as an “abridged” retelling of a centuries-old tale set in the fabled country of Florin that's home to “Beasts of all natures and descriptions. Pain. Death. Brave men. Coward men. Strongest men. Chases. Escapes. Lies. Truths. Passions.”

About the author
William Goldman

WILLIAM GOLDMAN (1931-2018) wrote books and movies for more than fifty years. He won two Academy Awards (for Butch Cassidy and the Sundance Kid and All the President's Men), and three Lifetime Achievement Awards in screenwriting.

The year that Buttercup was born, the most beautiful woman in the world was a French scullery maid named Annette. Annette worked in Paris for the Duke and Duchess de Guiche, and it did not escape the Duke’s notice that someone extraordinary was polishing the pewter. The Duke’s notice did not escape the notice of the Duchess either, who was not very beautiful and not very rich, but plenty smart. The Duchess set about studying Annette and shortly found her adversary’s tragic flaw.

Annette never had a chance. Inside a season, she went from delicate to whopping, and the Duke never glanced in her direction without sad bewilderment clouding his eyes. (Annette, it might be noted, seemed only cheerier throughout her enlargement. She eventually married the pastry chef and they both ate a lot until old age claimed them. Things, it might also be noted, did not fare so cheerily for the Duchess. The Duke, for reasons passing understanding, next became smitten with his very own mother-in-law, which caused the Duchess ulcers, only they didn’t have ulcers yet. More precisely, ulcers existed, people had them, but they weren’t called “ulcers.” The medical profession at that time called them “stomach pains” and felt the best cure was coffee dolloped with brandy twice a day until the pains subsided. The Duchess took her mixture faithfully, watching through the years as her husband and her mother blew kisses at each other behind her back. Not surprisingly, the Duchess’s grumpiness became legendary, as Voltaire has so ably chronicled. Except this was before Voltaire.)

The year Buttercup turned ten, the most beautiful woman lived in Bengal, the daughter of a successful tea merchant. This girl’s name was Aluthra, and her skin was of a dusky perfection unseen in India for eighty years. (There have only been eleven perfect complexions in all of India since accurate accounting began.) Aluthra was nineteen the year the pox plague hit Bengal. The girl survived, even if her skin did not.

When Buttercup was fifteen, Adela Terrell, of Sussex on the Thames, was easily the most beautiful creature. Adela was twenty, and so far did she outdistance the world that it seemed certain she would be the most beautiful for many, many years. But then one day, one of her suitors (she had 104 of them) exclaimed that without question Adela must be the most ideal item yet spawned. Adela, flattered, began to ponder on the truth of the statement. That night, alone in her room, she examined herself pore by pore in her mirror. (This was after mirrors.) It took her until close to dawn to finish her inspection, but by that time it was clear to her that the young man had been quite correct in his assessment: she was, through no real faults of her own, perfect.

As she strolled through the family rose gardens watching the sun rise, she felt happier than she had ever been. “Not only am I perfect,” she said to herself, “I am probably the first perfect person in the whole long history of the universe. Not a part of me could stand improving, how lucky I am to be perfect and rich and sought after and sensitive and young and . . .”

The mist was rising around her as Adela began to think. Well of course I’ll always be sensitive, she thought, and I’ll always be rich, but I don’t quite see how I’m going to manage to always be young. And when I’m not young, how am I going to stay perfect? And if I’m not perfect, well, what else is there? What indeed? Adela furrowed her brow in desperate thought. It was the first time in her life her brow had ever had to furrow, and Adela gasped when she realized what she had done, horrified that she had somehow damaged it, perhaps permanently. She rushed back to her mirror and spent the morning, and although she managed to convince herself that she was still quite as perfect as ever, there was no question that she was not quite as happy as she had been.

She had begun to fret.

The first worry lines appeared within a fortnight; the first wrinkles within a month, and before the year was out, creases abounded. She married soon thereafter, the selfsame man who accused her of sublimity, and gave him merry hell for many years.

Buttercup, of course, at fifteen, knew none of this. And if she had, would have found it totally unfathomable. How could someone care if she were the most beautiful woman in the world or not. What difference could it have made if you were only the third most beautiful. Or the sixth. (Buttercup at this time was nowhere near that high, being barely in the top twenty, and that primarily on potential, certainly not on any particular care she took of herself. She hated to wash her face, she loathed the area behind her ears, she was sick of combing her hair and did so as little as possible.) What she liked to do, preferred above all else really, was to ride her horse and taunt the farm boy.

The horse’s name was “Horse” (Buttercup was never long on imagination) and it came when she called it, went where she steered it, did what she told it. The farm boy did what she told him too. Actually, he was more a young man now, but he had been a farm boy when, orphaned, he had come to work for her father, and Buttercup referred to him that way still. “Farm Boy, fetch me this”; “Get me that, Farm Boy—quickly, lazy thing, trot now or I’ll tell Father.”

“He’s slaved for many years; hard work should be rewarded.” Then, rather than continue the argument (they had arguments then too), they would both turn on their daughter.

“You didn’t bathe,” her father said.

“I did, I did” from Buttercup.

“Not with water,” her father continued. “You reek like a stallion.”

PRAISE FOR THE PRINCESS BRIDE

"[Goldman's] swashbuckling fable is nutball funny . . . A 'classic' medieval melodrama that sounds like all the Saturday serials you ever saw feverishly reworked by the Marx Brothers." --Newsweek

"One of the funniest, most original, and deeply moving novels I have read in a long time." --Los Angeles Times 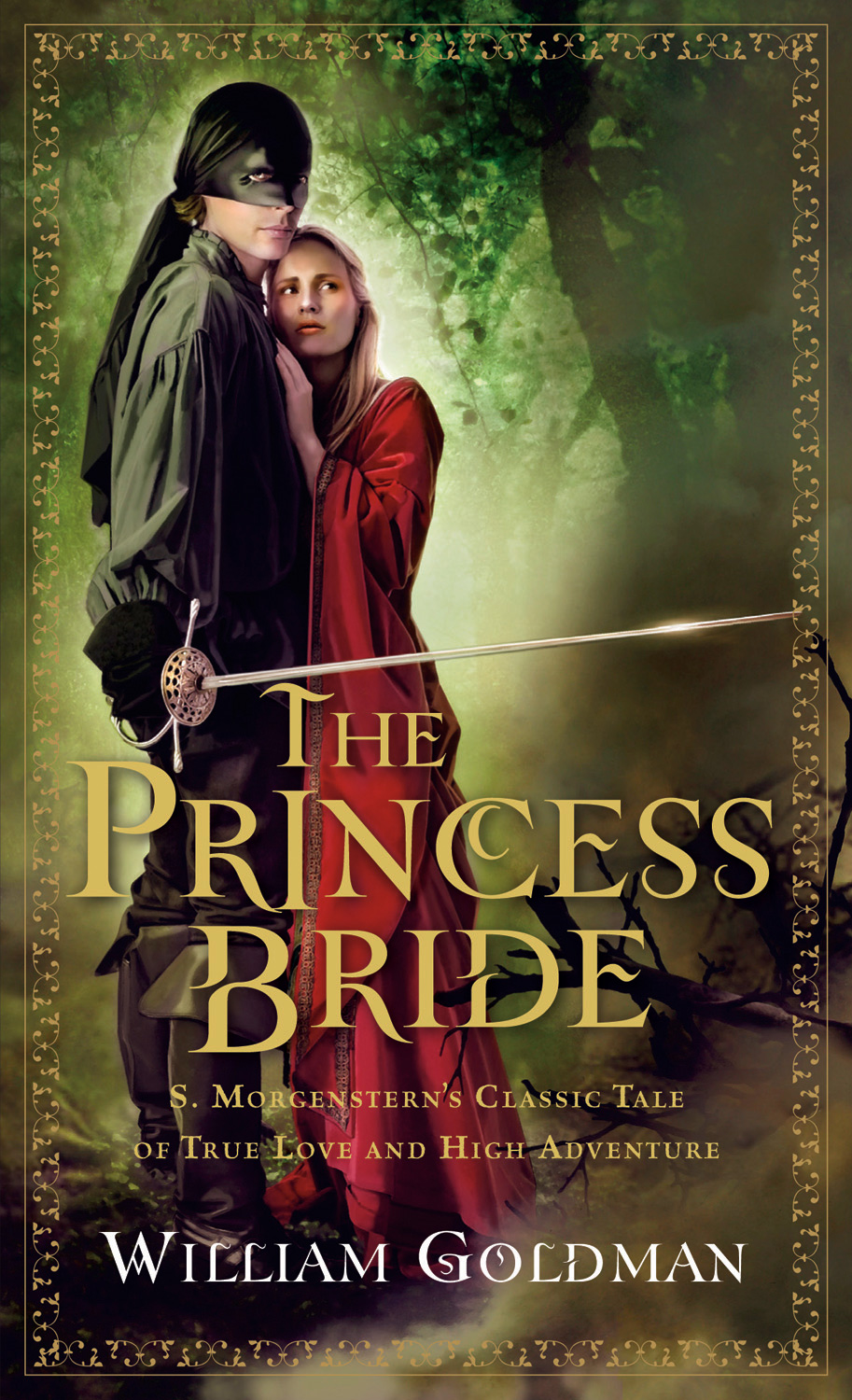