From an author who consistently gives us “suspense that never stops” (James Patterson), a near-future thriller that makes your most paranoid fantasies seem like child’s play.

“The book’s tone is Chandleresque, the conspiracy worrying Carver and Jenner expands to Pynchonian proportions, and the physical ick they encounter might have oozed out of a Cronenberg movie.”—Washington Post

It’s late Thursday and Inspector Ross Carver is at a crime scene: a dead man covered in an unknown substance that’s eating through his skin. Suddenly, six FBI agents burst in and haul Carver outside and into a disinfectant trailer, where he’s shocked unconscious. On Sunday he wakes up in his own bed, his neighbor Mia—who he’s barely spoken to—by his side. He can’t remember the past three days. Mia says police officers brought him home and told her he’d been poisoned. Carver can’t disprove her, but his gut says to keep her close.

A mind-bending, masterfully plotted thriller—“like Blade Runner if it were written by Charles de Lint or Neil Gaiman”*—The Night Market follows Carver as he works to find out what happened to him, soon realizing he’s entangled in a massive web of conspiracy. And that Mia knows a lot more than she lets on.

“Mystery and thriller readers will find much to love here, but fans of science fiction also should embrace this incredible work.”—Bookreporter

About the author
Jonathan Moore

JONATHAN MOORE lives in Hawaii with his wife and son, and is the author of five books. Before completing law school in New Orleans, he was an English teacher, a bar owner, a raft guide, a counselor at a Texas wilderness camp for juvenile delinquents, and an investigator for a criminal defense attorney in Washington, D.C.

Praise for The Night Market

Named an Exciting Mystery/Thriller of Winter 2018 by Bookish

Named a Best Mystery of 2018 by Maxim Jakuboswki, CrimeTime

“A grim and gripping tale of well-earned paranoia…Moore, an attorney, uses his tight-lipped prose to fine effect…I’ll wager, ‘The Night Market’ and its predecessors, ‘The Poison Artist’ and ‘The Dark Room,’ are like nothing you’ve ever read. In his acknowledgments, Moore sums up the novels as ‘a three-panel painting of San Francisco.’ As done, he might have added, by Hieronymus Bosch.” —Washington Post

"A sharp and scary near-future thriller that delivers a dark message about society's love affair with technology...Unsettling, stylish noir...[The] utterly shocking revelations in the third act are the stuff of nightmares. You'll never look at a flock of sparrows the same way again." —Kirkus Reviews, starred review

"Outstanding...Moore smoothly fills Carver’s quest for the truth with equal parts hidden menace and outright strangeness. This mystery feels like Blade Runner as if it were written by Charles De Lint or Neil Gaiman." —Publishers Weekly, starredreview

"What a talent this author has for creating setting and atmosphere...Clever, unique, and unpredictable." —A Book and a Cup of Tea

"[Moore] has a knack for evoking the stuff of nightmares which has me hooked from the first page." —Maxim Jakubowski,  CrimeTime

An iBooks Best Book of January 2017

“Moore channels the moody intensity of Raymond Chandler’s crime fiction and saturates The Dark Room with the brooding cinematic qualities of the mid-20th century’s black-and-white film noir genre...The Dark Room will prompt readers unfamiliar with Moore to seek out his other works, including The Poison Artist, which Stephen King describes as electrifying.” —Washington Post

“Smart plotting. Nary a false note. Suspense that never stops. If you like Michael Connelly’s novels, you will gobble up Jonathan Moore’s The Dark Room.” —James Patterson

"Complex, well-crafted thriller... Moore—an attorney and author of three previous novels, including The Poison Artist and Redheads, which was short-listed for the Bram Stoker Award—infuses the complicated tale with richly detailed forensic facts and procedural expertise that would make [Kathy] Reichs proud. At the same time, he makes a concerted effort to craft characters you can care about." —BookPage

"An engaging and thoroughly contemporary mystery...The Dark Room is a worthy introduction to Moore’s work, and will soon have you seeking out his earlier titles (like The Poison Artist or Redheads) while waiting for his next crime novel." —Bookgasm

"Exuding noirish elements and utilizing the city’s mean streets to their full, atmospheric effect, The Dark Room oozes dastardly deeds from blackmail to murder—and beyond." — Seattle Review of Books

"The Dark Room is a complex, edgy, elegant novel that is at once macabre, menacing, and mesmerizing. Moore calls this book “the center panel in a triptych” that started with The Poison Artist. The third, The Night Market, is scheduled for 2018. I can’t wait." —Open Letters Monthly

"The Dark Room is one of those books that when you think you know what happened, it veers directions and plunges into another stream of questions and doubt...[it] will lure you in from the first chapter and then capture your attention until the very last page....a great crime novel that I won’t forget anytime soon." —Latte Nights Reviews

"Complex and often deeply disturbing crime noir...Moody and macabre with an Edgar Allan Poe feel to it, this book leaves an uncomfortable, indelible impression that can't be shaken by simply putting it down. The featureless Cain and his search for the woman in the casket are irresistible. San Francisco has never been so menacing." —Kirkus Reviews, starred review

"Moore calls this book 'the center panel in a triptych' that started with The Poison Artist. With this second electrifying noir thriller, readers won’t want to wait until 2018, when the third, The Night Market, is scheduled for publication." —Booklist, starred review

Selected Praise for The Poison Artist

“The Poison Artist is an electrifying read, building from shock to shock. I read the last one hundred pages in a single sitting. The final chapter is an absolute stunner. I haven’t read anything so terrifying since Red Dragon.”  —Stephen King

“A magnificent, thoroughly unnerving psychological thriller written in a lush, intoxicating style. I dare you to look away." —Justin Cronin

"The Poison Artist is a rare thing: a totally new take on the mystery-thriller genre...Jonathan Moore's story of a scientist helping the police investigate a femme fatale serial killer using poison is totally fresh and unpredictable. The writing is top-notch, wonderfully evoking a dark and foggy San Francisco where ghosts of the past color the bloody events of the day. Grade: A." —Cleveland Plain Dealer

"The Poison Artist takes place in a fog-bound, rain-drenched version of San Francisco, which becomes, in Moore’s telling, almost a city from a dream, where truths and realities slip in and out of focus somewhere between the long nights and the constantly filled glasses...It’s genuinely scary, in the very best way, and nastily twisty, also in the very best way. Just like the clashes between Caleb’s day and night existences, Moore’s hypnotic, rich prose shifts and jars from seductive bars at night to the gruesome way fingerprints have to be taken from a body that has been underwater for days. Spiralling down from dream into nightmare, The Poison Artist is thoroughly unnerving and classily executed." —Guardian

“Moore has a great gift for the macabre and creepy.” —Time... 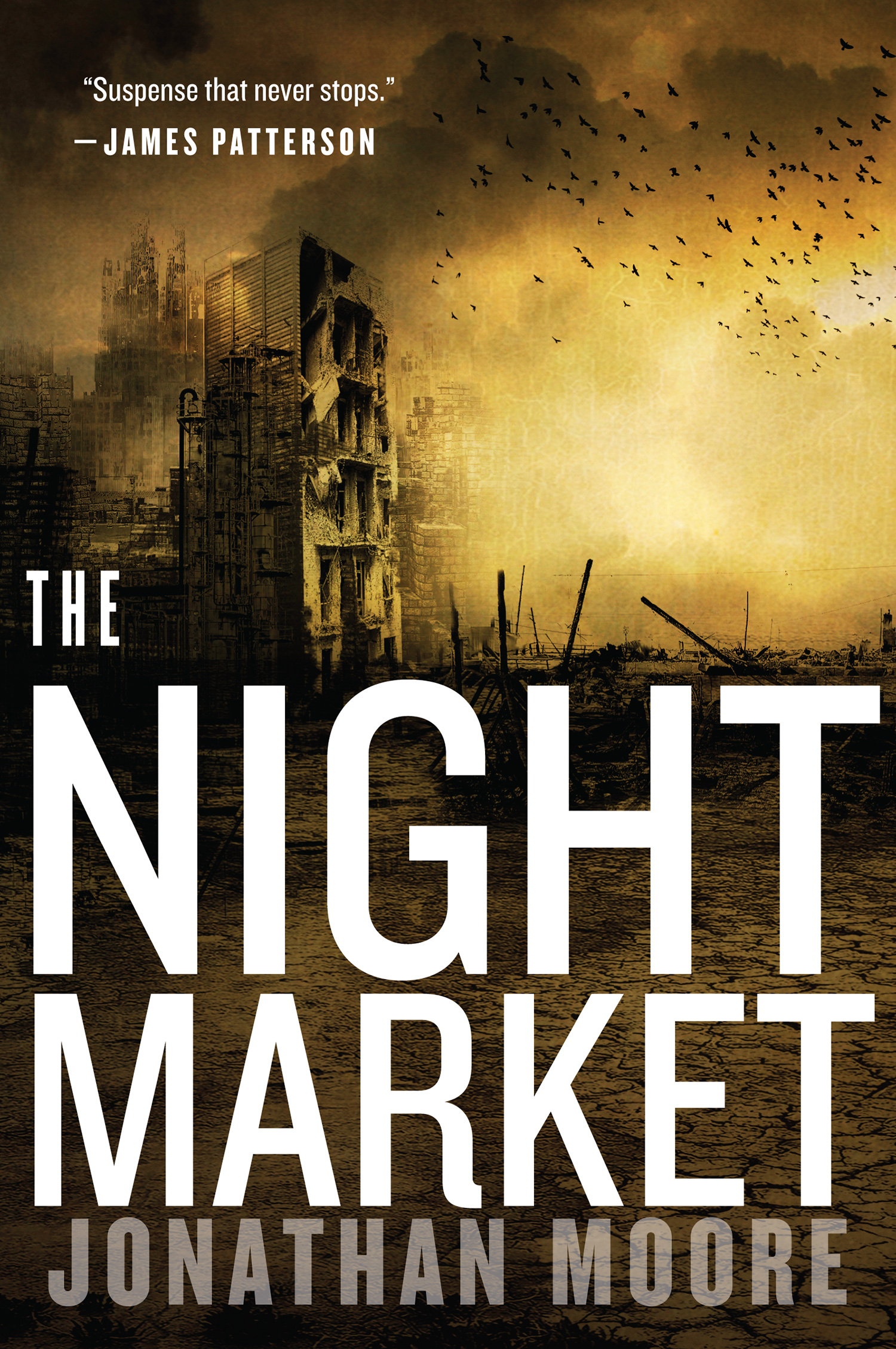