The Natural Mind: A Revolutionary Approach to the Drug Problem

A bestseller in its original edition, The Natural Mind was Dr. Andrew Weil’s &#64257;rst book and the philosophical basis for all of his resulting beliefs and tenets on health, healing, and the mind. Now completely revised and updated for the twenty-&#64257;rst century, The Natural Mind suggests that the desire to alter consciousness periodically is an innate, normal human drive. A landmark in his career, and in America’s approach to the drug problem in general, The Natural Mind is essential reading for anyone interested in Andrew Weil’s philosophy of integrative medicine and optimum health.

The best-selling books of Andrew Weil, "the guru of alternative medicine," (San Francisco Examiner) offer a comprehensive blend of traditional and alternative methods that help to achieve better health in the modern world.

A bestseller in its original edition, The Natural Mind was Dr. Andrew Weil’s frst book and the philosophical basis for all of his resulting beliefs and tenets on health, healing, and the mind. Revised and updated for the twenty-first century, The Natural Mind suggests that the desire to alter consciousness periodically is an innate, normal human drive. A landmark in his career, and in America’s approach to the drug problem in general, The Natural Mind is essential reading for anyone interested in Andrew Weil’s philosophy of integrative medicine and optimum health.

About the author
Andrew T. Weil

Andrew Weil, M.D., has degrees in biology and medicine from Harvard University. Author of the best-selling Spontaneous Healing and Eight Weeks to Optimum Health, he traveled the world experiencing and studying healers and healing systems and has earned an international reputation as an expert on alternative medicine, mind-body interactions, and medical botany. He is the associate director of the Division of Social Perspectives in Medicine and the director of the Program in Integrative Medicine at the University of Arizona in Tucson.

What This Book Is About

This book is an exposition of a theory that can help us. It is not a primer of pharmacology or a program for social reform. Rather, it is the germ of a new way of thinking about drugs and consciousness — a way that creates possibilities for solving a problem that divides us bitterly in our nation, in our schools, and in our homes.

I have been actively interested in drugs that affect the mind for the past ten years, and during that time I have had many opportunities to write this book. I have declined to do so until now for a number of reasons that are pertinent to the ideas I intend to develop in these pages. Before I discuss them, let me state briefly why I now wish to write.

The growing presence in our midst of chemicals that seem to alter consciousness raises questions of the utmost importance for us as individuals and as social beings. Examples of these questions are: What do these drugs tell us about the relationship between mind and body? Are they legitimate tools (in any sense) for changing the mind in a direction of greater awareness? How can a society come to terms with the individual urge to alter awareness? These questions are important because they bear directly on the nature of consciousness, which is, ultimately, the only problem worthy of total intellectual effort. It is the concern of all the world’s philosophies and religions, other problems being less precise statements of the same thing. All of us are working on the problem of consciousness on some level, and the conclusions we come to determine what we think about ourselves and the universe, how we live, and how we act. The complex phenomena associated with drugs in our country seem to me to be significant pieces of evidence to be taken into account in this process — clues to help us in our work whether we use drugs or not. It would be useful to have this evidence presented clearly and unemotionally.

In directing attention to matters of consciousness, I am not ignoring or minimizing the very real problems associated with drugs. Our news media are full of documented reports on the tragic consequences of the misuse of chemical agents in search of highs. But having acknowledged the reality of these problems, I propose to find solutions to them by looking to the positive aspects of the drug experience rather than to the negative ones (which are visible all around us). By positive I mean simply “tending in the direction of increase or progress” rather than the reverse, and I will attempt to justify this methodology in the course of the book.

During my years as a drug expert (a role I now cheerfully abandon) I have sat through a great many conferences about drugs attended by all sorts of people, but I have never heard the important questions given the attention they deserve. Instead, I have listened to pharmacologists arguing over changes (or possibly no changes) in the chromosomes of rats exposed to LSD, to users rambling on about the purely hedonistic aspects of drug experience, to physicians pretending to themselves that medical science can explain the subjective effects of drugs, to parents and educators begging for methods to make youngsters turn away from drugs, and so on and so on. These discussions have been emotionally charged, but the intellectual level has been uniformly low, whether the participants have been psychiatrists or addicts, students or policemen. I have waited for years for the talk to get around to the interesting questions, but it never has. Nor does it look as if it will. Consequently, I have resolved to stop going to drug conferences and to write instead.

In addition, I have collected an unusual body of information on this subject that I feel obligated to share with people who are interested in the meaningful questions. Through a series of coincidences I have had a chance to look at drugs from the point of view of a journalist, a user, an ethnobotanist, a physician, a laboratory pharmacologist, a “drug abuse expert,” and a federal government employee. No one of these viewpoints by itself enabled me to understand what I saw or to come to any useful conclusions. But gradually, from all the experiences I have had in these diverse positions, certain unifying themes have emerged. And to my great surprise, the principles that I have begun to discern leave me profoundly optimistic about the possibility of extricating ourselves from the desperate situation we now find ourselves in. In the following chapters I will describe how I have arrived at certain conclusions and will go into some detail about the reasons for my optimism.

Among the considerations that have kept me from writing until now, the emotionalism of the subject has bbeen uppermost in my mind. Drugs are not an emotionally neutral topic of discourse. There is no such thing as a disinterested drug expeeeeert, despite the stance of many scientists who claim to be presenting purely objective information. This is so precisely because the issues raised by drugs touch so closely upon our profoundest hopes and fears. Everyone who speaks or writes about drugs (and certainly all who “investigate” them) together with everyone who hears or reads what is said and written has an emotional involvement with the information. The exact nature of this involvement differs from person to person in both degree and quality, but it is always there. Consequently, it is extremely difficult to talk about drugs except in a direct interpersonal situation, where, at least, there is some possibility of monitoring emotional reactions.

In the course of my writings and lectures I have learned that people hear what they want to hear and tune out what they do not want to hear. I have also observed that the distortions of communication caused by emotional investments in preconceived notions are most damaging in groups that regard themselves to be free of such notions, such as physicians and pharmacologists.

Where a topic provokes emotional reactions, one may expect to see a closely related process of polarization in which divergent interpretations of data develop. The controversies that divide us over drugs illustrate this process well, for they are not so much battles over observations as battles over the significance to be attached to observations. No careful observer doubts that heavy marijuana smoking correlates with an “amotivational syndrome” characterized by lassitude, indifference, and a neurotic inability to accomplish things society considers important. But as soon as we try to interpret that correlation we run into trouble. Is heavy marijuana smoking a cause of amotivation, as many psychiatrists tell us, or is it simply another manifestation of an underlying (and unknown) psychological process? At every turn in our examination of observations concerned with drugs, we are forced to choose between rival interpretations. What are the real facts?

The answer, very simply, is that there are no facts. Or, more precisely, there are no facts uncontaminated by some degree of value judgment. Of course, the greater the emotional investments (or biases) of the participants in this muddle, the greater will be the degree of contamination. I cannot emphasize too strongly that everything we hear and read today about drugs is affected in this way; all facts put forth about drugs are merely masquerading as such. Nor can I repeat too often that the problem is likely to be most serious in just those cases where it appears to be absent. As I shall show in a later chapter, the pharmacologist who “just gives the facts” about ecstasy, heroin, and marijuana is often interpreting data through the distortions of biases so sweeping and so internally consistent that they remain inv... 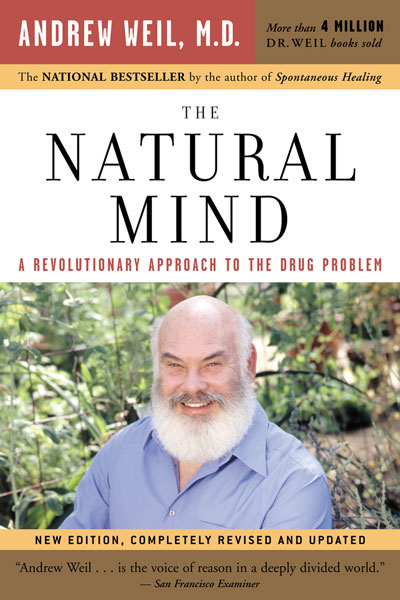