The Mystery of Mr. Nice: A Chet Gecko Mystery

Most folks know him as the best lizard detective at Emerson Hicky Elementary, but it's not all knuckles and know-how with Chet Gecko. He's also got his artistic side.
If it wasn't for his art, he might never have been sent to Principal Zero's office, where he stumbled onto the mystery of Mr. Nice. Because whatever you can say about Principal Zero, one thing is certain: He is not nice. Until now.
Chet knows something is wrong with this picture, and he's just the gecko to solve this mystery. After all, who do you think put the art in smart aleck?

Wombat Kisses It was a hot, slow day. History class crept by like a slug on ice. Mr. Ratnose stood at the blackboard, trying to make some history of his own as Most Boring Teacher Ever. Half the class was asleep, and the other half was trying to look like they weren’t. Me, I was watching Mr. Ratnose’s long whiskers droop like the seat of a kindergartner’s pj’s. Suddenly, inspiration struck. I whipped out a sheet of paper and a pen. Behind the cover of my open history book, I began a truly great cartoon. It started with Mr. Ratnose, and for the sake of Art, I made his nose four times the size it usually is. And that’s pretty big. Then I pooched out his lips. With great detail, I drew in Marge Supial, the school nurse, puckering up for the mother of all kisses. Before I’d even finished, I heard a smothered giggle. I glanced over at Bo Newt. "Eeew, wombat kisses!" he whispered. He giggled some more. Shirley Chameleon scooted her desk closer, trying to see what all the fuss was about. "Shhh," I said. An artist must have silence. I bent to my work. I had just labeled the characters in my latest masterpiece, when IT fell on me. The teacher’s shadow. "What do you call this?" said Mr. Ratnose. "Um . . . art gecko?" I said. "And who is that supposed to be?" He pointed a clawed finger at the big-nosed rat. Duh. It was obviously him. But I couldn’t say that. "Um, it’s an Afro-Cubist rendering of a rare lumpenhuffer in a Post Toasties–influenced style," I said. That’s the kind of stuff I read in my parents’ art books at home. No fooling. "It looks like me kissing a wombat," said Mr. Ratnose. He bared his long front teeth. The kids sitting near me were trying so hard not to crack up, they were snorting like pigs at a mud festival. Bo Newt’s eyes bulged like two pumped-up grapefruit. He clapped a hand over his mouth. My lip twitched into a semi-smirk. I couldn’t help it. "You think that’s funny?" said Mr. Ratnose. "No, I think it’s art," I said. My public agreed. I could tell because smothered laughter was turning their faces as purple as a grape-stomper’s socks. Mr. Ratnose frowned. His ears quivered. "Well, I think it’s awful," he said, grabbing my drawing. "It shows a lack of respect." Everybody’s an art critic. Mr. Ratnose scribbled on his pink pad. He tore off the sheet and thrust it at me. Then he ripped my sketch in half. Ouch. That hurt. But every great artist suffers insults in his time. I knew that future art lovers would recognize my genius. "Chet Gecko," said Mr. Ratnose, "go straight to the principal’s office, and take this–this thing." He pointed at my mangled artwork. "Mr. Zero will deal with you!" He stalked back to the front of the room, hairless tail dragging behind him. I sighed and got up to go. An artist’s life is not an easy one. That’s why I usually stick with detecting. People might make fun of my detective work, but they can’t tear it up. As I walked down the aisle, a bird’s voice chirped, "Mr. Ratnose, Chet’s not taking the drawing with him." I glanced over at her. Cassandra the Stool Pigeon. It figured. I went back and picked up my drawing, then trudged out the door and down the hall. Some days are like that. They begin with a punch to the gut or a mud pie in the kisser. You figure when a day starts like that, things can’t get much worse. But then, somehow or other, they do.

All rights reserved. No part of this publication may be reproduced or transmitted in any form or by any means, electronic or mechanical, including photocopy, recording, or any information storage and retrieval system, without permission in writing from the publisher. Requests for permission to make copies of any part of the work should be submitted online at www.harcourt.com/contact or mailed to the following address: Permissions Department, Houghton Mifflin Harcourt Publishing Company, 6277 Sea Harbor Drive, Orlando, Florida 32887-6777.
We’re sorry 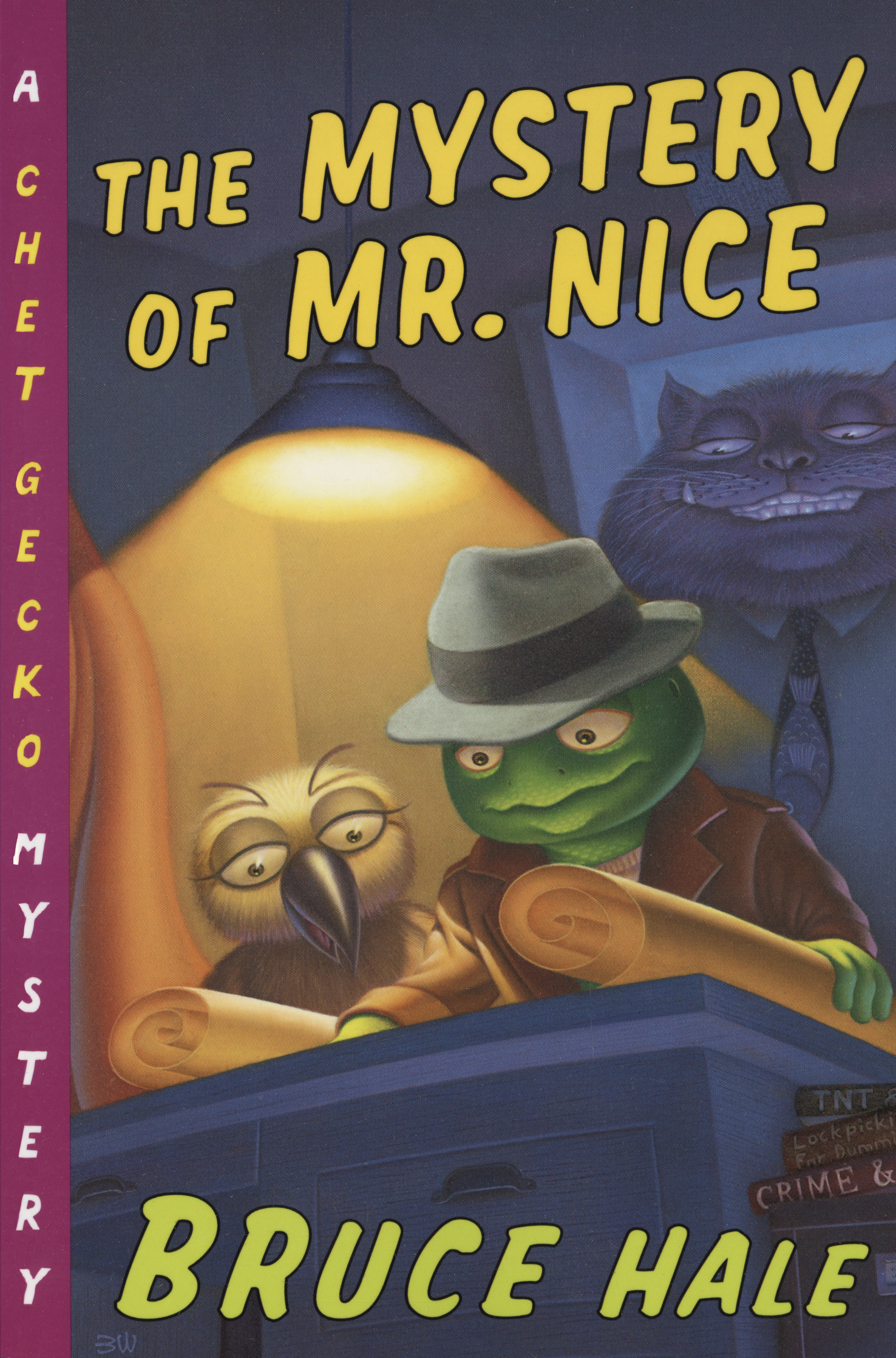