by Virginia Woolf and Francine Prose
$32.95

This first volume of its kind contains the complete text of and guide to Virginia Woolf's masterpiece, plus Mrs. Dalloway's Party and numerous journal entries and letters by Virginia Woolf relating to the book's genesis and writing. The distinguished novelist Francine Prose has selected these pieces as well as essays and appreciations, critical views, and commentary by writers famous and unknown. Now with additional scholarly commentary by Mark Hussey, professor of English at Pace University, this complete volume illuminates the creation of a celebrated story and the genius of its author.

Francine Prose is the award-winning author of a dozen works of fiction. She is a director's fellow at the Center for Scholars and Writers and lives in New York City.

An Introduction to Mrs. Dalloway

IT IS DIFFICULT-PERHAPS IMPOSSIBLE-FOR A WRITER TO SAY anything about his own work. All he has to say has been said as fully and as well as he can in the body of the book itself. If he has failed to make his meaning clear there it is scarcely likely that he will succeed in some pages of preface or postscript. And the author's mind has another peculiarity which is also hostile to introductions. It is as inhospitable to its offspring as the hen sparrow is to hers. Once the young birds can fly, fly they must; and by the time they have fluttered out of the nest the mother bird has begun to think perhaps of another brood. In the same way once a book is printed and published it ceases to be the property of the author; he commits it to the care of other people; all his attention is claimed by some new book which not only thrusts its predecessor from the next but has a way of subtly blackening its character in comparison with its own.

It is true that the author can if he wishes tell us something about himself and his life which is not in the novel; and to this effort we should do all that we can to encourage him. For nothing is more fascinating than to be shown the truth which lies behind those immense façades of fiction-if life is indeed true, and if fiction is indeed fictitious. And probably the connection between the two is highly complicated. Books are the flowers or fruit stuck here and there on a tree which has its roots deep down in the earth of our earliest life, of our first experiences. But here again to tell the reader anything that his own imagination and insight have not already discovered would need not a page or two of preface but a volume or two of autobiography. Slowly and cautiously one would have to go to work, uncovering, laying bare, and even so when everything had been brought to the surface, it would still be for the reader to decide what was relevant and what not. Of Mrs. Dalloway then one can only bring to light at the moment a few scraps, of little importance or none perhaps; as that in the first version Septimus, who later is intended to be her double, had no existence; and that Mrs. Dalloway was originally to kill herself, or perhaps merely to die at the end of the party. Such scraps are offered humbly to the reader in the hope that like other odds and ends they may come in useful.

But if one has too much respect for the reader pure and simple to point out to him what he has missed, or to suggest to him what he should seek, one may speak more explicitly to the reader who has put off his innocence and become a critic. For though criticism, whether praise or blame, should be accepted in silence as the legitimate comment which the act of publication invites, now and again a statement is made without bearing on the book's merits or demerits which the writer happens to know to be mistaken. One such statement has been made sufficiently often about Mrs. Dalloway to be worth perhaps a word of contradiction. The book, it was said, was the deliberate offspring of a method. The author, it was said, dissatisfied with the form of fiction then in vogue, was determined to beg, borrow, steal or even create another of her own. But, as far as it is possible to be honest about the mysterious process of the mind, the facts are otherwise. Dissatisfied the writer may have been; but her dissatisfaction was primarily with nature for giving an idea, without providing a house for it to live in. The novelists of preceding generation had done little-after all why should they?-to help. The novel was the obvious lodging, but the novel it seemed was built on the wrong plan. Thus rebuked the idea started as the oyster starts or the snail to secrete a house for itself. And this it did without any conscious direction. The little note-book in which an attempt was made to forecast a plan was soon abandoned, and the book grew day by day, week by week, without any plan at all, except that which was dictated each morning in the act of writing. The other way, to make a house and then inhabit it, to develop a theory and then apply it, as Wordsworth did and Coleridge, is, it need not be said, equally good and much more philosophic. But in the present case it was necessary to write the book first and to invent a theory afterwards.

If, however, one singles out the particular point of the book's methods for discussion it is for the reason given-that it has been made the subject of comment by critics, not that in itself it deserves notice. On the contrary, the more successful the method, the less it attracts attention. The reader it is to be hoped will not give a thought to the book's method or to the book's lack of method. He is concerned only with the effect of the book as a whole on his mind. Of that most important question he is a far better judge than the writer. Indeed, given time and liberty to frame his own opinion he is eventually an infallible judge. To him then the writer commends Mrs. Dalloway and leaves the court confident that the verdict whether for instant death or for some years more of life and liberty will in either case be just.

Long before Mrs. Dalloway became a classic, Virginia Woolf was exploring in a series of sketches and stories her fascination with the mental and physical excitement that surrounds parties. The seven stories in Mrs. Dalloway's Party create a portrait of what Woolf called "party consciousness." Whether considered as parallel expressions of the themes of Mrs. Dalloway or as stand-alone stories, this collection provides a valuable window into Woolf's writing mind.

"That Sort of Woman" copyright © 2003 by Elissa Schappell

All rights reserved. No part of this publication may be reproduced or transmitted in any form or by any means, electronic or mechanical,

including photocopy, recording, or any information storage and

retrieval system, without permission in writing from the publisher.

Requests for permission to make copies of any part of the work should be mailed to the following address: Permissions Department, Harcourt, Inc., 6277 Sea Harbor Drive, Orlando, Florida 32887-6777. 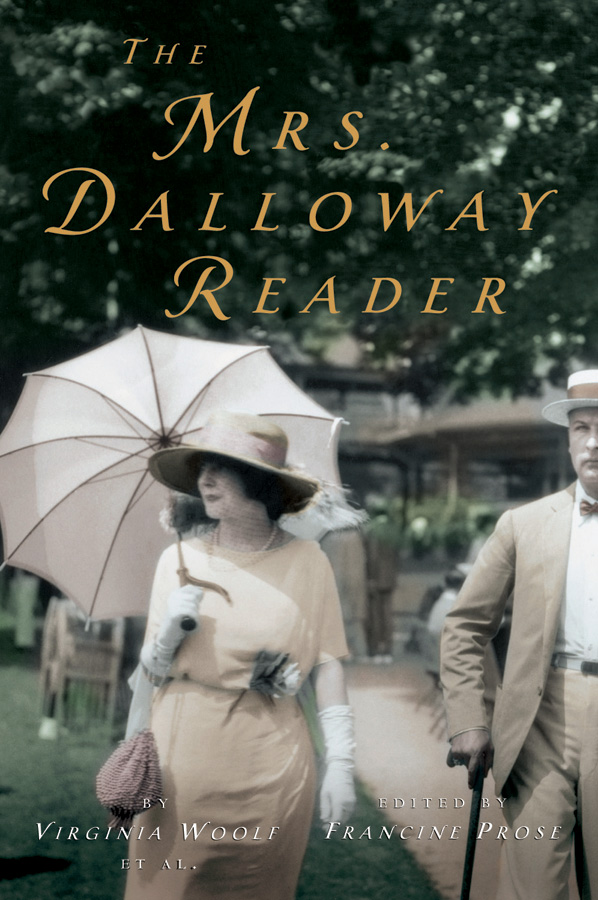