This absorbing novel about the Norwegian resistance during WWII is as informative as it is riveting. An action-driven story of heroism and perserverance, this book captivates, while shedding light on a region often overlooked in WWII fiction.

The year is 1942, and Norway is under Nazi occupation. Twelve-year-old Marit has decided to take action, despite her grandfather’s warnings. But will her plan work? Can she really complete her part of this secret code? And even if she can, would it make any difference to the Resistance?

As this novel reveals what Norwegian people did to preserve their dignity and freedoms, it uncovers a startling statistic: the German secret police systematically rounded up one teacher in ten and sent them to concentration camps for their refusal to teach Nazi propaganda to Norwegian schoolchildren. Set on an island of sturdy fishing trawlers and brightly painted homes, with smells of kelp and salt water, here is a riveting novel about risks taken, secrets kept, and, always, questions about whom to trust.

About the author
Mary Casanova

Mary Casanova is the author of nine middle-grade novels and three picture books.She lives with her family in Ranier, Minnesota.

In her dream, Marit raced Papa on her new wooden skis, farther and farther away from their hytte—their mountain cabin—and this time she was winning. Across the blinding whiteness, she pushed on, defying the mountains, said to be trolls turned to stone. She herringboned to the next peak, her thighs burning with the effort, then pushed off with her poles, and swooshed down through knee-deep powder.

An explosion wrenched Marit Gundersen from her sleep and shook her to her rib cage.

Wide-eyed, she bolted upright. Her skin prickled with fear. In near darkness, Marit flung back her feather-filled dyne and swung her legs over the bed’s icy edge. What had startled her? Her mind darted back and forth. An early thunderstorm in the mountains? The train from Oslo—had it crashed? Had the steamer exploded in Romsdal Fjord?

Mama burst into Marit’s room. “Marit!” she cried. “Get downstairs!”

“Mama, what’s going on?” Surely there was an explanation and no need to panic.

But Mama’s flannel nightgown swirled at her ankles as she turned to the hallway. “Come, Lars —you must wake up!”

Marit yanked a sweater over her nightgown, shoved her toes into her sheepskin slippers, and then stumbled from her room—right into Papa, his unlaced boots hitched over his pajama bottoms.

Marit squared her fists to her waist. “Papa, tell me what’s going on—”

“Downstairs to the cellar!” he said, his hand firm on her shoulder as he guided her toward the stairs. “Questions later.”

Mama dragged Lars through his bedroom doorway, but he pulled back against her hand and dropped in a heap on the floor.

Shrill and piercing sounds whistled overhead, followed by a thunderous boom-boom-boom! Papa turned and scooped Lars over his shoulder—as if he had just turned three, not seven—and down the stairs they all flew.

The living room walls shuddered. Dishes rattled in the hutch, and the mantel clock and lamps crashed to the floor. Before Marit and her family had crossed the room, another explosion hit nearby—boom!—and the living room window shattered. Marit grabbed Papa’s arm. “Papa, look.” Beyond the empty frame, and under the questioning gaze of snow-topped mountains, strange planes wheeled through the dusky sky. The pounding continued.

“No time! Under the table!” Papa shouted.

They dived for shelter as an ear-ringing roar passed over them. Marit cowered. What in the world was happening? Though she was in grade four, old enough to brave many things—she was a fast skier, always the first of her friends to jump into the icy fjord waters in spring, the one who wanted to hike to the topmost peaks in the summer—now she barely knew herself. She clutched Mama’s waist like a frightened toddler. With each explosion that shook the house, waves of fear rolled through her. Finally, a troubling quiet fell.

The house groaned with brokenness.

No one spoke until the last plane droned away.

Mama’s blue eyes were set in an ash-darkened face, her normally blond hair now blackened with soot. “Marit, are you all right?”

“Marit?” her mother repeated. “Can you hear me?”

Lars buried his face in the folds of Mama’s nightgown and cried. “I’m scared!” Her voice shaky, Mama comforted him. “We’re fine,” she said, smoothing his hair with the palm of her hand. “No one is hurt.”

For several minutes they huddled beneath the table, as if the warmth of their bodies could protect them from what had happened. Marit pressed her head against Papa’s chest. He wrapped his arm around her, his heart thudding against her ear. “We’ll get through this,” he said. Then he crawled out from their shelter and his boots crunched across glass to the broken window. He picked up his double-stringed fiddle from its fallen stand and shook out shards of glass. Holding it to his chest, he stared out the window. “Dear God—not Norway, too.”

“Nei, I think the Germans have done their damage . . . for the moment.”

Marit’s pulse thudded in her head and her stomach churnedd, but she finally found her voice. “Germans, Papa? Are you sure?”

“I’m sure. I saw the planes. Who else would invade us?”

“Invade,” Marit ventured, “as in Austria and Poland?” Her parents had discussed the latest events throughout Europe every evening attttt the dinner table.

He was quiet for a long moment. “Marit, I don’t know anything for sure yet. We need to find out who else was hit—what kind of damage has been done.”

Limbs trembling, uncertain her legs would hold her, Marit crawled out from under the table. The hutch had hopped an arm’s length from the corner, and Mama’s teapot and porcelain plates lay in splinters. The pot-bellied cookstove tilted through the kitchen wall, leaving a gaping ragged hole.

Marit stepped closer and looked out. Dirt, boards, a bicycle wheel, and pieces of twisted metal littered the yard. Only yesterday four pairs of skis stood in fresh snow against the shed, but now they were scattered and broken matchsticks. More than once, her grandparents had boasted how Norway had avoided war for over a hundred years. They said Norway was a peaceful country that got along with its neighbors. This shouldn’t be happening!

Village dogs began barking. Smoke rose above the trees and drifted in through the holes in her house’s walls and windows. The wail of a woman came from somewhere beyond. Marit’s hands fell to her sides and a vague numbness settled over her. Talk around the village had made her feel safe: “Norway stayed out of the Great War of 1914,” someone had said. “We’ll stay out of this one, too. Our king will see that we stay neutral.” Everyone spoke with certainty that the Nazis would never invade Norway.

But now, it seemed, they had. 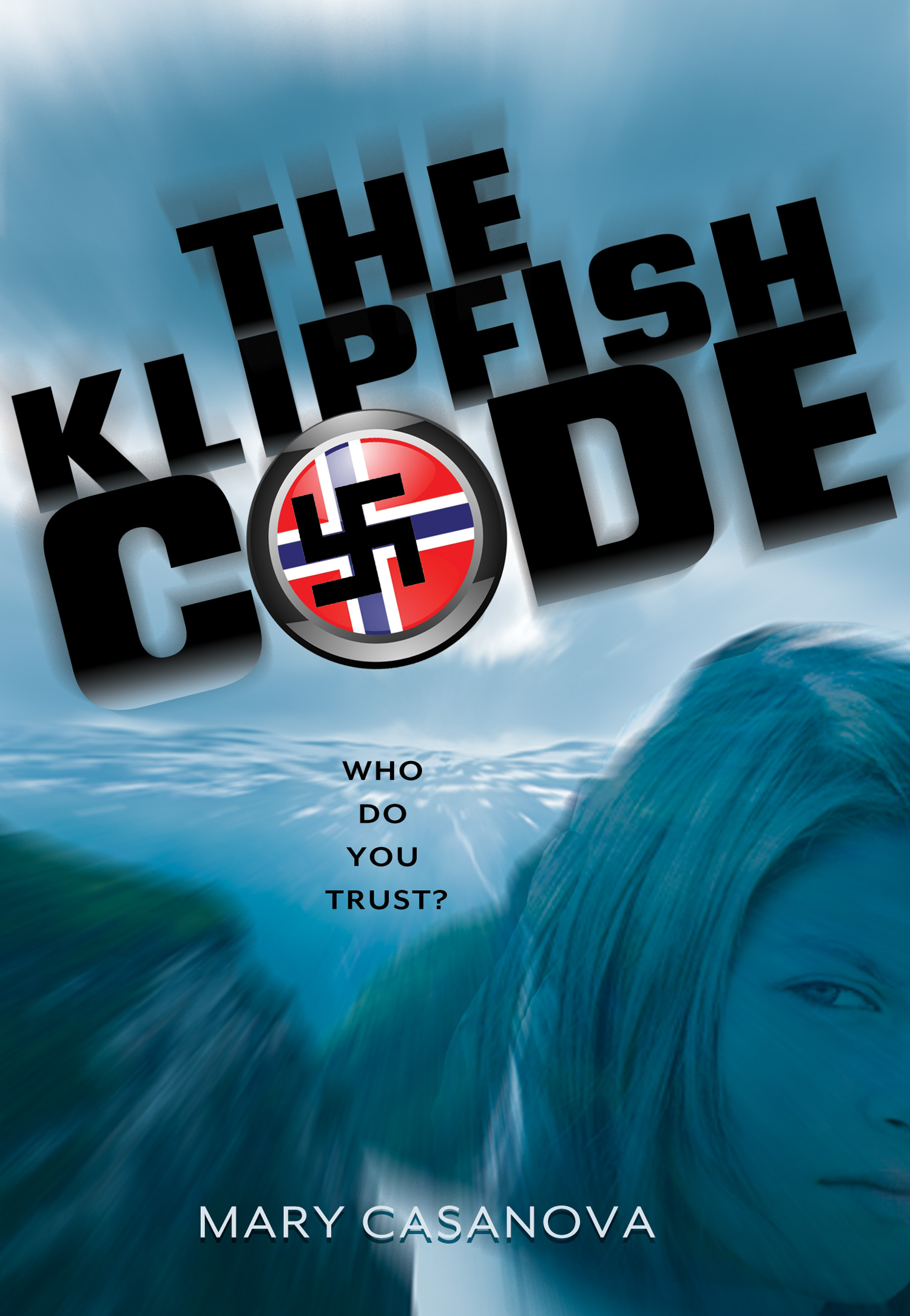