Arguing that the 1929 stock market crash was precipitated by rampant speculation in the stock market, Galbraith notes that the common denominator of all speculative episodes is the belief of participants that they can become rich without work. It was Galbraith's belief that a good knowledge of what happened in 1929 was the best safeguard against its recurrence.

Atlantic Monthly wrote, "Economic writings are seldom notable for their entertainment value, but this book is. Galbraith's prose has grace and wit, and he distills a good deal of sardonic fun from the whopping errors of the nation's oracles and the wondrous antics of the financial community."

About the author
John Kenneth Galbraith

John Kenneth Galbraith (1908-2006) was a critically acclaimed author and one of America's foremost economists. His most famous works include The Affluent Society, The Good Society, and The Great Crash. Galbraith was the recipient of the Order of Canada and the Robert F. Kennedy Book Award for Lifetime Achievement, and he was twice awarded the Presidential Medal of Freedom. 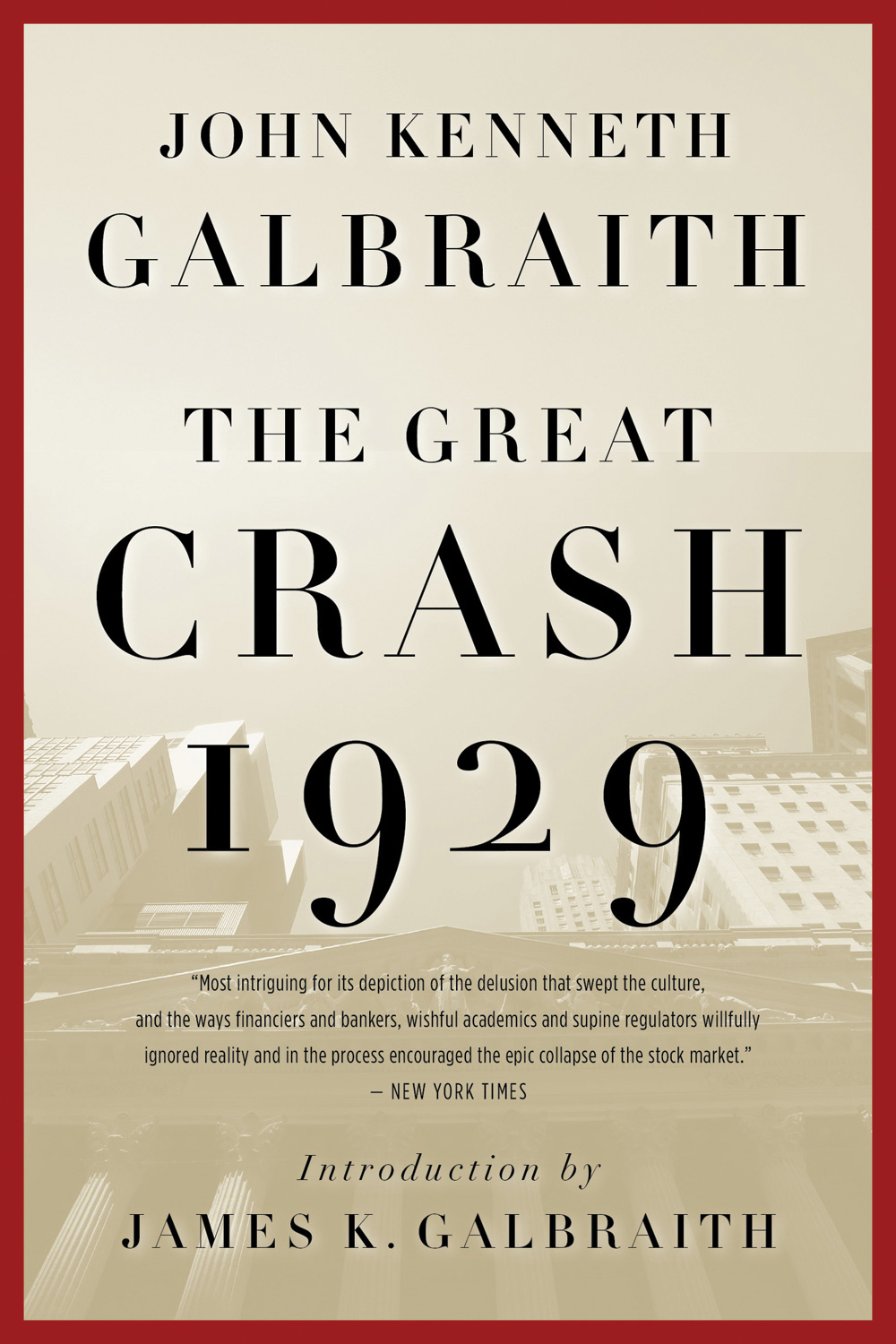