The Fall of Gondolin

In the Tale of The Fall of Gondolin are two of the greatest powers in the world. There is Morgoth of the uttermost evil, unseen in this story but ruling over a vast military power from his fortress of Angband. Deeply opposed to Morgoth is Ulmo, second in might only to Manwë, chief of the Valar: he is called the Lord of Waters, of all seas, lakes, and rivers under the sky. But he works in secret in Middle-earth to support the Noldor, the kindred of the Elves among whom were numbered Húrin and Túrin Turambar.

Central to this enmity of the gods is the city of Gondolin, beautiful but undiscoverable. It was built and peopled by Noldorin Elves who, when they dwelt in Valinor, the land of the gods, rebelled against their rule and fled to Middle-earth. Turgon King of Gondolin is hated and feared above all his enemies by Morgoth, who seeks in vain to discover the marvellously hidden city, while the gods in Valinor in heated debate largely refuse to intervene in support of Ulmo’s desires and designs.

Into this world comes Tuor, cousin of Túrin, the instrument of Ulmo’s designs. Guided unseen by him Tuor sets out from the land of his birth on the fearful journey to Gondolin, and in one of the most arresting moments in the history of Middle-earth the sea-god himself appears to him, rising out of the ocean in the midst of a storm. In Gondolin he becomes great; he is wedded to Idril, Turgon’s daughter, and their son is Eärendel, whose birth and profound importance in days to come is foreseen by Ulmo.

At last comes the terrible ending. Morgoth learns through an act of supreme treachery all that he needs to mount a devastating attack on the city, with Balrogs and dragons and numberless Orcs. After a minutely observed account of the fall of Gondolin, the tale ends with the escape of Túrin and Idril, with the child Eärendel, looking back from a cleft in the mountains as they flee southward, at the blazing wreckage of their city. They were journeying into a new story, the Tale of Eärendel, which Tolkien never wrote, but which is sketched out in this book from other sources.

Following his presentation of Beren and Lúthien Christopher Tolkien has used the same ‘history in sequence’ mode in the writing of this edition of The Fall of Gondolin. In the words of J.R.R. Tolkien, it was ‘the first real story of this imaginary world’ and, together with Beren and Lúthien and The Children of Húrin, he regarded it as one of the three ‘Great Tales’ of the Elder Days.

About the author
J.R.R. Tolkien

J.R.R. TOLKIEN (1892–1973) is the creator of Middle-earth and author of such classic and extraordinary works of fiction as The Hobbit, The Lord of the Rings, and The Silmarillion. His books have been translated into more than fifty languages and have sold many millions of copies worldwide.

CHRISTOPHER TOLKIEN (1924-2020) was the third son of J.R.R. Tolkien. Appointed by Tolkien to be his literary executor, he devoted himself to the editing and publication of unpublished writings, notably The Silmarillion, Unfinished Tales, and The History of Middle-earth.

ALAN LEE was born in Middlesex in 1947. His illustrated books include Faeries (with Brian Froud), Castles and Merlin Dreams, and the three 'Great Tales' of Middle-earth: The Children of Húrin, Beren and Lúthien, and The Fall of Gondolin. He has worked on such prestigious films as Erik the Viking (Terry Gilliam), Legend (Ridley Scott), and the acclaimed NBC miniseries Merlin. He is best known, however, for his work on the books The Hobbit and The Lord of the Rings, and now the film versions.

“An essential historical reference for Middle-earth fans . . . For enthusiasts, these glimpses into the burgeoning interconnectedness of Tolkien’s fiction are fascinating . . . Deep-lore delvers . . . will be rewarded with a thorough understanding of one of modern fantasy’s seminal works.”—Entertainment Weekly

“As with the posthumously published The Children of Húrin and Beren and Lúthien, this entry has been painstakingly and, clearly, lovingly edited by his son and literary executor Christopher Tolkien. Taking place long before the events of The Hobbit and The Lord of the Rings, the books fill in the historical record of those better-known stories . . . In detailing this vital — and indeed tragic — tale of Middle-earth lore, The Fall of Gondolin provides everything Tolkien’s readers expect . . . With apologies to Westeros, Narnia and whatever the Star Wars universe is called, Middle-earth stands as the most immersive and detailed fictional realm of our own age because of the different languages Tolkien — master philologist that he was — invented to describe it. Spending time in Middle-earth provides an opportunity to revel in his etymological derring-do . . . The Fall of Gondolin demonstrates yet again that Middle-earth boasts its own rich cosmology and history . . . [Christopher Tolkien’s] stewardship of his father’s legacy has been a tremendous success.”—Washington Post

“The Fall of Gondolin is fascinating, both as a glance into the backgrounds that make Middle-earth such a vibrant landscape and for its insights into Tolkien’s earliest interests.”—Deseret News

“Every Tolkien aficionado, and they are legion, will want to read this book, both for the story it tells and as a final collaboration between this legendary father-and-son duo.”—Library Journal, starred review

“Gives readers a final glimpse at the author’s brilliance . . . This work is a fitting end to Christopher Tolkien’s labors as the steward of his father’s beloved works, and is likely to be cherished by Tolkien’s many fans.”—Publishers Weekly, starred review

“A terrific novel that once again will transport readers old and new to the world of Middle-earth.”—Bookreporter.com

Praise for Beren and Lúthien

“Every version of the story in the book is incomplete, but under Christopher Tolkien’s steady editorial hand, the fragments assemble themselves to give us an impression of the whole. What makes this possible is the grace with which he handles his long-accustomed dual role of guide to both story and history. His preface and annotations are openhearted and engaging. He leads the reader pleasantly through the greater landscape of Middle-earth in the First Age, and strikes as clear a path as possible through the wilderness of Tolkien’s lifelong attempts to get the story finished and published. With eloquence and diligence and care, the son reconstructs and retraces the father’s journey, pursuing the tale through draft after draft as Tolkien pursued his vision of Middle-earth; as Beren, lost and hunted, followed the sound of Lúthien’s voice as she sang in the shadowed forest of Doriath.”—NPR.org

“A good introduction to Lord of the Rings fans nervous about taking on The Silmarillion, and also gives longtime fans a fascinating look at the Tolkiens’ myth-making process.”—EntertainmentWeekly.com 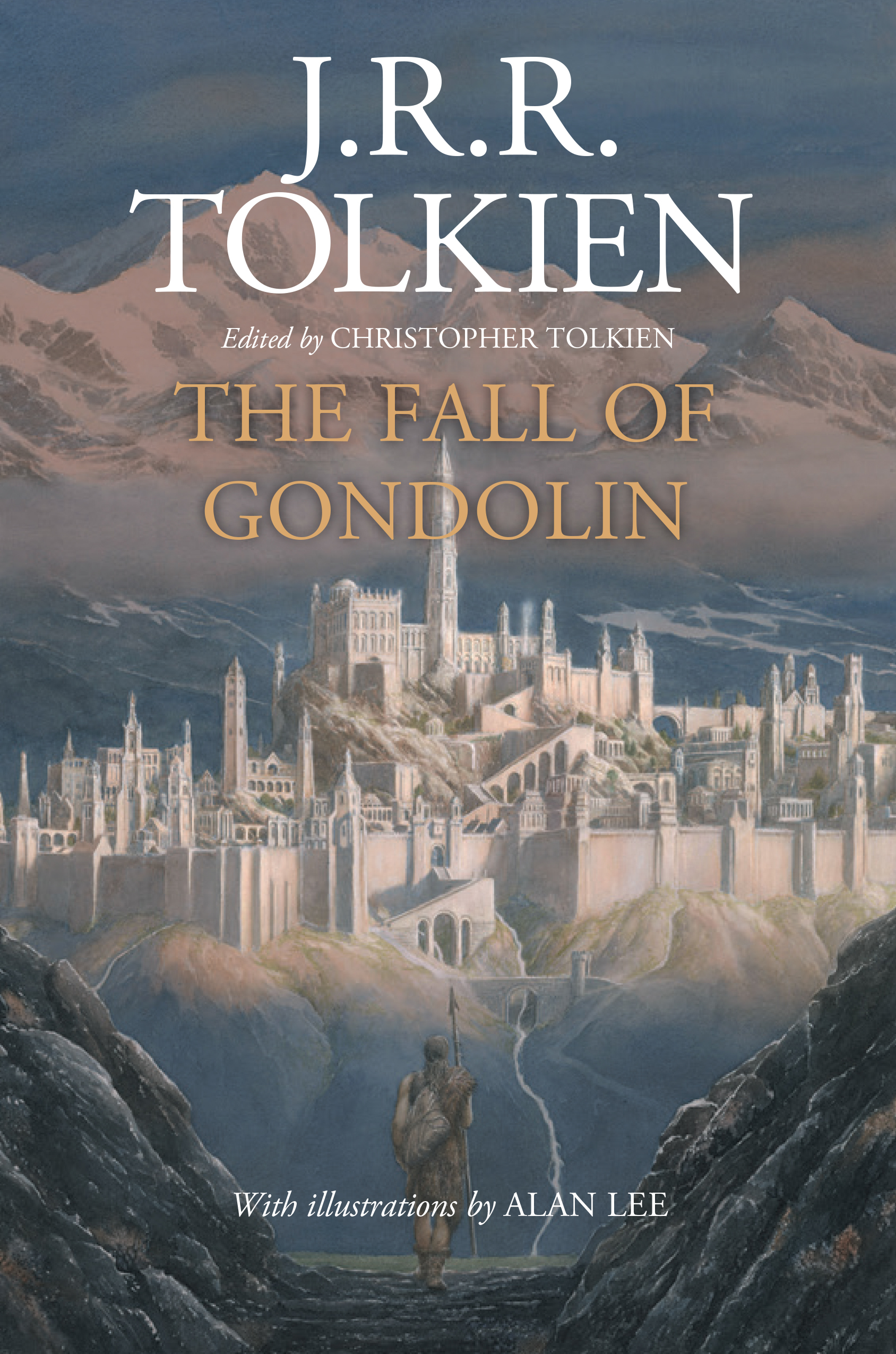