From Israel’s highly acclaimed author, a novel about a musician who returns home and finds the rhythm of her life interrupted and forever changed

“Engaging . . . Yehoshua is a master in his visual sketches of scenes.” —New York Times Book Review

“Four and a half decades after his first book’s publication, his twentieth shows Yehoshua’s writing chops are undiminished and his content fearlessly topical.” — New York Journal of Books

Noga, forty-two and divorced, is a harpist with an orchestra in the Netherlands. Upon the sudden death of her father, she is summoned home to Jerusalem by her brother to help make decisions in urgent family and personal matters. Returning also means facing a former husband who left her when she refused him children, but whose passion for her remains even though he is remarried and the father of two.

For her imposed three-month residence in Israel, her brother finds her work as an extra in movies, television, and opera. These new identities undermine the firm boundaries of behavior heretofore protected by the music she plays, and Noga, always an extra in someone else’s story, takes charge of the plot.

The Extra is Yehoshua at his liveliest storytelling best—a bravura performance.

At four in the morning the cell phone rings, its alarm forgotten from the day before, yet she doesn’t turn off the wistful melody planted in the gadget by an elderly flutist who wanted to be remembered during her long visit to Israel. Nor, when quiet is restored, does she curl up under her parents’ warm quilt to resume her interrupted sleep. Instead she tugs lightly on the levers of the electric bed and elevates its head, so that while still lying down she can scan the dawning Jerusalem sky, in search of the planet for which she was named.

When she was a child, her father told her to look for that planet before sunrise or just after sunset. “Even if you don’t find yourself in the sky,” he said, “it’s important to look up now and then, at least at the moon, which is smaller than your planet, just as your brother is smaller than you, but seems bigger to us because it’s closer.”

And so, on this visit to Israel ?— ?perhaps because of her forced unemployment, or else her temporary job as a movie extra, which sometimes requires working at night ?— ?she often lifts her eyes to the Israeli skies, less hazy than those over Europe.

On her brief visits to Israel in the years before her father’s death, she would stay with old friends from the Academy of Music rather than at her parents’ home. Contrary to what her brother, Honi, thought, this was not out of distaste for the new Orthodox neighbors who were turning the neighborhood “black.” Actually she, who in recent years had kept her distance from Jerusalem and enjoyed the secure and liberal milieu of Europe, found it easy to believe in respectful, tolerant coexistence with a minority, even as it showed signs of becoming a majority. After all, in her youth, when she practiced her music on Shabbat, the neighbors did not protest.

“In the ancient Temple they would play the harp on religious holidays,” Mr. Pomerantz, the handsome Hasid who lived one floor above, once told her. “So it’s nice for God-fearing people to know that you’re now practicing for the coming of the Messiah.”

“But will they also let girls like me play music in the new Temple?” demanded the young musician, red-faced.

“Also girls like you,” affirmed the man, gazing at her, “and if, when the Messiah comes, the priests won’t let you because you’re a girl, we’ll turn you into a handsome lad.”

Even this minor memory strengthens her belief in a local climate of tolerance, and unlike her brother, who fears his mother’s being besieged by the ultra-Orthodox, Noga watches their bustling lives with no grudge or complaint, merely with the amused eye of a tourist or folklorist who welcomes all the songs of the world to sing out in full color.

After her marriage, she had lived in Jerusalem for a few years with her husband, Uriah, but after leaving Jerusalem, and subsequently her husband, she preferred, on her occasional Friday night visits, to return after Shabbat dinner to Tel Aviv. Her parents’ intimacy, which only deepened in old age, made things harder for her, not easier. They’d said nothing about her refusal to have children, had even made their peace with it, and still she sensed that it was a relief for them that she not spend the night in their space. That way she would not intrude on a couple fiercely faithful to their ancient, narrow wooden bed, where they would snuggle together in serene harmony. If one of them was alarmed by a strange dream, or woke up over some fresh worry, the other would immediately wake up too and continue a conversation that apparently took place while they were sleeping.

Once, on a stormy Friday, lacking transportation back to Tel Aviv, Noga stayed over and slept in her childhood room, and during the night, between whistling winds and flashes of lightning, she saw her father walking with tiny steps from room to room, his head bent submissively and hands pressed to his chest, Buddhist fashion.

From the double bed, a voice of gentle exasperation: “And what’s the matter now?”

“The lightning and thunder turned me all of a sudden from a Jew into a Chinaman,” the father explained in a whisper, nodding his head graciously at the masses of Chinese who had come to wish him well.

“They don’t walk that way, the Chinese.”

“Then I’m Japanese,” her father conceded, shortening his steps and circling the narrow double bed, bowing to the bride of his youth who lay before him. “What can I do, my love? The storm blew me from China to Japan and turned me into a Japanese.”

The Sino-Japanese man was seventy-five when he died, amiable and funny to his last breath. One night his wife woke up to complete a thought she’d had before falling asleep, but was met with silence. At first she interpreted the silence as agreement, until she grew suspicious, tried shaking her husband and, while shaking him, realized that her lifelong companion had left the world with no pain and no complaint.

During the mourning period, as she grieved with relatives and friends, she spoke with amazement but also resentment about his silent and rude exit. Since her husband had been an engineer, the supervisor of the water department of the city of Jerusalem, she joked that he had secretly engineered his own death, blocking the flow of blood to his brain the way he had sometimes blocked the water supply of ultra-Orthodox Jews who refused to pay their water bills to the Zionist municipality. “Had he revealed to me the secret of an easy death,” she complained to her son and daughter, “I would spare you the ordeal of mine, which I know will take longer and be harder for all of us.”

“We’ll manage the ordeal,” her son solemnly promised, “on condition that you finally leave Jerusalem. Sell the apartment ?— ?its value goes down by the day, thanks to the Orthodox ?— ?and move to a retirement home in Tel Aviv, near my house, near your grandchildren, who are afraid to visit Jerusalem on Shabbat.”

“That some religious fanatic will throw stones at the car.”

“So park outside the neighborhood and walk with the children, it’ll be good exercise for all of you. Fear of the Orthodox is unbecoming, in my opinion.”

“Disgust? Why disgust? They’re simple people, and like anyplace else, there are good ones and bad ones.”

“Of course, but you can’t tell them apart. They all look alike, and even if they’re all angels, they’re not going to look after you. So they should stay where they are, and you, now that you’re alone, should come and live near... 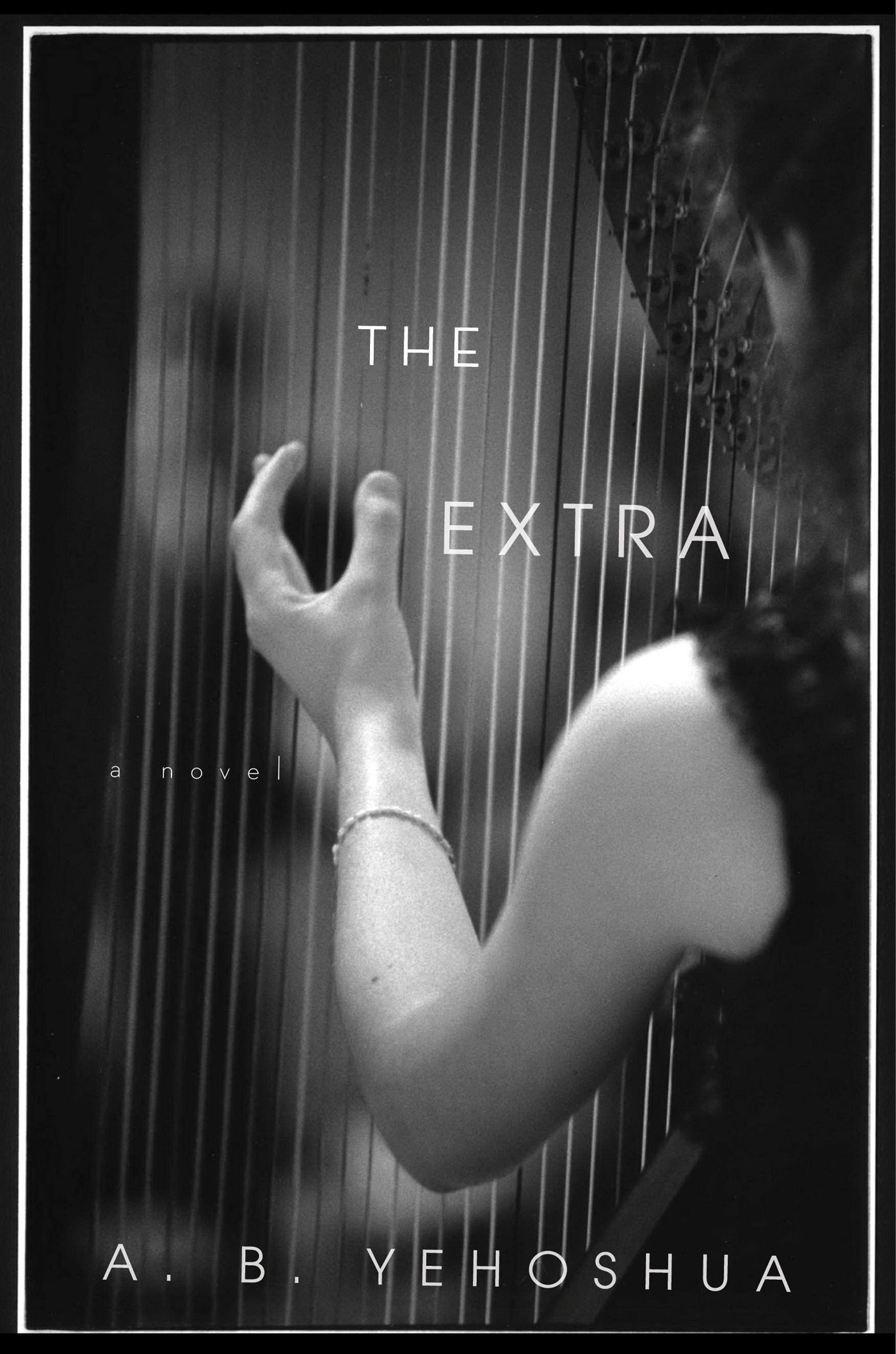