The Company of Strangers

1944: Andrea Aspinall, mathematician and spy, disappears under a new identity into the torrid summer streets of Lisbon that seethe with spies and informers. The Germans have made advances in atomic and rocket technology and the Allies are determined that the ultimate secret weapon will not become a reality in Nazi hands.
Karl Voss, already experienced in the illusions of intrigue, arrives in Lisbon as military attache to the German Legation. There he begins his subversive work against the Nazi regime to rescue his country from annnihilation.
In the lethal tranquility of a corrupted paradise Andrea and Karl meet and attempt to find love in a world where no one can be believed. After a night of terrible violence Andrea is left with a secret that provokes a lifelong addiction to the clandestine world. In Lisbon, London, and finally Cold War Berlin, she gradually discovers that the deepest secrets aren't held by governments but by those closest to you.
In The Company of Strangers, award-winning novelist Robert Wilson takes the ironies of Cold War espionage to a new and more poignantly human level, as he shows that when the head and the heart come into confrontation, the heart will always win.

The award-winning author of A Small Death in Lisbon brings an exciting richness to the long shadow of evil in this crackling novel of spycraft and international intrigue.

Andrea Aspinall, plucked out of academia by British intelligence so that her mathematical knowledge might help in the hunt for atomic secrets, disappears under a new identity in Lisbon, where such secrets are easily bought and sold.

Karl Voss, already experienced in the illusions of intrigue when he arrives in Lisbon, is an attache at the German Legation, though he is secretly working against the Nazis to rescue Germany from annihilation.

After a night of terrible violence, Andrea creates a family for herself from Voss's memory and the clandestine world they knew. In Portugal, in England, and in the chilly world of Cold War Berlin, she discovers that the deepest secrets aren't held by governments-and that death is a relative term. In The Company of Strangers, Robert Wilson takes the chilling irony of "secret intelligence" to a new and more poignant human level, as he shows that the heart is both more knowing and more secretive than the mind.

About the author
Robert Wilson

ROBERT WILSON is the author of numerous novels, including The Company of Strangers and A Small Death in Lisbon, which won the Gold Dagger Award as Best Crime Novel of the Year from Britain’s Crime Writers’ Association. A graduate of Oxford University, he has worked in shipping, advertising, and trading in Africa, and has lived in Greece, Portugal, and West Africa.

PRAISE FOR THE COMPANY OF STRANGERS

"[The Company of Strangers] is streets ahead of most other thrillers."-The Times (London)

"A plotter's delight . . . [Wilson] creates an intriguing moral maze for his heroine to negotiate."-The Guardian (London)

PRAISE FOR A SMALL DEATH IN LISBON

Winner of the Gold Dagger Award for Best Crime Novel

"Historically sprawling, richly distilled thriller . . . The whole is a suspenseful, intricately plotted, violent and steamy tale. You will turn the last page of this compelling novel out of breath."-The New York Times 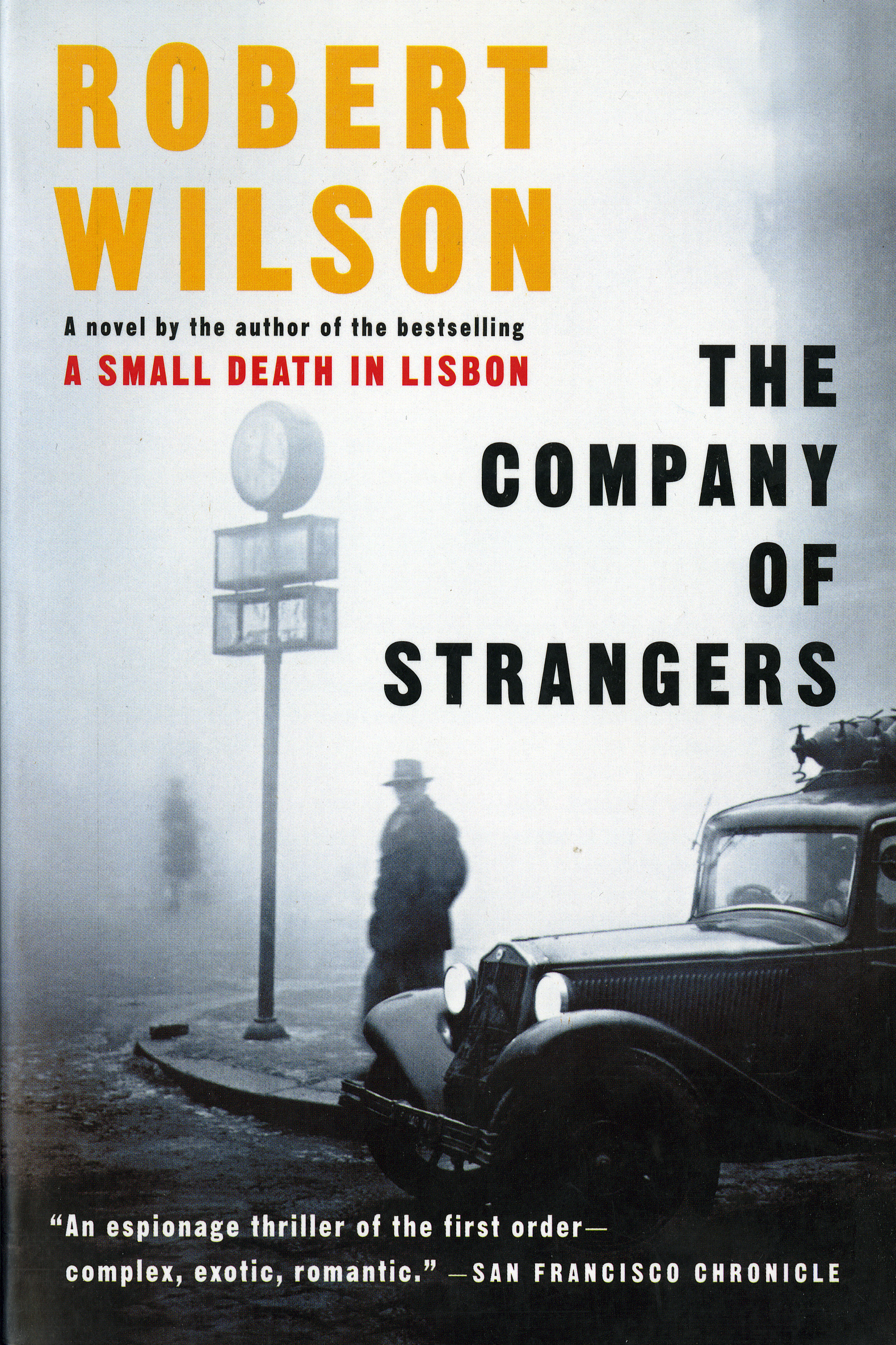