The Common Man, Maurice Manning’s fourth collection, is a series of ballad-like narratives, set down in loose, unrhymed iambic tetrameter.

The Common Man, Maurice Manning’s fourth collection, is a series of ballad-like narratives, set down in loose, unrhymed iambic tetrameter, that honors the strange beauty of the Kentucky mountain country he knew as a child, as well as the idiosyncratic adventures and personalities of the oldtimers who were his neighbors, friends, and family. Playing off the book’s title, Manning demonstrates that no one is common or simple. Instead, he creates a detailed, complex, and poignant portrait—by turns serious and hilarious, philosophical and speculative, but ultimately tragic—of a fast-disappearing aspect of American culture. The Common Man’s accessibility and its enthusiastic and sincere charms make it the perfect antidote to the glib ironies that characterize much contemporary American verse. It will also help to strengthen Manning’s reputation as one of his generation’s most important and original voices.

About the author
Maurice Manning

MAURICE MANNING is the author of four previous books of poems. His last book, The Common Man, was a finalist for the Pulitzer Prize. A winner of the Yale Younger Poets Prize and a Guggenheim Fellowship, he teaches at Transylvania University in Lexington, Kentucky.

which would have been a more profound

effect than putting hair on my chest,

to which I was already accustomed.

Proverbially, of course, he was right.

I took a slash, another, and then

I felt an impassioned swelling, though

between my ears, as they say, a hot

illumination in my brain.

The shine had not been cut; full of

the moon it was for sure. I knew

the mountain county it came from -

my family's section, on Little Goose.

A distant cousin would have been proud

to know another cousin was drinking

the bonds that come with blood, the laugh

before the tragic truth, the love

of certain women, the hate for lies,

the knowledge that death can be a mercy,

the vision blurred and burning there

in the mind and in the wounded heart.

This was the first time I heard the story

I was born to tell, the first I knew

that I was in the story, too.

If you go up the holler far

half-hidden in the trees. It's dark

up there all day and when the night

comes down it's darker yet. There's two

old brothers living in that house

and the younger one is fatter than

a tick with lies and sassy tales.

One time, a bear came through and ate

a couple dozen pawpaws these brothers

had shaken from the tree and left

lined up on the porch rail to ripen,

and Murdock, their good-for-nothing dog

of all the work he'd done that day,

never so much as growled nor raised

an eye. The brothers were tending to

the pole beans in the garden patch

and once the bear had slunk away

both brothers said at once: Why, shoot

And then the younger one said: Jinx.

And the older brother spit in the dirt.

According to the younger one -

who couldn't hold his belly still

from all the laughter he'd provoked -

it was about a year and a half

before he let his brother speak,

but then it didn't last too long

She'd come up there to see how poor

these brothers were and if they needed

She called hello, then Murdock woofed

his woof as fierce as he could be,

and she shinnied up the pawpaw tree

he never left the porch. The brothers

were digging a privy hole behind

the house and when the woman hollered,

they came running around and six feet off

the ground this pretty red-haired woman

was trembling in the pawpaw tree,

and the poor thing's skirt had gotten bunched

around her thighs as she was climbing up -

came near to blinding the brothers right there,

her bloomers were so bright. Now, it took

a moment or two before the brothers

could gather their wits, but once they did

they tried to look concerned and turned

to the porch and said in a single voice:

you've done scared this young gal halfway out of

her drawers! The younger brother grinned,

and jinxed the older one again.

Because I jinxed him! he told me one day

when I asked why I'd never heard

the older brother speak. How long

has he been jinxed? I asked. Lord, years!

he said, and I don't reckon he

remembers how to speak, and it's been

I can't take back the jinx no more.

Now remember what I said - this man

is fatter than a junebug with lies

and he can spread them pretty thick,

Many a time I've stopped up there

to visit and every time it seems

the younger brother has just been waiting.

Yes, many a time I've stopped up there,

Lord knows what became of that young woman

or if she continued her ministry;

and one day ole Murdock went to Heaven -

why, even a bad dog gets to go.

"This fourth book by Yale Younger Poet's Prize–winner Manning is, like his previous books, a unified sequence . . . The poems are friendly, if also full of sadness. . . . Readers will find themselves charmed by Manning's smart, companionable voice." —Publishers Weekly

"Maurice Manning’s fourth collection of poems, The Common Man, brings the tales and idiom of a sort of American Robert Burns, a rough-hewn Appalachian experience that’s comedic and exuberant, sly and pointed as it works its way around what Manning calls ‘the big ideas.’ James Dickey used to say he wanted to write ‘country surrealism’ and meant the tales, as strange as they are cultural reflections, that come with fireside talking. And, oh yes, singing. Manning has big talents and none are more impressive than his singing, a word much overused when speaking of poets. I think few will disagree this is memorable music, entertaining, rich, often spooky-wise. The Common Man marks Maurice Manning as a most uncommon poet." —Dave Smith, author of Little Boats, Unsalvaged

"The Common Man is Maurice Manning’s homage to a way of being human that has all but vanished, but he has the lyrical powers and the gumption to resuscitate and carry it—in tetrameter couplets, on a voice that seems, at once, of another era and utterly contemporary: bawdy tales, philosophical questions, jokes, prayers—the heart’s truth. This is country in the way that Twain and Faulkner were country, and if you miss the high art of it all or the elegiac underpinning, check your pulse. This one’s for the ages." —Rodney Jones, author of Salvation Blues 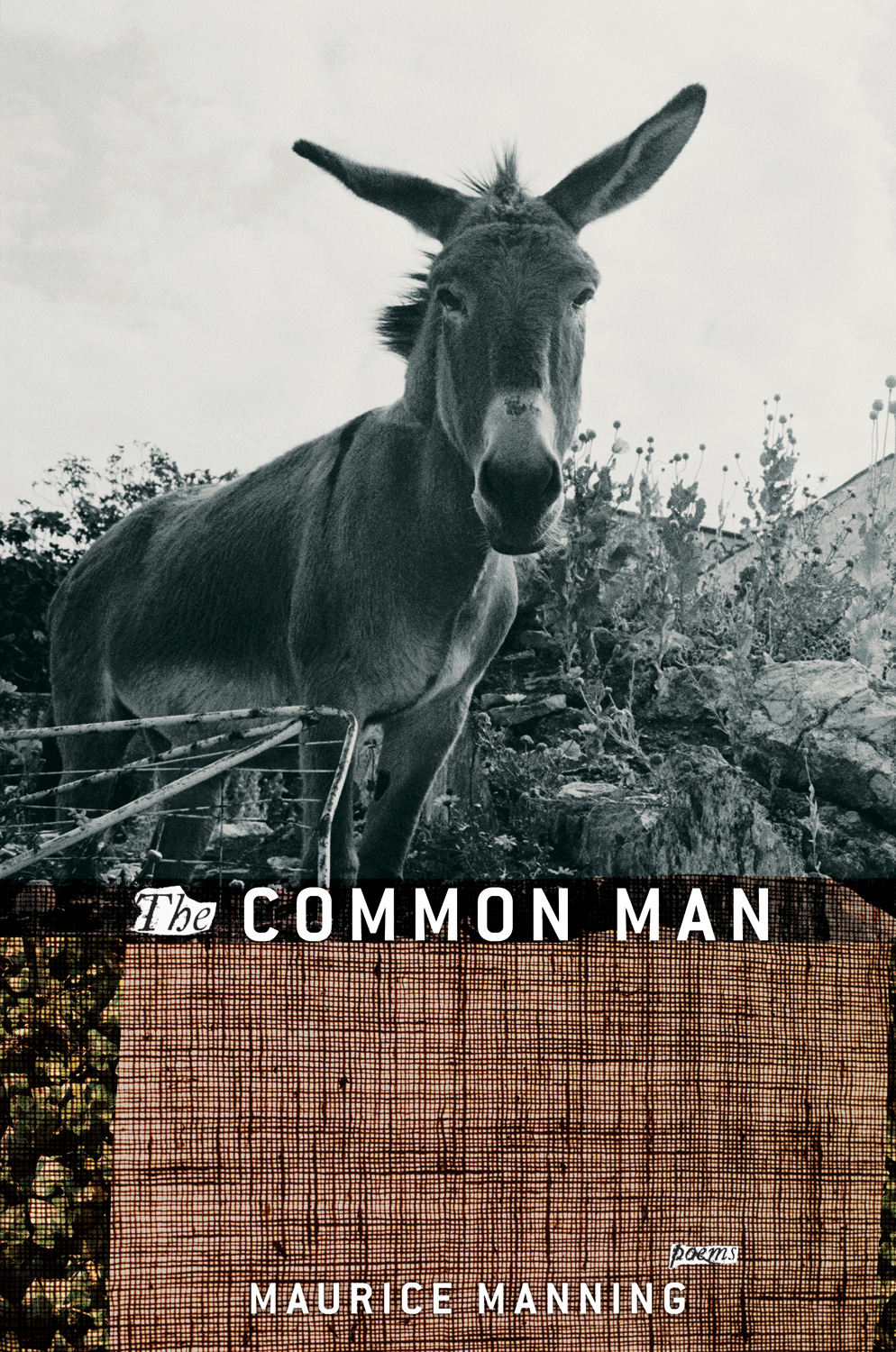