by Terry Pratchett
$7.99
An epic tale—set in a minuscule world—written and illustrated by the incomparable award-winning, best-selling author Terry Pratchett.

"In the beginning, there was nothing but endless flatness. Then came the Carpet." That’s the old story everyone knows. But now a new story is in the making. The story of Fray, sweeping a trail of destruction across the Carpet—and of two brothers on an adventure to end all adventures.

First published in 1971, this novel marked the debut of Sir Terry Pratchett. Years later, Sir Terry revised the work. This edition includes the updated text, his original illustrations, and the short story that is the forerunner to The Carpet People.

"The perfect starting place for young readers; seasoned Pratchett fans will just revel in his wit, his subversion of tropes and his sense of humanity. . . . Small in scale but large in pleasure."

"This story is inventive in its carefully worked-out central conceit, often vey funny, and dotted with some genuinely scary bits, as well as Pratchett's wiry 1971 spot illustrations."

"All of the big political ideas of mid-century epic fantasy are here writ literally small and carried along by Pratchett's signature wit and flawless pacing."

"Sure to be sought after by Pratchett's fans, young and old, this adventure will also amuse children who have never heard his name."

"Fantasy with comedic flair is the Pratchett trademark . . . [This] book will entice young readers into a world with enough adventure, terror, and comic relief to keep them intrigued." 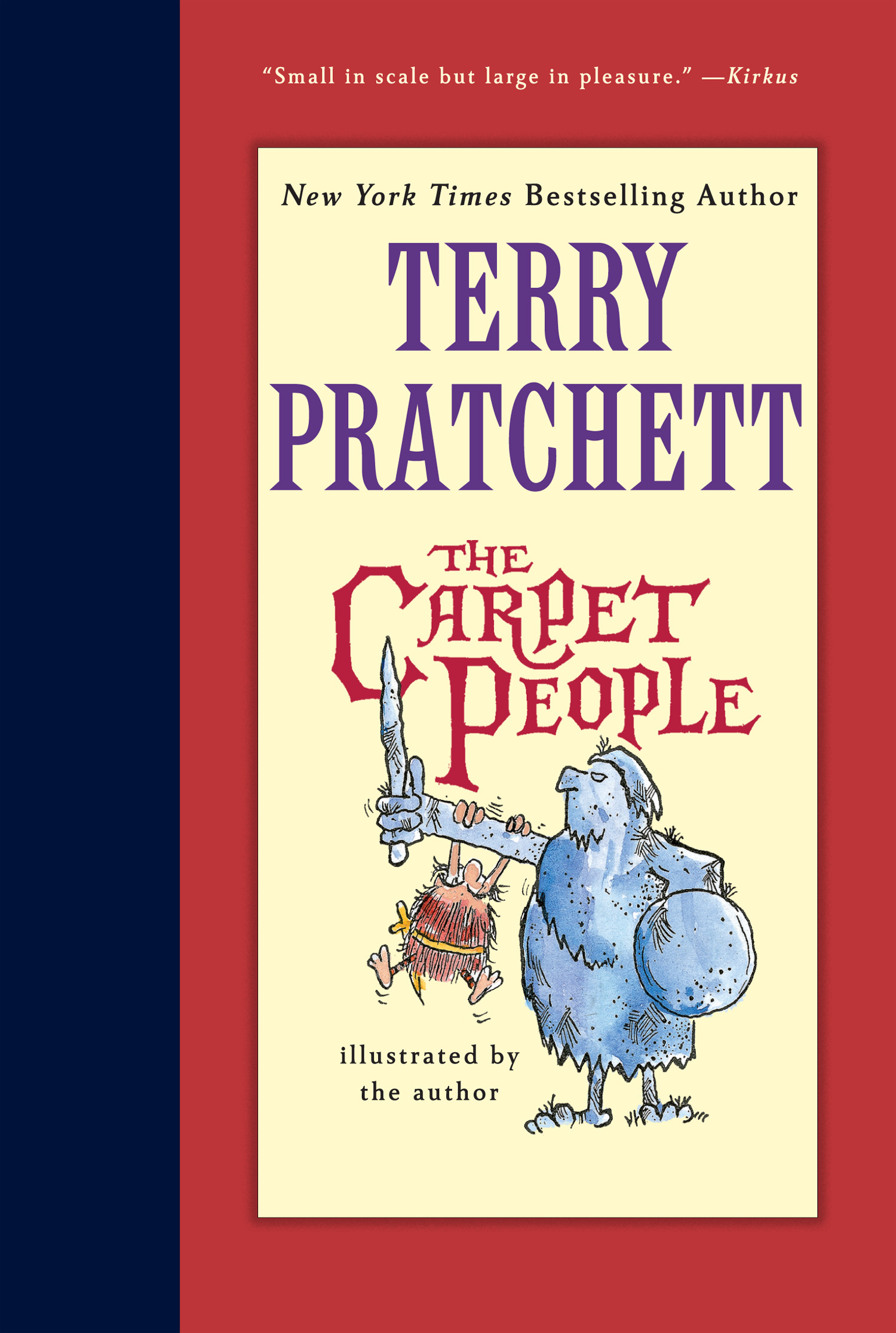