The name Borgia is synonymous with the corruption, nepotism, and greed that were rife in Renaissance Italy. This is the absorbing tale of the family's dramatic rise from its Spanish roots to the highest position in Italian society.

Christopher Hibbert's latest history brings the family and the world they lived in—the glittering Rome of the Italian Renaissance—to life.

The name Borgia is synonymous with the corruption, nepotism, and greed that were rife in Renaissance Italy. The powerful, voracious Rodrigo Borgia, better known to history as Pope Alexander VI, was the central figure of the dynasty. Two of his seven papal offspring also rose to power and fame—Lucrezia Borgia, his daughter, whose husband was famously murdered by her brother, and that brother, Cesare, who served as the model for Niccolò Machiavelli's The Prince. Notorious for seizing power, wealth, land, and titles through bribery, marriage, and murder, the dynasty's dramatic rise from its Spanish roots to its occupation of the highest position in Renaissance society forms a gripping tale.

Erudite, witty, and always insightful, Hibbert removes the layers of myth around the Borgia family and creates a portrait alive with his superb sense of character and place.

About the author
Christopher Hibbert

Christopher Hibbert has written more than fifty acclaimed books, including The Rise and Fall of the House of Medici and Rome: The Biography of a City. A leading popular historian whose works reflect meticulous scholarship, he is a Fellow of the Royal Society of Literature. He is married with three children and lives in Oxfordshire.

The Crumbling City "Oh God, how pitiable is Rome" "YOU MUST HAVE heard of this city from others," wrote a visitor to Rome in the middle of the fifteenth century. There are many splendid palaces, houses, tombs and temples here, and infinite numbers of other edifices, but they are all in ruins. There is much porphyry and marble from ancient buildings but every day these marbles are destroyed in a scandalous fashion by being burned to make lime. And what is modern is poor stuff. . . . The men of today, who call themselves Romans, are very different in bearing and conduct from the ancient inhabitants. . . . They all look like cowherds. Other visitors wrote of moss-covered statues, of defaced and indecipherable inscriptions, of "parts within the walls that look like thick woods or caves where forest animals were wont to breed, of deer and hares being caught in the streets . . . of the daily sight of heads and limbs of men who had been executed and quartered being nailed to doors, placed in cages or impaled on spears." This was the state of the city that had once been the capital of a mighty empire; now two-thirds of the area inside the walls, which had been built to protect a population of 800,000, was uninhabited, acres of open countryside used for orchards, pasture, and vineyards, and dotted with ancient ruins, which provided safe hiding places for thieves and bandits. And this was the state of the true home of the pope, the leader of the church who could trace his predecessors back in an unbroken line to St. Peter, the apostle entrusted by Christ himself with the care of his flock. For most of the fourteenth century, even the papacy had abandoned Rome. In 1305, distressed by the unrest and bloody disturbances in the city, the French Pope Clement V (1305–14) had set up his court in Avignon, in the rambling palace on the east bank of the Rhône, which is known as the Palais des Papes. In Rome there had been constant calls for the papacy to return from its French exile. Most recently these calls had come from an elderly woman, who could be seen almost every day in the crumbling city, sitting by the door of the convent of San Lorenzo, begging for alms for the poor. She was Birgitta Gudmarsson, the daughter of a rich Swedish judge and widow of a Swedish nobleman, to whom she had been married at the age of thirteen and for whom she had borne eight children. Founder of the Brigittines, she had left Sweden after experiencing a vision in which Christ had appeared before her, commanding her to leave immediately for Rome and to remain there until she had witnessed the pope’s return. As she went about Rome, from church to crumbling church, house to ruinous house, she claimed to have had further visions; both Jesus and his mother Mary, she said, had spoken to her, and they had strengthened her faith in the restoration of the pope and in the eventual salvation of the city. Around the house where she lived stretched the charred shells of burned-out buildings, piles of rotting refuse, deserted palaces, derelict churches, stagnant swamps, fortresses abandoned by their rich owners, who had gone to live on their estates in the Campagna, hovels occupied by families on the verge of starvation. Pilgrims took home with them stories of a gloomy city, whose silence was broken only by the howling of dogs and wolves, and the shouts of rampaging mobs. In Avignon the popes remained deaf to the calls for their return, heedless of the prayers that the saintly Birgitta Gudmarsson uttered so fervently and of the letters that the poet Francesco Petrarch wrote, describing the "rubbish heap of history" that Rome had become. This once-superb imperial capital was now a lawless ruin, a city torn by violence in which belligerent factions paraded through the streets with daggers and swords, where houses were invaded and looted by armed bands, pilgrims and travellers were robbed, nuns violated in their convents, and long lines of flagellants filed through the gates, barefoot, their heads covered in cowls, claiming board and lodging but offering no money, scourging their naked bloody backs, chanting frightening hymns outside churches, throwing themselves weeping, moaning, bleeding before the altars. Copyright © 2008 by Christopher Hibbert and Mary Hollingsworth All rights reserved. No part of this publication may be reproduced or transmitted in any form or by any means, electronic or mechanical, including photocopy, recording, or any information storage and retrieval system, without permission in writing from the publisher. Requests for permission to make copies of any part of the work should be submitted online at www.harcourt.com/contact or mailed to the following address: Permissions Department, Houghton Mifflin Harcourt Publishing Company, 6277 Sea Harbor Drive, Orlando, Florida 32887-6777.
Reviews 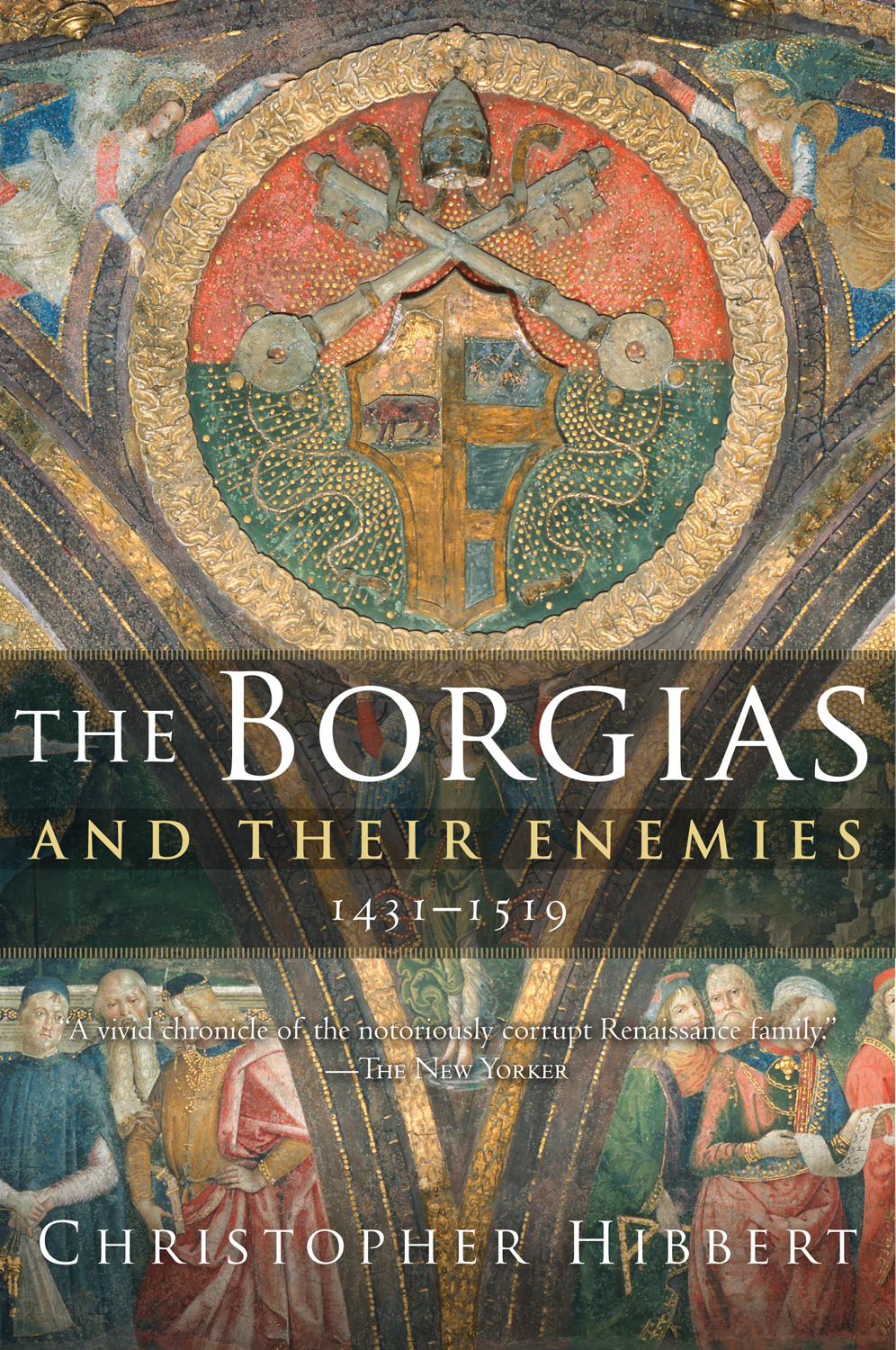