The Big One: The Cascadia Earthquakes and the Science of Saving Lives

Geologists are transforming our understanding of the dangers earthquakes pose for the people in the Cascadia region--will there be a big one? And what can be done about it?

No one ever thought the Pacific Northwest was due for an earthquake, let alone a catastrophic one. But geologists are transforming our understanding of the grave dangers the population in the region of Cascadia face—will there be a big one? And what can be done to save lives?

America's Pacific Northwest has relatively few earthquakes—only a handful each year that cause even moderately noticeable shaking. But a couple decades ago, scientists discovered a geological feature running along the coast that in other parts of the world regularly triggers massive earthquakes of 8.0 magnitude and higher. Were there once massive earthquakes in this part of the world? Geologists think there were. Now a small group of scientists are studying things that you might not think have anything to do with earthquakes—marsh soil, ocean sediments, landslide debris, and ghost forests—and they have reason to believe that the Pacific Northwest is likely not as idyllic as it was once assumed. The population is likely in grave danger of a massive earthquake at some point. What can be done? The big one can't be stopped, but scientists are working tirelessly to learn as much as they can to prepare.

The Mystery of the Missing Earthquakes

NOT TOO LONG AGO, when your grandparents were kids, their teachers and textbooks had no explanation for what created mountains. No one knew why some ranges loomed steep and jagged while others lay low, round, and smooth. Geologists had no good ideas about what caused earthquakes. We didn’t even know how continents were formed or why some of their coastlines matched like pieces of a jigsaw puzzle.

“Until surprisingly recently, science had no good answers to these very basic questions,” says Chris Goldfinger, professor of geology and geophysics at Oregon State University. “I’m talking about up until the 1960s, geologists just had no idea how or why any of these things existed.”

More than a hundred years ago, a German weather forecaster named Alfred Wegener took a shot at explaining how continents formed. Scientists had long ago noticed that the coastlines of various continents looked like they would fit together. Wegener discovered that the rocks and fossils found on the distant coastlines were, surprisingly, also similar. And the grooves scraped into the landscapes by glaciers during the Ice Age seemed to line up from one continent to the other.

“Those observations should have rocked every geologist on the planet.”

Wegener proposed that once, long ago, the Earth had only one big continent that split and drifted apart to become the continents we know today. He called his theory continental drift.

“Those observations should have rocked every geologist on the planet,” says Chris. “But that didn’t happen. They dismissed him.” After all, Wegener was an outsider to geology and he couldn’t explain how or why the continents had moved.

So, Wegener’s theory was forgotten.

Then, during World War II, submarines scouring the seas for German U-boats found an odd structure on the ocean floor—a ten-thousand-mile-long (16,000 kilometer) ridge running through the Atlantic Ocean from north to south, like a huge zipper. Geologist Marie Tharp mapped similar ridges in the Pacific Ocean. Over the next few decades, scientists discovered that while rocks on either side of the ridges were old, the rocks near the ridges were newer. Something was creating new sea floor at the ridges and pushing land away on both sides.

“Right about then, Wegener’s theory came back to life,” says Chris. “People realized, uh-oh, maybe this guy was actually right. Maybe the Earth’s crust is moving around.” Geologists quickly embraced a powerful idea that seemed to explain everything: the theory of plate tectonics. According to this now well-established, widely accepted theory, Earth has a crust—a hard shell of rock—that is broken into huge plates. These plates float on a layer of melted rock, drifting slowly apart in some places and bumping into each other in other places.

Plate tectonics explained mountain formation: Plates crash into each other, pushing up the land. Tall, jagged mountain ranges are young; lower, gentler ranges are older and have eroded over time.

Plate tectonics explained earthquakes: As plates slide along each other, sections can get stuck. Pressure builds until that section suddenly gets unstuck, shaking the ground nearby.

And plate tectonics explained really big earthquakes: Plates collide, and the heavier plate pushes under the lighter plate in a process called subduction. Sometimes plates get stuck along the whole zone where the plates meet. The upper plate bows upward, like a yardstick that is being pushed together at both ends. Pressure builds. Finally the top plate releases and everything that was bowed up snaps down, shaking a huge length of land. This rupture causes megaquakes, magnitude 8.0 and up earthquakes that shake for minutes rather than seconds.

Maybe pressure was building all along the Pacific Northwest coast, ready to unleash a megaquake.

But plate tectonics did not explain the Pacific Northwest. About fifty miles (80 kilometers) off the coast, running from British Columbia to Northern California, lies the 620-mile-long (1,000-kilometer) Cascadia Subduction Zone (CSZ), where a heavier plate pushes under a lighter one. Subduction zones circle the Pacific Ocean, creating the Ring of Fire, a geographically active region where 90 percent of the Earth’s quakes—and all of the biggest earthquakes—occur.

“But Cascadia seemed just dead silent,” Chris says. “It was basically the only subduction zone in the world that didn’t seem to have earthquakes.” There were three possible explanations: Maybe silt, acting like grease on wheels, kept the plates moving steadily. Perhaps the plates had simply stopped moving. Or, most frighteningly, maybe the plates were locked and had been locked for a long time. Maybe pressure was building all along the Pacific Northwest coast, ready to unleash a megaquake.

The lack of massive earthquakes in the Cascadia Subduction Zone was a baffling mystery for scientists. “We’ve got this great theory, and it fits everything, except it can’t explain this,” Chris says. “And so Cascadia just sat like a white elephant in the corner and everyone just tippy-toed around it.”

"[T]he information flow across chapters is exceptionally smooth and well organized. As customary for the Scientists in the Field series, the snapshot vibe of the generous photo illustration lends immediacy to the highlighted research."–The Bulletin of the Center for Children's Books 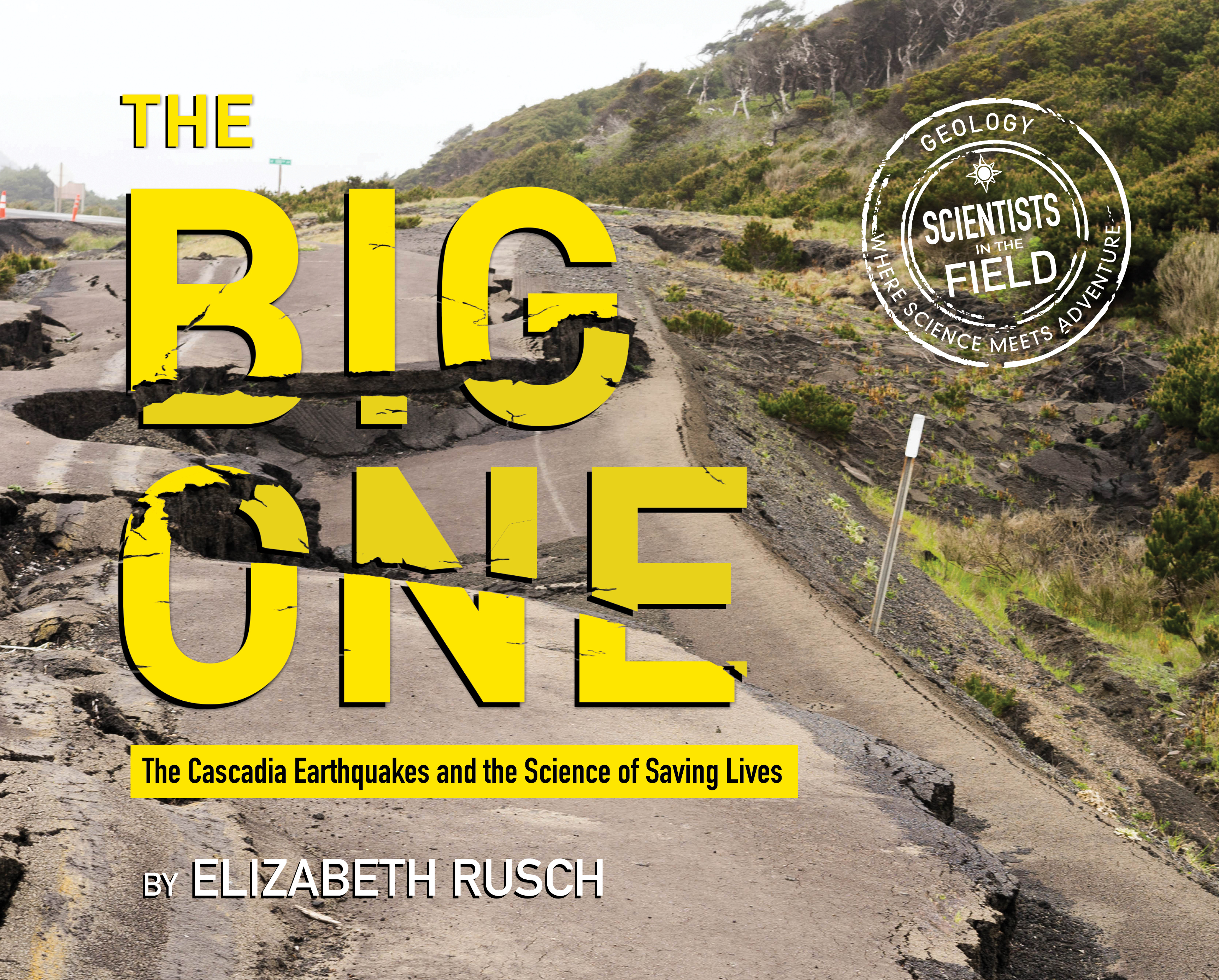