From Dave Eggers: For this year’s edition of The Best American Nonrequired Reading, we wanted to expand the scope of the book to include shorter pieces, and fragments of stories, and transcripts, screenplays, television scripts -- lots of things that we hadn’t included before. Our publisher readily agreed, and so you’ll see that this year’s edition is far more eclectic in form than previous editions. Along the way to making the book, we also came across a variety of things that didn’t fit neatly anywhere, but which we felt should be included, so we conceived the front section, which is a loose Best American roundup of notable words and sentences from 2005. It is, like this book in general, obviously and completely incomplete, but might be interesting nevertheless.

From Dave Eggers: For this year’s edition of The Best American Nonrequired Reading, we wanted to expand the scope of the book to include shorter pieces, and fragments of stories, and transcripts, screenplays, television scripts -- lots of things that we hadn’t included before. Our publisher readily agreed, and so you’ll see that this year’s edition is far more eclectic in form than previous editions. Along the way to making the book, we also came across a variety of things that didn’t fit neatly anywhere, but which we felt should be included, so we conceived the front section, which is a loose Best American roundup of notable words and sentences from 2005. It is, like this book in general, obviously and completely incomplete, but might be interesting nevertheless.

About the author
Dave Eggers

DAVE EGGERS is the editor of McSweeney’s and a cofounder of 826 National, a network of nonprofit writing and tutoring centers for youth, located in seven cities across the United States. He is the author of four books, including What Is the What and How We Are Hungry.

Late at night, when all sober people are asleep, I’m probably slouching in bed, all Tivo’d out, reading something like The Insanity of Normality, by Arno Gruen. Or a P. G. Wodehouse novel. Or another Isaac Bashevis Singer short story in the three-volume Library of America edition. Or maybe I’m squinting at the latest Acme Novelty Library comic book by Chris Ware. Whatever it is, the next morning I’m another bleary guy with dark circles under his eyes muttering about being late for work in the back of the line at Starbucks.

I’m also the guy not dancing at the happening party on Saturday night. Instead, I’ve scuttled over to the corner of the den with my head tilted, running my eyes down each shelf of books, looking for titles I’ve never heard of. Back at home, my dining room table is so stacked with books and magazines and newspapers and scripts and storyboards and comics and mail-order catalogs that I’m forced to tap out this little introduction on my kitchen table, which right now has on it — lemme count — four books, two daily papers, and the latest issue of the New York Times Book Review. My bathroom has a couple dozen books next to the toilet, and my bedroom is piled so high with books that I fear it’s erotic only to me.

Sometimes I think I have a slight problem. Then I remember most of my friends are also readingly obsessed. It’s a struggle for our kind to send flowers on Valentine’s Day instead of a book. We think all librarians are hot. When we read one of those newspaper articles about some mad old coot found dead in his apartment, crushed by thousands of books, we think to ourselves, How romantic. We not only slow down at every used-book store, we slam on the brakes and make illegal U-turns. We haunt those musty old stores so often that sometimes we run into actual copies of books we once owned, and greet them like long-lost pets.

A few years back, in a sleazy used-book store in Hollywood, I found one of my favorite books, G. Legman’s demented Rationale of the Dirty Joke, and discovered that the very copy I had grabbed was one I had given as a gift a few years before. I bought the book, crossed out “Merry Xmas 1997” in my dedication, wrote in the current year, and gave it to the same ex- girlfriend that Valentine’s Day.

My obsessive love of reading began before I could read at all. As a wee tyke I remember being entranced by my older brother Mark’s 1950s-era Little Lulu, Donald Duck, and Mad comic books.

“You know how much you like looking at those pictures?” Mark asked me. “Well, when you can read the words in the balloons, it’s a zillion times funnier.” In the first grade, my eager smile faded when I was handed my preliminary reading book. That first primer had no words in it, just pictures, and kindly Mrs. Hoover sat with us and cruelly went through the whole thing, illustration by illustration, acquainting us with the utterly lame Dick and Jane and baby Sally and dog Spot and kitten Puff. Finally we got our hands on the first real book, and to this day I still get a thrill out of the word “Look!” But the real sensation that year was the very first word I learned that actually had some meat to it, a word I had to figure out and puzzle over before unlocking its linguistic secret. The word stumped me at first, because when Mrs. Hoover said to sound it out, I couldn’t figure out exactly what that letter combo was supposed to be.

“Try again, Matty.” “Tuh-huh.” “Try again.” “Tuh-hee. Tuh-hee.” “You’re getting there. Sound it out.” “Thuh-huh. Thuh. Thuh?” “That’s right! You got it!” “Thuh? Thuh? Thuh!” And that’s how I learned to read the word “the.” My budding bibliomania was helped along by a family obsessed by books and words. My grandmother called my dad Homer, after the Greek poet, and likewise my uncle Victor Hugo Groening was named after some French dude. My mom emphasized precision in English, and to this day I have it drilled into my brain that it’s not “groom,” it’s “bridegroom,” and that cheerleaders shake their “pompons,” not their “pom-poms” (which are 40-millimeter antiaircraft guns).

A few years later, through a tragic preadolescent miscalculation, I joined the Boy Scouts, and before I knew what hit me I was on a twelve-day, sixty-five- mile summer trek with sweaty burros in New Mexico. Five days out, I was so crazy with book deprivation that I pounced on a piece of wrinkled, yellowing newspaper in the brush after a nine-mile hike and read every single classified ad on that page.

By that time I was reading stories of bad boys, such as Tom Sawyer and Huckleberry Finn, and the fictional diaries of Henry A. Shute, including The Real Diary of a Real Boy. Thenn, of course, I discovered the great, funny, sad, messed-up Catcher in the Rye, which, next to Catch- 22, was just about my favorite book in the world. IIIII’ve often thought that if I ever write a novel, I’ll sneak the word “catch” into the title, just so I’ll be in good company.

In high school I was a lonely, self-conscious smartass just like everyone else, but I was determined to change my luck. So I used to casually carry around a copy of Germaine Greer’s The Female Eunuch, praying that a cute feminist girl would see how cool I was, overlook my teenage mustache, and ask me out on a date.

Typical response: “What’s that?” (Hopes up.) “The Female Eunuch.” “Ewwwwww.” (Crushed.) In my junior year I had an English teacher who hated me more than usual for a teacher. I admit that technically I was a bit of a goofball, but I did do the required reading, and I was one of the few kids in this class of dunderheads who had bothered to pay attention to the crucial branch-shaking scene in A Separate Peace. But no matter how much I raised my hand and blurted out the answers before being called on and generally ran circles around the rest of the dorks, Mrs. T would cut me no slack, and she kept finding good reasons to give me lousy grades.

So we’re reading Death of a Salesman, and I point out that Willie Loman is a pun (low man, get it?), and Mrs. T tells me to quit being a smart aleck. I realize my grades are going downhill fast, so I get the bright idea to write to Arthur Miller himself and maybe, just maybe, get a reply from the great man and let Mrs. T deal with them apples.

So I write a plaintive letter in cursive, on paper ripped from my notebook, telling Arthur Miller of the teacher who hated my guts and how life was unfair, and was Willie Loman based on anyone you met in real life and please write back soon because I need to get a good grade in this horrible class. Three weeks later I get a typed postcard back from Arthur Miller! He writes that Willie Loman was based not on any one individual but on the sum total of everything he had experienced in life up to that moment, and concludes: “I’m sorry to hear about your horrible class.

I’m sorry to hear about your horrible class.

How was I going to finesse this?

So in class that very day, we’re assigned an essay on Death of a Salesman and I hatch my brilliant scheme. I make up a fake letter to Arthur Miller! In which I talk about what a wonderful teacher Mrs. T is. The only problem, I write in my bogus letter, is that when we perform scenes 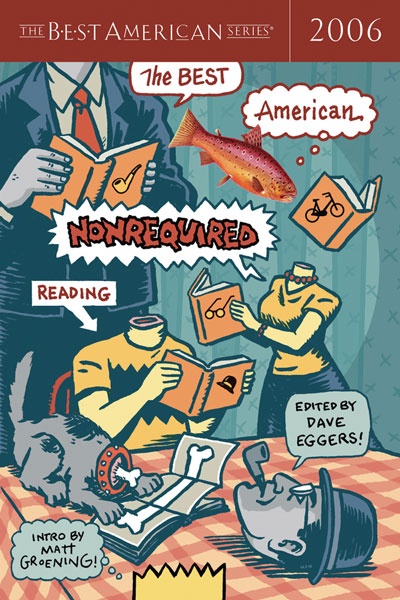