“Writing an essay is like catching a wave,” posits guest editor Ariel Levy. “To catch a wave, you need skill and nerve, not just moving water.” This year’s writers are certainly full of nerve, and have crafted a wide range of pieces awash in a diversity of moods, voices, and stances. Leaving an abusive marriage, parting with a younger self, losing your sanity to Fitbit, and even saying goodbye to a beloved pair of pants imbued with meaning are all unified by the daring of their creation. As Levy notes, “Writing around an idea you think is worthwhile—an idea you suspect is an insight—requires real audacity.”

ARIEL LEVY, guest editor, has been a staff writer at The New Yorker since 2008. She received the National Magazine Award for essays and criticism for her piece “Thanksgiving in Mongolia,” which she is expanding into a book for Random House. Female Chauvinist Pigs, Levy’s first book, has been translated into seven languages. She teaches at the Fine Arts Work Center in Provincetown, Massachusetts, and at Wesleyan University.

ROBERT ATWAN, the series editor of The Best American Essays since its inception in 1986, has published on a wide variety of subjects, from American advertising and early photography to ancient divination and Shakespeare. His criticism, essays, humor, poetry, and fiction have appeared in numerous periodicals nationwide.

About the author
Ariel Levy

ARIEL LEVY is a staff writer at The New Yorker. Her piece "Thanksgiving in Mongolia" won the National Magazine Award for Essays and Criticism. She is currently writing a book based on her experience in Mongolia. 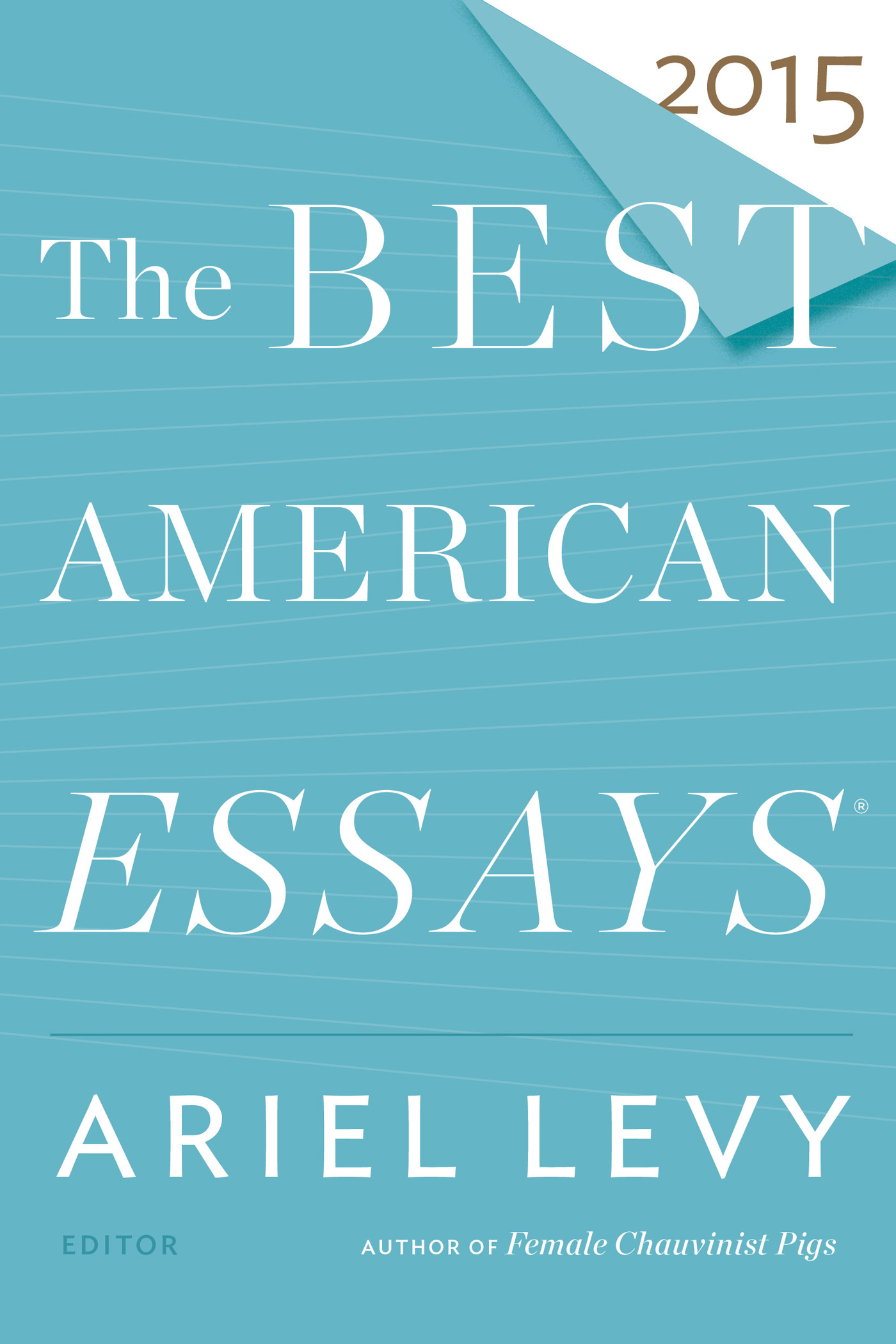