The Art of Not Breathing

Five years after the drowning of her twin brother, Scottish teenager Elsie Main confronts the tempestuous sea—and her family’s tragic past—in a young adult debut that will appeal to fans of the mystery of E. Lockhart’s We Were Liars and the family drama of Jandy Nelson’s I’ll Give You the Sun.

Since her twin brother, Eddie, drowned five years ago, sixteen-year-old Elsie Main has tried to remember what really happened that fateful day on the beach. One minute Eddie was there, and the next he was gone. Seventeen-year-old Tay McKenzie is a cute and mysterious boy that Elsie meets in her favorite boathouse hangout. When Tay introduces Elsie to the world of freediving, she vows to find the answers she seeks at the bottom of the sea.

About the author
Sarah Alexander

Sarah Alexander has previously worked as a tomato picker, travel consultant and mental-health support worker. She has completed an MA in Creative Writing at Birkbeck College with Distinction, and now works in publishing in London.

The thing I hate most about my father is that he hates me.

And he has good reason to.

It’s something we don’t talk about.

He has pale blue, cold eyes that are one minute full of hate, the next full of so much sadness that I pity him. And I can’t stand to feel sorry for him. When I look at him, I get this sensation in my throat that feels as though maggots are crawling about in there. The only way to get rid of the itching is to hold my breath and swallow until I almost pass out. The best thing to do is not look at his face or eyes—or, better still, not look at him at all.

Fortunately, he’s hardly ever home. He’s either out running so that the village women can drool over his “chiseled jaw,” or he’s at the bank where he works in Inverness or traveling about Scotland selling loans. You’d think he loves his job, the amount of time he spends doing it, but he grumbles that his clients only care about cars or TVs and not about the terrible wars and disasters that happen around the world. “Never mind the rain on the Black Isle,” he says. “What about remote villages that flood every year?” Or, “Thousands of people die every day from mosquito bites in some countries.” He says this one a lot when it’s midge season here and I’m complaining about them. (The midges love my blood.)

My mum tells him, “Do let us know when you’ve found a cure for malaria, Colin. In the meantime your son needs study books for his exams and your daughter has grown out of another school uniform.” I wish she didn’t use my weight as a way of getting his attention. Why can’t she say the gas bill needs paying or the damp in my room wants sorting?

In the drawer by his bed is an atlas covered in ink, the blue dots places he’s been to, the red ones places he’s desperate to go. There’s a massive red dot on Australia—he pressed the pen so hard, there’s ink on the next page, right in the middle of the Pacific Ocean. He nearly made it to Australia once, when he was twenty and had a job as a singer on a cruise ship. When we kids were small, he told us bedtime stories about his travels, his voice smooth and soft like melted chocolate. His favorite story was the one about the port in Jakarta. The weather was thundery and the cruise ship had just left the port, next stop Australia, when he received the call to say that Dillon, my older brother, had been born. He used to say, “I was so surprised, I nearly fell overboard, but then I jumped off anyway and swam ashore.”

Mum says this isn’t true, that he wanted to stay on the ship. I often wonder what life would be like if he had stayed on that ship. Or if he’d actually fallen overboard.

I’ve picked up a few snippets about my parents’ life pre me being born, mostly from Granny before she died, and before she fell out with Mum. My parents moved into our house on McKellen Drive, the cheapest house in Fortrose, and probably on the whole of the Black Isle, when Dillon was a few months old. It was cheap because the walls were crumbling and it backed onto a cemetery. My father wanted to work on the ship for a few more months so they could afford to move to Inverness, but Mum wouldn’t let him go away again. She didn’t think he’d come back.

Instead, he tried to make money by singing in pubs around Inverness. The house never got fixed, and the bills never got paid.

When yet another bill marked FINAL WARNING arrived in the post and Mum was hormonal and pregnant again, she marched my father to the nearest bank and made him fill in an application form to be a bank clerk. (This is how he describes it.) When he’d finally made enough money, we packed up, ready to move to the city. We kids had a box each with our names on, full of our clothes and toys. But then everything changed.

“How can I leave all these people,” Mum said, staring out my bedroom window at the headstones in the cemetery on the day we were supposed to move, “when my son is one of them?”

It wasn’t strictly true—there’s a headstone with his name on it, but my brother isn’t buried anywhere.

We didn’t unpack his box. Mum taped it up good and proper so nothing could fall out. I think about his belongings in the loft sometimes: a gray furry dolphin called Gordon that my father bought for him after he’d had a tantrum at the Dolphin and Seal Centre; a wooden xylophone; a Toy Story 3 Etch A Sketch with his name on it in wonky black lines—he would cry if it got scrubbed off; handfuls of pine needles that he’d collected, the dead ones because they were softer than the spiky green ones. They’ve probably turned into compost now. I try not to think of his clothes, all folded up, damp and creased. It just reminds me that he’s not in them. Instead, I imagine my own clothes all folded up. One day, I suppose, someone else will have to try not to think about that.

"Alexander movingly traces the motions of family members trying to piece their lives back together while dealing with personal demons. Candidly written and balanced by notes of humor throughout, Elsie's journey to find the truth shows just how far she's willing to go to bring her family back from the depths of tragedy."

"Of special note is the intriguing description of the silent undersea world. Here Elsie finds the courage to face her fears and break free of her family’s dysfunction. Elsie herself is a sympathetic, believable protagonist whose unsentimental narrative voice documents her family’s descent as they uncover the truth behind Eddie’s death."

"While the compelling plot, well-drawn characters, and page-turning conclusion will attract readers, what will linger most in their minds is the luxurious feel of the water and other details vividly evoked by Alexander’s atmospheric writing."

"Narrated in a crisp, unvarnished voice, Elsie's frightening and alluring tale shows that even while in the depths one can reach for light. In a breathtaking setting, this is a fresh and vivid take on the long-term effects of a child's death on a family."

“This book was absolutely captivating. Sarah Alexander perfectly combines mystery, romance and adventure into an excit­ing story that really tugs on your heartstrings. I felt like I was transported into another world.” —Christina M., 16 (Girls Life reader) 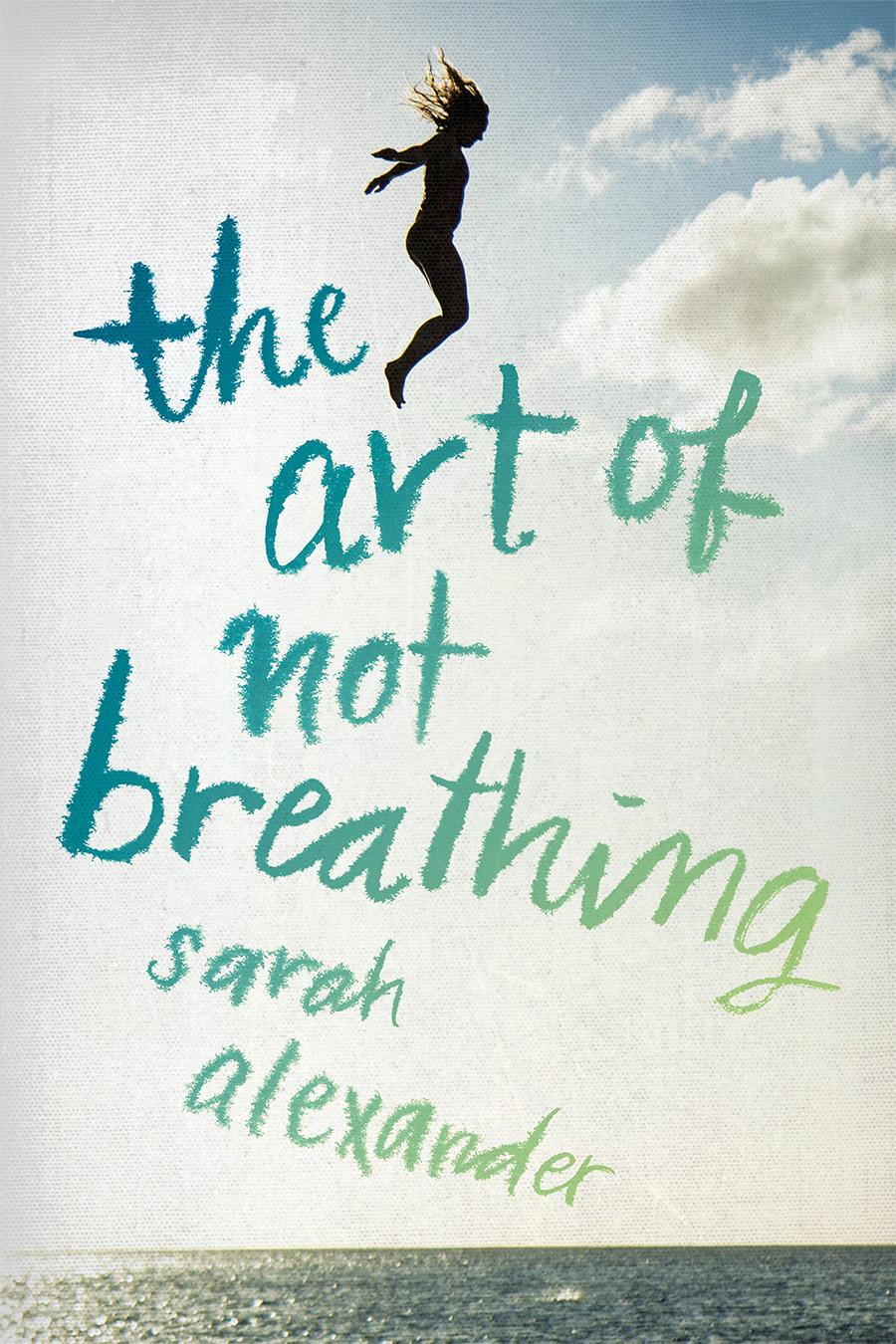