A hilarious picture book about surviving the school bus and the first day of school.

A hilarious picture book about surviving the school bus and the first day of school.

* “Worthy of being shelved next to Jon Scieszka’s funniest.” —Kirkus Reviews, starred review

Kyle is dreading his first trip on the school bus. Luckily, his big brother, James, is a school-bus expert. James gives Kyle ten rules for riding the bus that he absolutely, positively must obey if he wants to avoid getting laughed at, yelled at, pushed around, or even pounded. On his fateful first ride, Kyle struggles to remember and follow each of his brother’s rules, but along the way, he learns the school bus isn’t so bad after all—and he may even have a thing or two to teach his brother.

About the author
John Grandits

John Grandits is a book and magazine designer and the author of Technically, It's Not My Fault and Blue Lipstick, award-winning books of concrete poetry, and the picture books Ten Rules You Absolutely Must Not Break If You Want to Survive the School Bus, which received the Texas Bluebonnet Award, and Seven Rules You Absolutely Must Follow If You Want to Survive the Cafeteria. He and his wife, Joanne, live in Red Bank, New Jersey. Visit him online at johngrandits.com.

Michael Allen Austin is the award-winning illustrator of several children's books, including Ten Rules You Absolutely Must Not Break If You Want to Survive the School Bus. Publishers Weekly has exclaimed that his illustrations are "wild and wily," and Booklist has called his art "unusual and exuberant." He lives in Atlanta with his wife, Kim, and their sheepdog, Riley. Visit him online at austinillustration.com and on Instagram @michaelallenaustin.

"Worthy of being shelved next to Jon Scieszka’s funniest."—Kirkus Reviews, starred review

"The large, full-page acrylic illustrations constantly shift perspectives and points of view, adding energy, vivacity, and animation. . . . Seasoned bus riders, and anyone who has been misguided by an older sibling’s advice, will certainly enjoy this outrageously humorous, well-told story."—School Library Journal, starred review 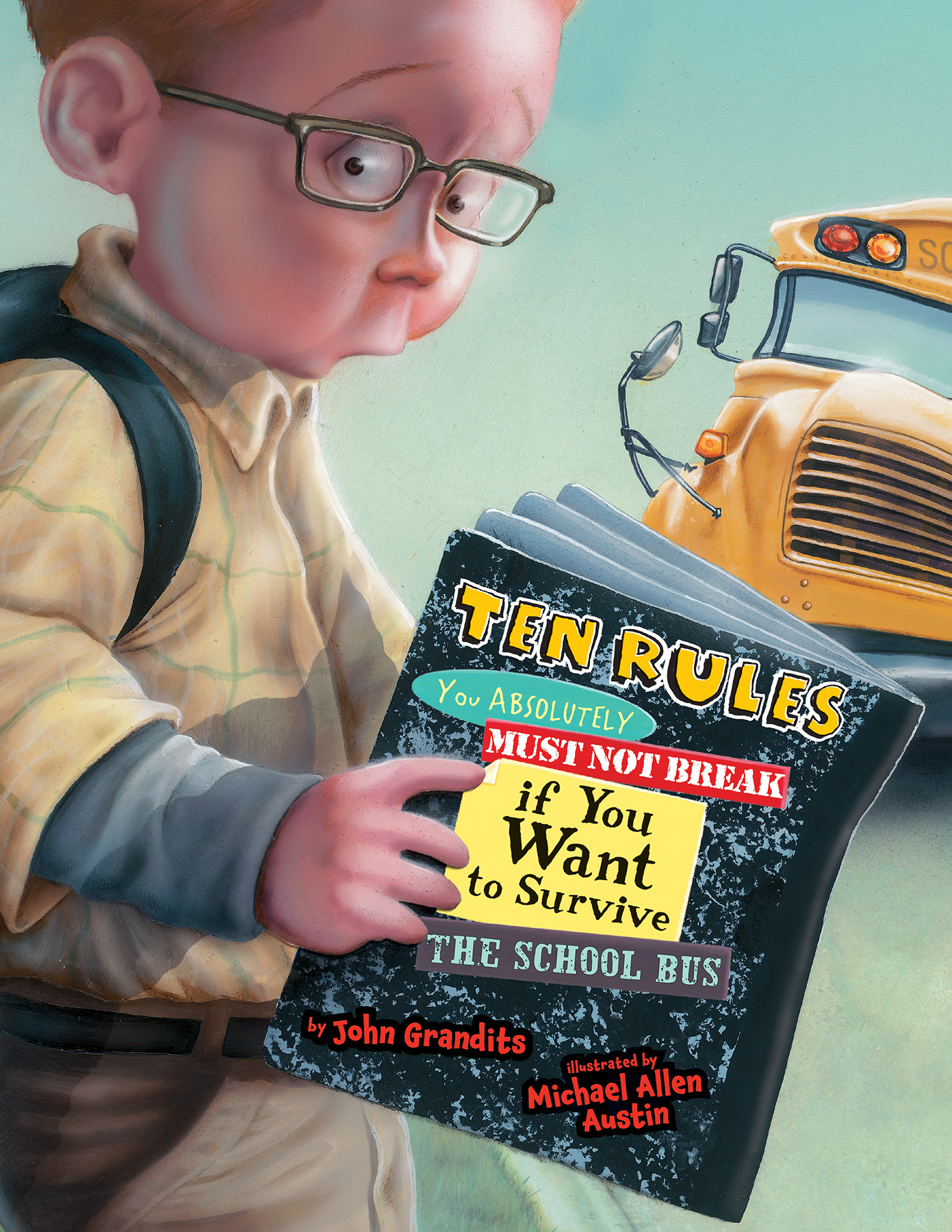