Tell the Wind and Fire

“Sarah Rees Brennan writes with fine control and wit, and I suspect that word of this magical thriller will pass through the populace with the energy of wind, of fire.” —Gregory Maguire, author of Wicked and Egg and Spoon

In a city divided between opulent luxury in the Light and fierce privations in the Dark, a determined young woman survives by guarding her secrets.

Lucie Manette was born in the Dark half of the city, but careful manipulations won her a home in the Light, celebrity status, and a rich, loving boyfriend. Now she just wants to keep her head down, but her boyfriend has a dark secret of his own—one involving an apparent stranger who is destitute and despised. Lucie alone knows the young men’s deadly connection, and even as the knowledge leads her to make a grave mistake, she can trust no one with the truth.

Blood and secrets alike spill out when revolution erupts. With both halves of the city burning, and mercy nowhere to be found, can Lucie save either boy—or herself?

About the author
Sarah Rees Brennan

Sarah Rees Brennan is the New York Times best-selling author of fantasy novels for teens including The Demon's Lexicon, a YALSA Top Ten Books for Young Adults, and The Bane Chronicles, co-authored with Cassandra Clare and Maureen Johnson. www.sarahreesbrennan.com

“Sarah Rees Brennan writes with fine control and wit, and I suspect that word of this magical thriller will pass through the populace with the energy of wind, of fire.”

“Brennan takes the genres of young adult, fantasy, and romance, and through her own writerly, alchemical process converts them into something new and strange and lovely. Read the first few pages of Tell the Wind and Fire and see if you don’t agree.”

—Kelly Link, author of Get in Trouble

"With nods to Dickens’s A Tale of Two Cities, this dark-fantasy-meets-romance will have readers hooked."

“Lucie is a dynamic and complex character, burdened by oppressive secrets from her past and yet fiery and fierce, hellbent on saving those she loves no matter the cost.” 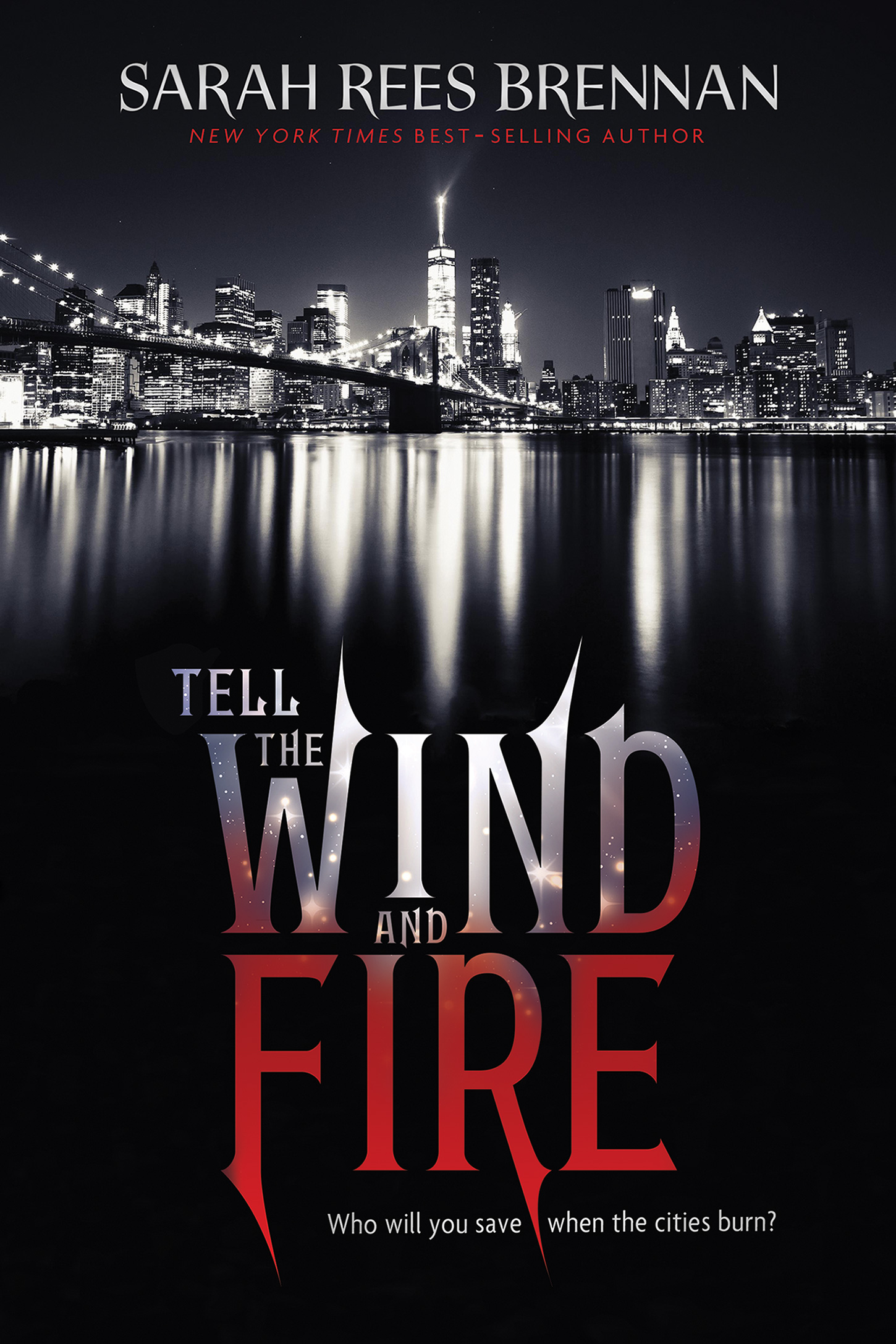