The latest mystery from the author of Runner.

An aging but formidable strip club owner, Claudiu “Manco” Kapak, is robbed by a masked gunman as he places his cash receipts in a bank’s night-deposit box. Enraged, he sends out half a dozen security men to find the witless culprit. Their search leads them to Joe Carver, an innocent but hardly defenseless newcomer who evades capture and sets out to make Kapak wish he’d targeted someone else. Meanwhile, the real burglar, Jefferson Davis Falkins, and his new girlfriend Carrie seem to believe they’ve found a whole new profession: robbing Manco Kapak. Lieutenant Nick Slosser, the police detective in charge of the puzzling and increasingly violent case, has his own troubles, including worries about how he’s going to afford to send the oldest child of each of his two bigamous marriages to college without making their mothers suspicious. As this strange series of events explodes into a triple killing, Carver finds himself in the middle of a brewing gang war over Kapak’s little empire, while Falkins and Carrie journey into territory more dangerous than they could have ever imagined.

About the author
Thomas Perry

THOMAS PERRY is the author of the Jane Whitefield series as well as the best-selling novels Nightlife, Death Benefits, and Pursuit. He won the Edgar Award for The Butcher’s Boy, and Metzger’s Dog was a New York Times Notable Book of the Year.

THE TIMES CAME OFTEN when Joe Carver felt like retreating from Los Angeles into the hinterland, maybe the sparsely populated northern plains. But the frequency of these urges meant little. They were weaker and less insistent every time, and by now they were only uneasy instants, like skipped heartbeats. He had chosen to come to Los Angeles, and some choices could be permanent. He couldn’t go back now to some place where just being alive was work. It was as though when he had crossed the California line, he had stepped off a cliff. There was no way back up.

Carver had always been smart enough to know that when he did anything he was choosing to let a thousand other things remain undone, dooming them to nonexistence. But he was also wise enough not to allow himself to waste much time thinking about all of those unborn futures.

Carver raised his head slowly and carefully and peered downward from the cab of the tower crane at the world two hundred and fifty feet below him. The construction of the big ugly office building was going very well. The steel I-beams were being assembled in a rigid Tinkertoy framework very efficiently, and he could see piles of lumber in the yard below him that indicated the next step would be to add to the flooring that had already been laid on the lowest levels.

Carver could evaluate this building’s progress with something of an expert eye, because he had been sleeping here each night for weeks. Large commercial projects like this were the best protected from thieves and vandals, and they were the most comfortable because there were pieces of heavy equipment with cabs for shelter and seat cushions he could use for a bed.

He didn’t like the look of the site tonight. The crews had been accelerating for weeks. Soon he would have to stop sleeping in the cab of the big crane, and that disappointed him. There were other places for him, but they were all inferior to the tower crane. On this site there were high fences with coiled razor wire to keep intruders out, and even if thieves cut their way in looking for tools or building materials, they weren’t about to climb two hundred and fifty feet to find Carver asleep in the cab.

He judged that he would have to find his next place within a week. Once the steel frame of the first few stories was in, there would be an army of carpenters laying down rough plywood floors. He could see they’d already been installing temporary stairs on the nearest corner of the building. Very soon his crane cab was going to lose its remoteness and privacy. He would have to search for houses with for sale signs and empty stores with for lease signs on them. Before he had found the crane, he had slept in the back seats of new cars on dealers’ lots.

From up here, Carver could see the beauty of the city, the long, straight thoroughfares lined with brightly colored signs, the dark shoulders of the Hollywood Hills just above. In the distance he could see the cluster of tall buildings at the city center. He always looked for the tallest, the cylindrical office building he thought of as the Nose-Hair Building, because it looked like a device he’d seen advertised on television late at night for shaving the nostrils. He looked out his window at the streets just below him. Running east-west was Bronson, and north-south was La Brea. From here, up above the lights, he could see every car crawling along below him.

He knew he should sleep now, because he could be here for only a few hours. The construction crew began work at 6:00 each morning, but the crane operator always arrived around 5:15 and spent some time walking around with a cup of coffee and talking to people. Carver supposed he talked while he could because he was alone all day, sitting up here. Carver approved of the operator’s thinking, and he liked him. The operator had photographs taped in his cab, some of them signed to “Mitch,” so Carver thought of him as Mitch too. One of the pictures was of a blond woman, presumably Mitch’s wife, and four blond kids who looked a bit like her. There were a few shots of the same kids, one at a time, playing baseball or riding a horse, swimming in a pool behind a suburban house. There were also home-printed digital snapshots of the wife wearing nothing—one on a bed, one sitting on the thick arm of an overstuffed couch, one in a shower—but always she was looking right at Mitch’s camera and smiling. Nobody but Mitch ever came up all two hundred and fifty feet to go into the cab, so Mitch must have thought his cab was as private as the inside of his skull.

Carver brought nothing up the ladders each evening but a snack and some water, so he’d had nothing to read but Mitch’s manuals. He’d acquired a fairly clear notion of what Mitch did for a living and had learned how to raise and lower the hook, turn the crane’s boom, and a few other operations. He had originally planned that on his last night here he would move the crane into some odd position and leave it that way, but since he’d started to think of Mitch as a real person, he had become reluctant to give him the creeps.

The construction crew always started to pack up at 3:30 in the afternoon, locking up tools and shutting down equipment, and then left at 4:00. Any time after that, Carver could show up, pick the lock on the heavy chain at the front gate, then the other lock that secured the door to the ladder that led up the mast of the tower to the cab. When Carver was two hundred and fifty feet up in Mitch’s tower crane, he considered himself the safest man in Los Angeles.

The crane was more important to him tonight than before. Today Carver had seen some of the men who were hunting for him. They were the ones who nurtured the growing fortune and nasty reputation of Manco Kapak. Carver had been eating lunch at Farmers’ Market when he had seen five of them, moving along a narrow aisle single file like a trade delegation from the Republic of Hell. They moved stiffly, because the guns they carried under their sport coats or in the waistbands of their pants were uncomfortable and made it hard for them to bend.

There they were, stiff-walking through Farmers’ Market between the juice bar and the toffee place. They moved up the aisle in a slow, deliberate side-to-side gait, and Carver stayed at his table near the doughnut counter, watching. The front man, one of the redheaded Gaffney brothers, would mutter “Excuse me” or “Behind you” to the people ahead of them in the aisle. Whenever he did it, the person would turn to glance and see the five of them coming on. The bystander would be visibly startled, then compress his body against the side of the aisle as though it were a herd of bulls moving past him.

Carver knew they were searching for him, and that someone must have seen him at Farmers’ Market and rushed to call them. But he was sure now that none of them knew him by sight. They were just relying on tips and descriptions from informers. Carver turned away, got up, and moved up the long, narrow aisle between bins of fruit and shops full of jars of hot sauce or cheap luggage. He turned between the L.A.–Beverly Hills–Hollywood souvenir shop and the chocolate shop to get to the aisle beside the open area where the stalls sold pizza and Chinese pork buns and Mexican tortas, and finally made it to the Cajun gumbo stand, then made a left turn into the corridor that emptied into the parking lot. He made his way quickly onto Fairfax, where people moved in and out of shops that sold Russian souvenirs while cars blocked the street waiting for parking spaces.

He walked a few blocks north, then went in the front door of Canter’s Delicatessen and out the back door t... 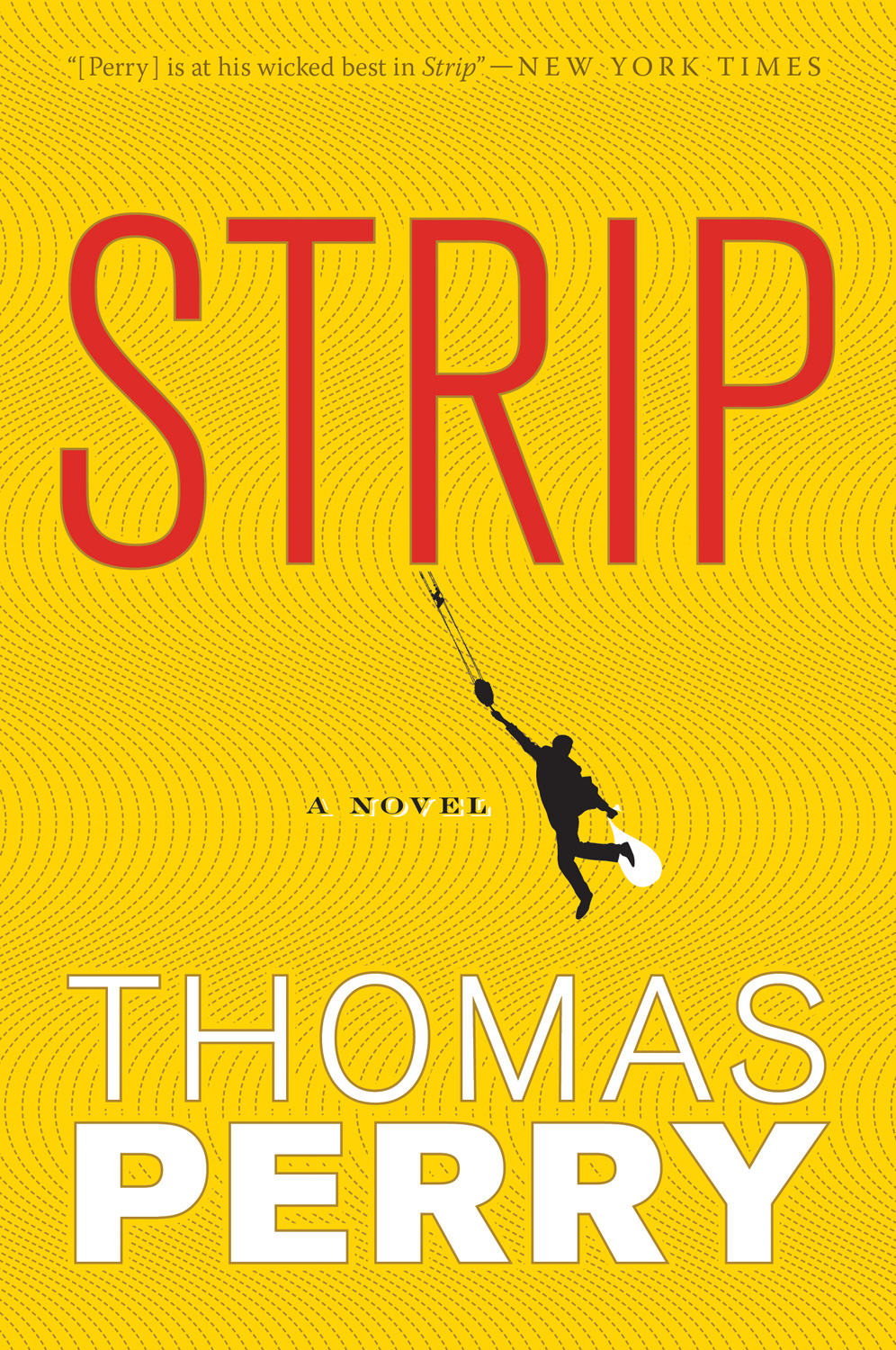