Children become cats and birds, a once-invisible young woman pieces herself back together, and the identity of a mysterious baseball mascot is uncovered—all within this eclectic collection from master storyteller Avi. By turns chilling, ethereal, and surreal, these thought-provoking tales are sure to engage anyone who has ever wondered what it would be like to become someone—or something—else.

About the author
Avi

Avi's many acclaimed books for young readers include the Newbery Medal-winning Crispin: The Cross of Lead and the Newbery Honor books Nothing But the Truth: A Documentary Novel and The True Confessions of Charlotte Doyle as well as The Secret School and The End of the Beginning. He lives in Colorado.

GREG SWEARINGEN is a freelance artist who has created covers for books including Diane Duane's Young Wizards trilogy and Theodore Taylor's The Boy Who Could Fly Without a Motor. www.swearingen.com

At the age of twelve, Thomas Osborn Pitz­hugh—better known as Tom—had few interests, ­little desire, and almost no energy. This was so despite a family—mother, father, older brother, and sister—that loved him. As for school, his teachers treated him fairly; he did what he was supposed to do and received passable grades. But if you were to ask Tom what the future held for him, he would have replied that, other than getting older, and hopefully taller, he expected no change. In short, Thomas Osborn Pitzhugh—better known as Tom—found life boring.

One day Tom was sitting on the front steps of his city house doing what he usually did: nothing. As he sat there a short-haired, black-and-gray cat with gray eyes approached and sat down in front of him. For a while the two—boy and cat—stared at each other.

“Not much,” Tom replied.

“Doing anything?” the cat asked.

“That something you do often?”

“How come?” the cat inquired.

The cat considered this remark and then said, “You look like my kind of friend. How about adopting me?”

“Got anything better to do?”

It was not long before Charley the cat became part of Tom’s household. So familiar did he become that when Tom went to sleep, Charley slept next to his head on an extra pillow.

For a brief time, Tom—having a new friend—was almost not bored. After a while, however, his life settled back into its old, boring routine.

“Hey, man,” Tom said to Charley one afternoon two months after the cat had moved in. “It’s not fair! You get to sleep all day, but I have to go to school.” Disgusted, he flung his schoolbooks onto his bed.

It was the statement more than the thump of books that awoke Charley from a sound nap. He studied Tom, and then stretched his back to curve like a McDonald’s arch. “I am a cat,” he said. “You are a boy. Some would say you had it better.”

Tom sighed. “If you had to go to school every day like I do, you wouldn’t say that.”

“Oh, I like it all right,” Tom replied. “The kids are okay. The teachers are all right. Once in a while it almost gets interesting. Mostly, though, it’s just boring. I’d rather do nothing. Like you.”

“What about after school?”

“Doesn’t anything interest you?”

Tom considered the question. “Television,” he said at last. “On TV there’s something happening. It’s my life that’s dull.”

“Your life is supposed to be dull,” Tom said. “See, people are always telling me that I should get up and do something. Boy, wish I had permission to sleep all day the way you do.”

To which Charley said, “How about you becoming me, a cat, while I become you, a boy?”

Tom sighed with regret. “Not possible,” he said.

“Don’t be so sure,” said Charley. “Most people wouldn’t believe that you and I could hold a conversation, but here we are doing just that.”

“Actually,” said Tom, “it’s not that interesting a conversation.”

“Whatever you say,” Charley replied as he curled himself into a ball, closed his eyes, and went back to sleep. Tom did pretty much the same: He watched television.

The next day Tom, as usual, went to school. In most ways school was ordinary. Although Mr. Oliver called upon him once and Tom gave a reasonable response, he never raised his hand. Most of the time he doodled, stared out the window, or daydreamed, but about what he could not have said.

At the end of that day, Mr. Oliver announced a special homework assignment. He asked each student to write an essay titled “The Most Exciting Thing That Ever Happened to Me.” It was due in one week’s time.

Tom was worried. He could not think of anything in his life that had been exciting. He did remember a family trip when they’d had a flat tire on the highway. That was not so much exciting as it was nerve-racking.

Then there was the time he was taken to a baseball game, but no one even got a hit until the bottom of the ninth inning.

Tom also recalled the time his mother had thought she might lose her job. That was scary, not exciting.

“You ever do anything exciting in your life?” Tom asked Charley when he got home.

Charley, who, as usual, had been sleeping on Tom’s bed, stretched, yawned, and said, “As a cat?”

Charley said, “I caught a mouse once.”

“It was just a small mouse. My first ever.”

“Since I’ve moved in here, I’ve caught a whiff of another cat passing through your backyard. I believe it’s a cat of my acquaintance—her name is Maggie. She’s in search of a home of her own.”

“For a cat it can be hard,” said Charley. “Why all these questions?”

Tom told Charley about the essay he had to write. “But,” he complained, “nothing exciting has ever happened to me.”

Charley thought for a while. “Tom,” he said after a while, “do you remember what I told you—that you could become me and I could become you?”

Tom smiled. “Sleeping all day with no one objecting sounds cool to me. Could it b...

“Fantasy fans with a taste for the unusual will enjoy this challenging collection.”—School Library Journal 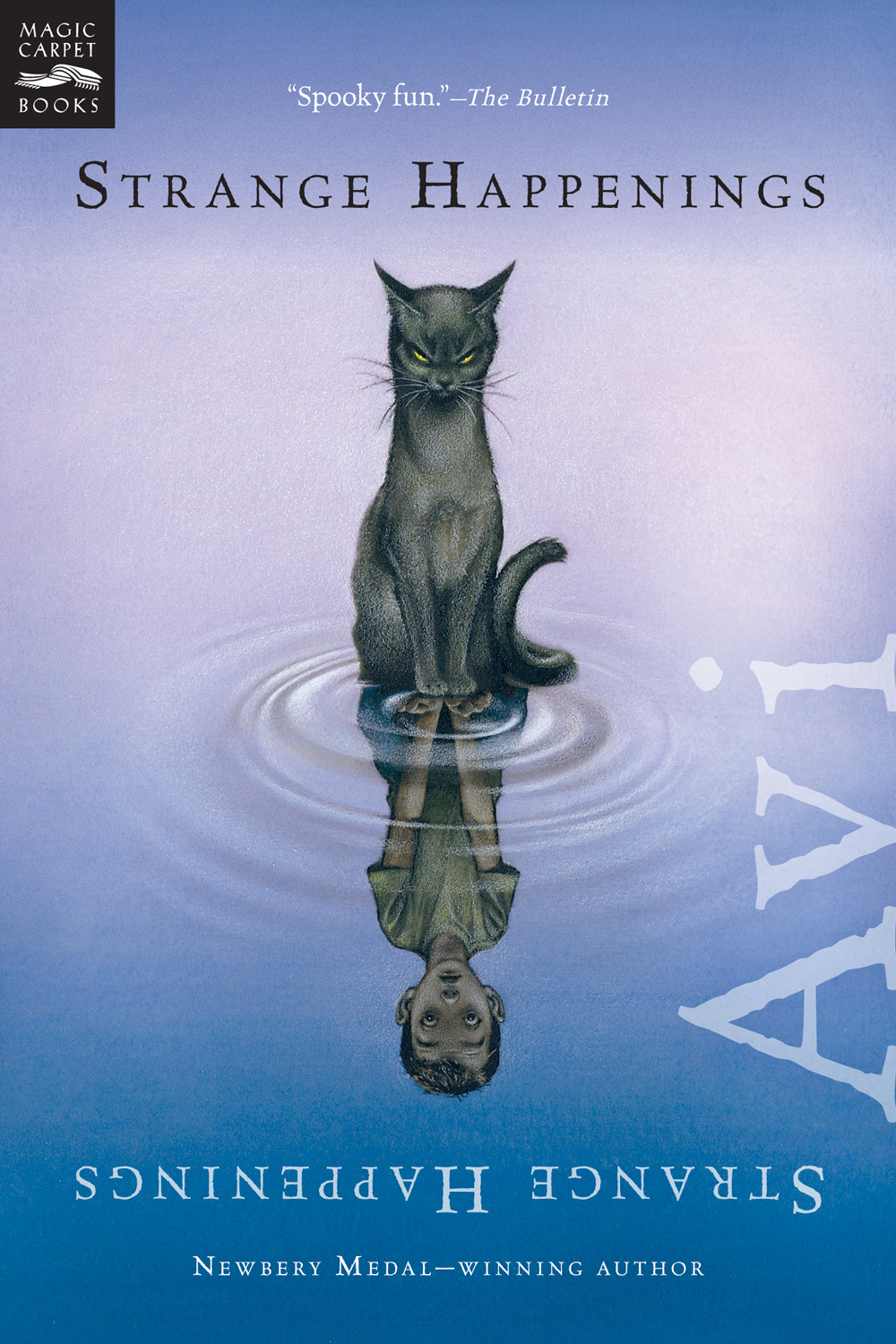