SprawlBall: A Visual Tour of the New Era of the NBA

From the leading expert in the exploding field of basketball analytics, a stunning infographic decoding of the modern NBA: who shoots where, and how.

“Beautifully illustrated and sharply written, SprawlBall is both a celebration and a critique of the 3-point shot. If you want to understand how the modern NBA came to be, you’ll need to read this book.”

From the leading expert in the exploding field of basketball analytics, a stunning infographic decoding of the modern NBA: who shoots where, and how.

The field of basketball analytics has leaped to overdrive thanks to Kirk Goldsberry, whose visual maps of players, teams, and positions have helped teams understand who really is the most valuable player at any position. SprawlBall combines stunning visuals, in-depth analysis, fun, behind-the-scenes stories and gee-whiz facts to chart a modern revolution. From the introduction of the 3-point line to today, the game has changed drastically . . .

Now, players like Steph Curry and Draymond Green are leading the charge. In chapters like “The Geography of the NBA,” “The Interior Minister (Lebron James),” “The Evolution of Steph Curry,” and “The Investor (James Harden),” Goldsberry explains why today’s on-court product—with its emphasis on shooting, passing, and spacing—has never been prettier or more democratic. And it’s never been more popular. For fans of Bill Simmons and FreeDarko, SprawlBall is a bold new vision of the game, presenting an innovative, cutting-edge look at the sport based on the latest research, as well as a visual and infographic feast for fans.

About the author
Kirk Goldsberry

KIRK GOLDSBERRY is one of the leading experts in basketball analytics, a booming new field that has taken the sport by storm. He has worked as the vice president of strategic research for the San Antonio Spurs and the chief analytics consultant for USA Basketball. As a staff writer at ESPN, he has written hundreds of articles about the NBA.

"Beautifully illustrated and sharply written, SprawlBall is both a celebration and a critique of the 3-point shot and how teams like the Warriors and Rockets have used it to dominate basketball. Whether you come away appreciating today’s NBA even more or longing for the days of the post game and the mid-range shot, if you want to understand how the modern NBA came to be, you’ll need to read this book.”

"Lots of books tell you about the NBA. Few books, however, teach you about the NBA, and that's what Goldsberry does here with Sprawlball, a smart and insightful (and sneakily funny) look at the way that the league has been stretched out into a free-for-all of three point shooting (a three-for-all?) and streamlined offensive attacks. Get this book. Read it. And then pretend like it was you who had these thoughts about the game when you're watching basketball with your friends."

– Shea Serrano, bestselling author of Basketball (and Other Things) and The Rap Yearbook

“Basketball has changed so much in the last 20 years. This book does an amazing job of describing where the NBA has been, where it is now, and where it’s going.”

“You don’t have to be a stats geek to enjoy the ESPN writer’s new book, which pairs digestible analysis of basketball analytics with instructive data visualizations.  The result is a vivid portrait of the NBA’s stylistic evolution.”

"This is a fascinating read for today's NBA fans, and the jaunty illustrations by Aaron Dana add both depth and fun.”

"Highly recommended for fans of today's NBA and anyone interested in sports analytics." 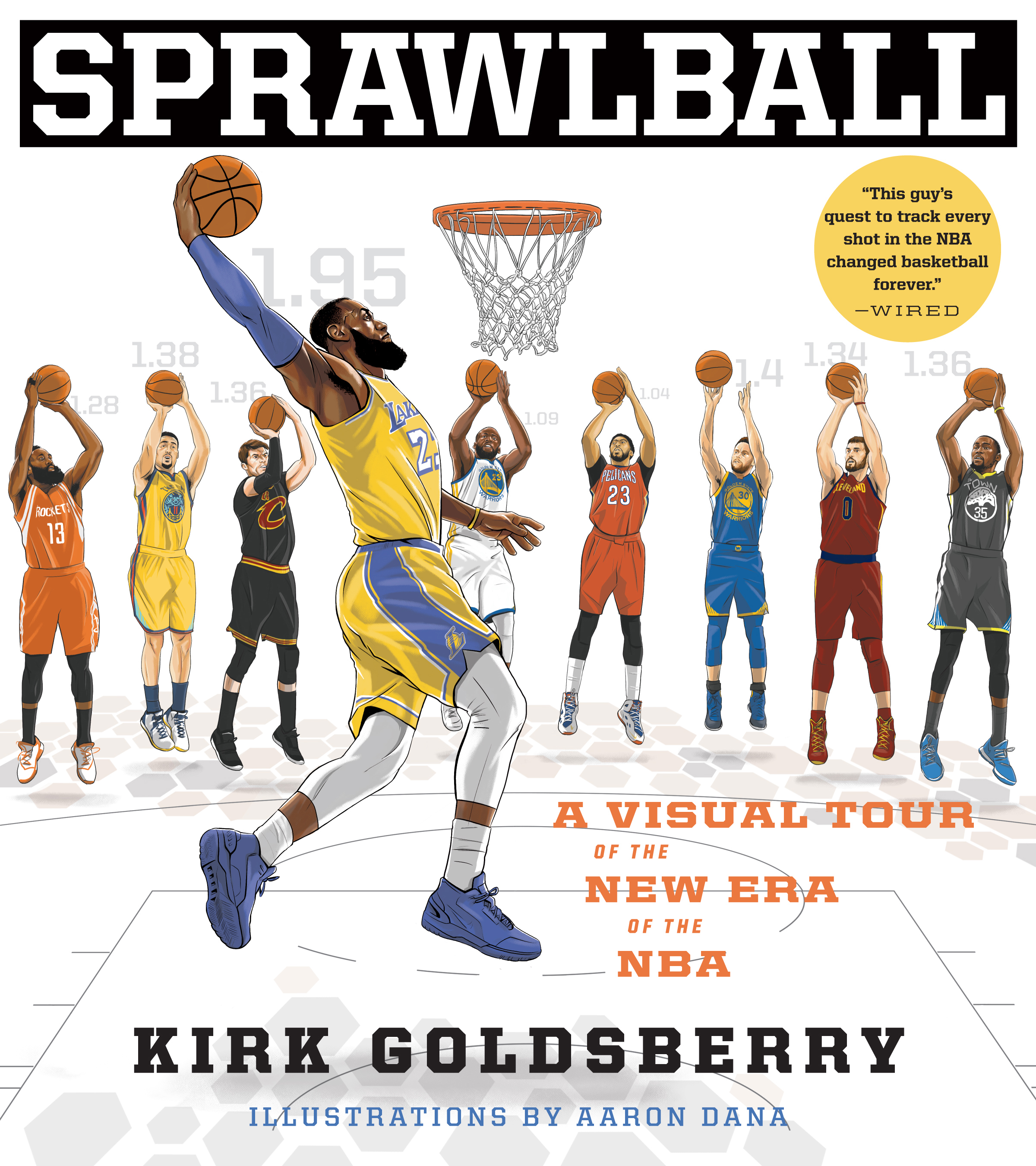