In this sequel to the dazzling time-travel romance Into the Dim, Hope travels back in time to The Gilded Age in 1895 New York City. Sacrifice takes on a whole new meaning as Hope and Bran struggle to determine where—or when—they truly belong.

“The perfect blend of mystery, sci-fi, action, cute guys, romance, history and gorgeous Scotland.” —Justine magazine on Into the Dim

For the first time in her life, Hope Walton has friends . . . and a (maybe) boyfriend. She’s a Viator, a member of a long line of time-traveling ancestors. When the Viators learn of a plan to steal a dangerous device from the inventor Nikola Tesla, only a race into the past can save the natural timeline from utter destruction. Navigating the glitterati of The Gilded Age in 1895 New York City, Hope and her crew will discover that high society can be as deadly as it is beautiful.

In this sequel to the dazzling time-travel romance Into the Dim, sacrifice takes on a whole new meaning as Hope and Bran struggle to determine where—or when—they truly belong.

About the author
Janet B. Taylor

The 2013 winner of the coveted #PitchWars, Janet B. Taylor has four years' experience writing web content for a major television network fan site (CBS) that garners over a hundred thousand hits a day. Janet travels extensively to those places where her novels are set, often roaming around at night to commune with the famous historical figures about whom she loves to write. She is a member of several writing organizations, including the SCBWI and the Historical Novel Society, and lives in a tiny town in Arkansas with her family. Visit her at janetbtaylor.com and on Twitter at @Janet_B_Taylor.

Decapitate, verb. From the Latin, decapitatus. To remove the head from the rest of the body.

It happened in the bedroom. In my bedroom to be specific, though it still seemed bizarre to think of it as mine, this once-sumptuous chamber of velvet and marble and antique furniture that was so massive and solid it would likely survive the apocalypse. As with a prom queen at the end of a long night of debauchery, only touches of the room’s original glamour remained.

Not that I had firsthand prom knowledge per se. But one does read about these things.

After another excruciating day, which had included three muddy hours of stabbing practice, my muscles were in full-on noodle mode, and I was already mentally sinking into my comfy, if craterous, feather mattress. So when I pushed open the door, it took me a second to get it. Though I froze before the utter and complete annihilation scattered across the scuffed floorboards, my brain, Old Reliable, began to catalogue the horror.

Splayed, crooked limbs. Clothing ripped to shreds. Matted clumps of hair strewn about a slim, fragile neck that was now nothing but a ragged stump.

I did not see a head.

Yes, my life had become decidedly weird in the last few months. And though it hadn’t been what most folks would call apple-pie normal in the first place, at least there’d been no brain-twisty flights through time and space, no assault, no mutilation or bloodshed.

That was no longer the case.

Since arriving at my aunt’s manor in the Scottish Highlands, I’d seen medieval soldiers battle with blood and sword. I’d befriended a legendary queen. I’d been pursued by a vengeful saint. I’d engineered a prison escape and helped bring my mother back from the dead.

Maybe. Probably. The temporal jury was still out on that one. The fact that he’d been a very bad guy didn’t temper the horrible nightmares.

But this victim had been an innocent. Her destruction a direct result of my own negligence. I took in a breath and stepped inside. As I picked my way through torn lace and body parts, my heart tried to crumble into minuscule, crackling bits.

No, I thought as I faced off with the murderess herself. This I will never forgive. This was assassination. For this I will forever swear vengeance upon your head.

With a smirk playing around her unrepentant mouth, the killer sat down on the floor amid the carnage she had wrought and—?without the slightest hint of remorse—?began to lick her own butt.

My best friend’s new calico kitten interrupted her bath, one leg raised in that peculiar contortion only cats can perform, and blinked at me with wide, oh-so-innocent eyes.

“Oh, don’t you dare look at me like that,” I snarled at the little puff-head. “I know you did it.”

The fur-ball stood on three stubby legs and glared at me for daring to chastise her. The right rear leg dangled, nothing but a nub, though it didn’t slow her even the slightest.

Mac, Collum and Phoebe’s grandfather, had found her outside the barn. Wet, bloodied, one of her legs mangled beyond repair. After returning from the vet, the feline had quickly usurped control of the manor.

She stretched languidly, back arching as she gave a yippy little yawn. I frowned and reached down to snatch a hunk of blond hair caught in her whiskers.

With a little hiss, she raised a minute paw and batted at the blond curl. I jerked back just in time to avoid having my finger ripped open by needle-sharp claws.

The kitten had evil in her, I was sure of it. She despised anyone with two X-chromosomes, though for some reason, she adored the guys. Mac, in particular, was smitten, toting her around, the little whiskered face peeking out from the pocket of his down vest. Her only redeeming feature was how utterly uncomfortable she made Collum, as she continually appeared out of nowhere and yowled at him to pick her up.

“Why?” I whispered as I surveyed the destruction. “What did I ever do to you?”

She’d been delicate, beautiful. Ancient. Much, much older than the eighteenth-century house itself. The beheaded doll that now lay in scattered ruin across my bedroom floor was the only evidence of my true origins. The only reminder of the child I had once been.

That is, the only tangible reminder. In a way that hurts my brain to think on, just twelve years had passed since someone had plucked her from an icy forest, keeping her safe until he could return her to me.

Twelve years, give or take a few hundred.

Phoebe MacPherson skidded to a halt in the doorway. Her hair, previously spiky and the color of blue-raspberry soda, now bore a sleek, chin-length bob, and was dyed what could only be described as shrieking purple. Freckled, barely five feet, and sporting her favorite panda-print jammies, my friend would’ve looked closer to twelve than sixteen if it hadn’t been for her rather abundant chest.

I shrugged. “She did.” I turned away before she could notice my lips trembling. “My fault. I must’ve left the door open.”

Phoebe knelt, and carefully scooped up the fragile carcass. Bits of yellow silk floated to the ground. We both looked around for the head. I spotted it first, half-buried beneath a pillow.

“Got it.” I climbed up the three wooden steps and stretched out full-length across the mattress. As my fingers closed around the round shape, the cat jumped up on the bed to claim her prize.

Avoiding her, I sat up and stared at the delicate painted face in my cupped palm. I sniffed. Stupid to get upset about a dumb doll. Still.

Soft fur rubbed against my elbow. I glanced down as Sister Hectare “Hecty” MacPherson gave a sympathetic meow and nestled against my side.

“Oh, no. I do not accept your apology, you furry little butt-head.”

Phoebe climbed the steps and settled in on my other side, holding ... 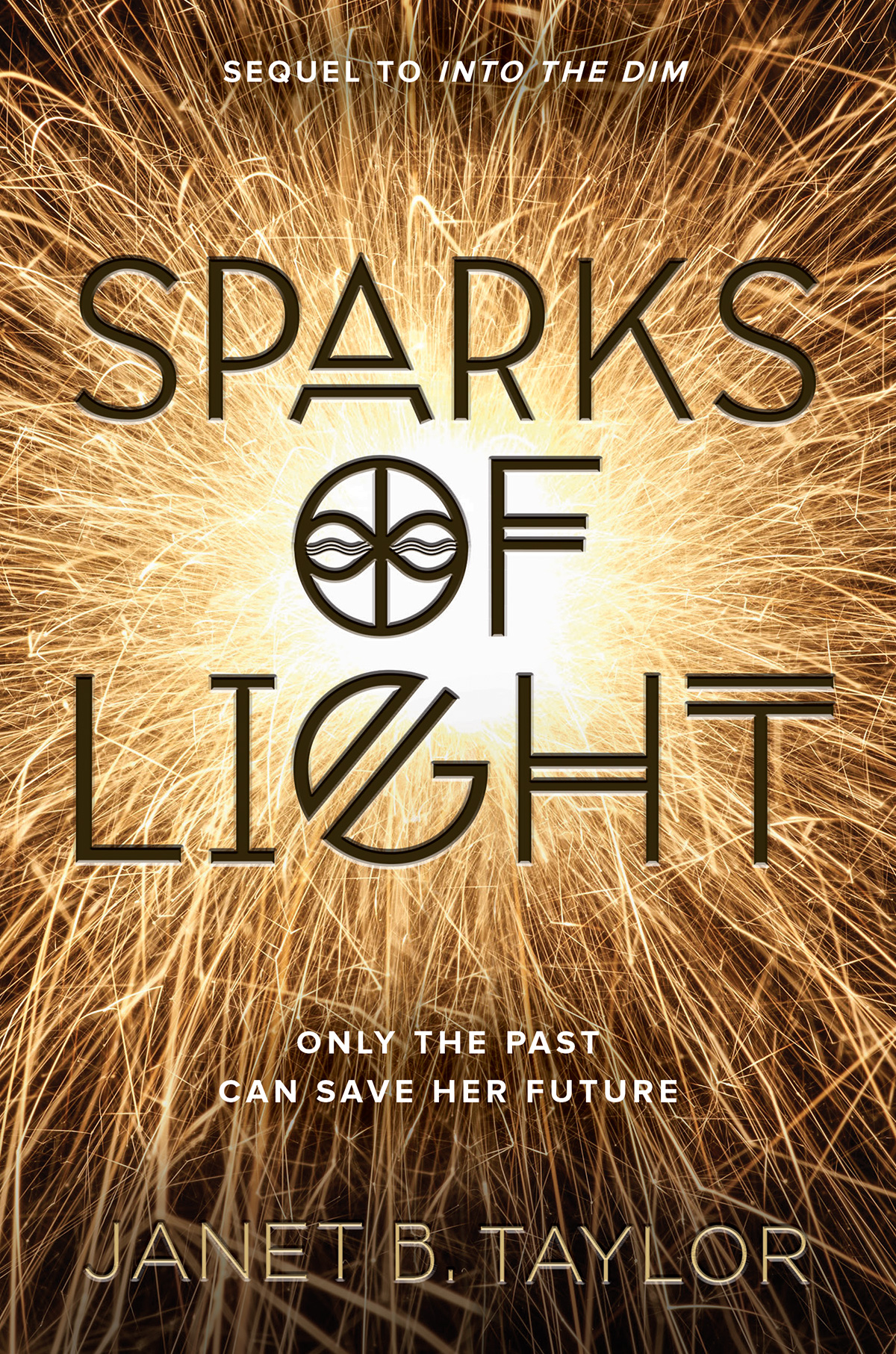