In the latest Good Sportsbook, athletes demonstrate their bravery in the most dangerous arena of all: the battlefield.

Stories of bravery and self-sacrifice from well known athletes who have served in the military.

-Ted Williams, Boston Red Sox outfielder, whose career was interrupted by service as a pilot during both World War II and Korea, where he saw combat and survived a crash landing.

-Rocky Bleier, Pittsburgh Steelers running back: Drafted in 1968, nearly lost a foot on a land mine during Vietnam War.

-Carlos May, Chicago White Sox outfielder, an emerging star whose fought to remain in the major leagues after a training accident during National Guard service caused him to lose his thumb.

-Pat Tillman, Arizona Cardinals defensive back who turned down a multi-million dollar contract to join the military after 9/11and was later killed in Afghanistan.

About the author
Glenn Stout

GLENN STOUT is a freelance writer, author, and editorial consultant and has served as series editor of The Best American Sports Writing since its inception. He is the author of Young Woman and the Sea and Fenway 1912, and has collaborated with Richard Johnson on Red Sox Century, Yankees Century, The Cubs and The Dodgers. Stout has lived in and around Boston for 20 years, and currently lives in Vermont.

From the Batter’s Box to the Cockpit

On April 30, 1952, some twenty-five thousand fans poured into Boston’s Fenway Park. Most had come for one reason: to see slugging outfielder Ted Williams play one final time. The previous January, Williams, who had been trained as a pilot in World War II and remained a member of the Marine reserves, was called back into military service, one of more than one thousand veteran pilots who were recalled into the service to fight in the Korean War. Williams was due to report in just a few days. This would be his last game.

Many fans thought this might be the final game of Williams’s career and believed they might never have another chance to see Williams play. One of baseball’s greatest hitters, Williams was already thirty-three years old and was expected to serve nearly a year and half in the Marines. Even if he survived the war, many people thought Ted would retire from baseball after sitting out nearly two full seasons. From the time he was a kid learning to play baseball on the playgrounds of San Diego, Ted Williams had only one dream. As he once said, "When I walk down the street, I want everyone to say, ‘There’s goes the greatest hitter who ever lived.’ " After reaching the major leagues in 1939, Williams had gone a long way toward making that dream come true. Despite missing three seasons while he served in the military during World War II, by 1952 Williams had collected four batting titles and led the league in home runs and runs batted in four times. Ted had played in nine All-Star games, twice been named the most valuable player in the American League, and led the Red Sox to the World Series with a pennant in 1946. In 1941, he had hit .406 for the season. Since that time, no other player has ever hit over .400. Most Boston fans loved Ted, and the crowd arrived early. Before the game, the club held an emotional ceremony for him on the field. Players from both the Red Sox and the Tigers stood together and held hands in a line shaped like a wing that stretched across the field from one dugout to the other. Ted was given a number of gifts, including a book signed by more than four hundred thousand fans sending Ted their best wishes. During the ceremony, Ted stood next to Private Fred Wolfe, a veteran of the Korean War, who was confined to a wheelchair due to injuries he received during his service. At the end of the ceremony, the crowd stood and cheered as Ted turned toward the stands and waved. Then Williams really gave them something to cheer about. With the score tied 3–3 in the seventh inning, Williams’s teammate and friend Dominic DiMaggio cracked a single. The next hitter made an out, bringing up Ted. The crowd stood and cheered again. They realized this might be the final at bat of Williams’s career. Ted looked out at pitcher Dizzy Trout and remained focused. He didn’t notice the crowd and didn’t stop to think that this might be his last at bat. He just concentrated on the pitcher as he wound up, and then watched the ball as it left his hand and hurtled toward the plate. Williams saw the ball spinning in the air and immediately recognized it as a curve ball. He tracked the pitch with his eyes, and as the ball began to dip over the inside of the plate, Ted began to swing. He hit the ball on the fat part of his bat with a slight uppercut. A loud Crack! ricocheted through the ballpark. As the ball left the bat in a white blur, the crowd gasped, and then kept cheering. The ball soared high and deep to right field. Tiger outfielder Vic Wertz started to chase after it but saw it was going over his head and pulled up. The ball landed eight rows deep in the stands. Ted Williams had hit a home run! The fans cheered long and loud as the scoreboard operator showed that Williams’s blast had given the Red Sox a 5–3 lead, and Williams’s teammates poured from the dugout and met him at home plate. When the game ended two innings later, Williams jogged in from left field. The next day he left for Willow Grove, Pennsylvania, to resume his military career. Ted Williams, perhaps the greatest hitter who ever lived, was now Ted Williams, marine pilot.
Reviews

"What happens when professional athletes spend time in service to their country? Stout brings four of these men into the spotlight and offers readers real human-interest stories."—Booklist 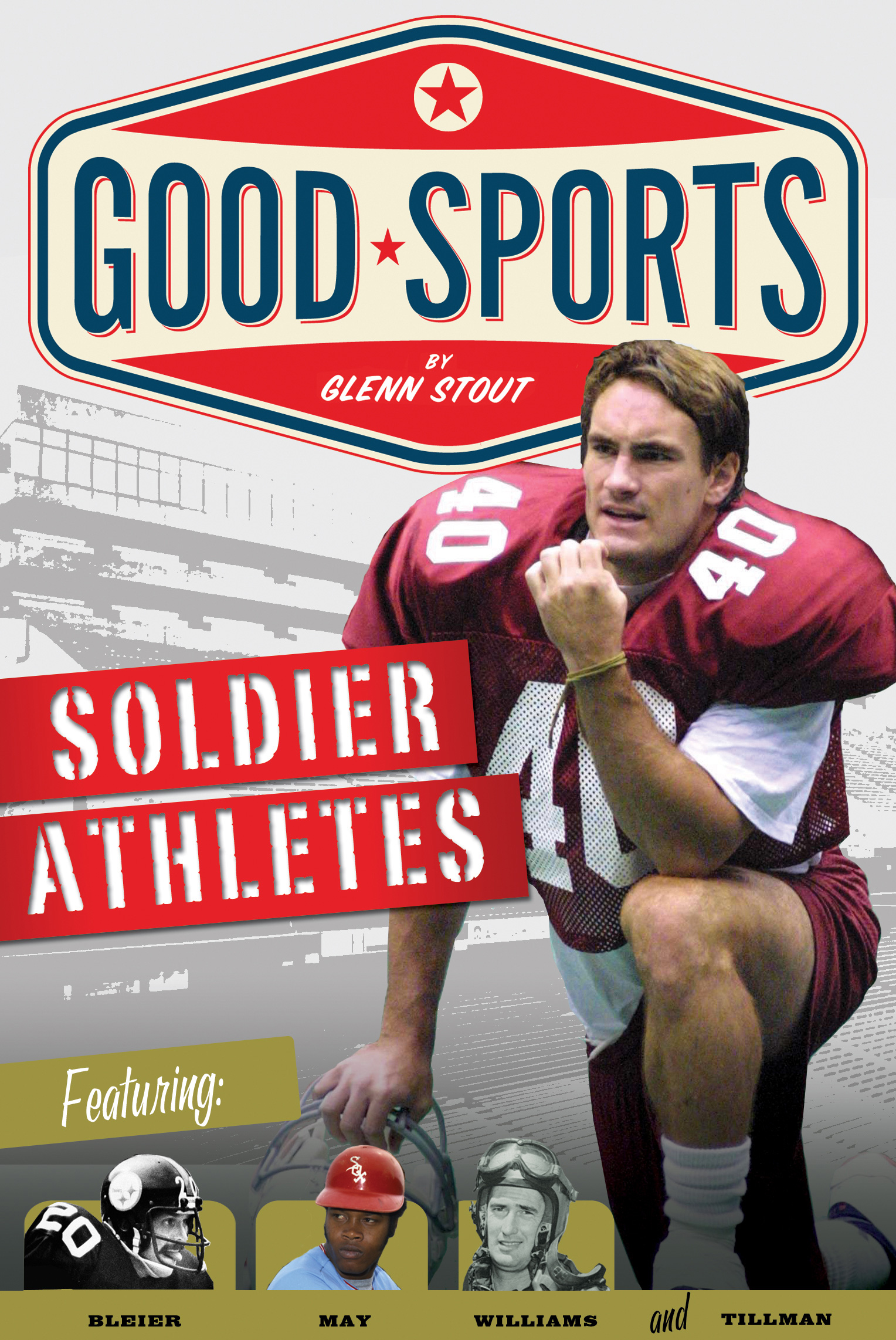