In this "funny and fresh" story about loyalty and friendship, eleven-year-old Matt feels most comfortable working and playing with his rowdy team of dogs. So when he has to set up his own business to help out his math grade, The Sled Dog School is born! Teaching dogsledding…how ruff can it be?

Like Terry Lynn Johnson’s popular Ice Dogs, Sled Dog School is about finding your strengths, and your friends, and unleashing your passions—even when they others think you’re barking up the wrong tree!

Eleven-year-old Matt is struggling in school and he has to set up his own business to save his failing math grade. But what is he even good at? The only thing he truly loves is his team of dogs, and so Matt’s Sled Dog School is born. Teaching dogsledding should be easy, right?

But people, just like dogs, can be unpredictable. And sometimes the bravest thing a person can do is admit they need help. Like Terry Lynn Johnson’s popular Ice Dogs, Sled Dog School is about overcoming adversity, finding your strengths, and your friends, and following your passions.

About the author
Terry Lynn Johnson

Matt didn’t have much time.

“Haw,” he called to his leaders, Foo and Grover, as they approached the fork in the trail. At the sound of his voice, the dogs’ ears swiveled back. It made Matt proud that they listened to him the same way they listened to his dad, even though Matt was eleven.

The team didn’t break stride as they charged down the left trail. Matt loved watching them charge. When the dogs were happy, he was happy. Most times.

The wind grabbed the scarf Matt’s dad had made for him and whipped him in the face. He wouldn’t wear it to school—it was kind of girlie—but out here it was okay. He tucked it back down into his jacket. It was cold for November, but Matt wasn’t worried about that. All he could think about was getting to the mail on time.

Usually it took five minutes flat to get to the mailboxes at the top of the road. His mom would be coming home any minute. He needed to get there before her so he could grab the letter he knew was coming. She couldn’t see that letter.

“Yip-yip-yip!” he called for more speed.

They were almost at the tall pine tree where he’d be able to see the road. See if there was a red Toyota on it. The dogs sprinted, their feet picking up chunks of ice, which pelted Matt in the face. He crouched on the runners and grinned.

Just as the pine tree came into view, he heard a scream behind him. He whipped his head around to see Bandit, one of the yearlings, racing toward him pulling an empty basket sled. Only it wasn’t quite empty. Someone was hanging off the back of it, being dragged along the trail. When Bandit saw Matt and the team, he lowered his head and shot forward. The dog’s burst of speed dislodged his passenger.

“Matt!” a voice shrieked. A small figure in a snowsuit tumbled down the trail, rolling like a big blue hot dog.

“Lily!” There wasn’t time to yell anything else. Matt hit the brake on his sled to stop his team. He then threw the snow hook and stomped on it to hold the huskies in place. He prepared to launch himself at the runaway sled. But Bandit crashed into him first, knocking both of them into a snowbank in a pile of legs and fur.

Bandit’s eyes, ringed in black—the reason for his name—were full of excitement and chaos. He bounced off Matt and dived for the team, but Matt grabbed his harness. As Matt struggled to hold Bandit, he wondered how his six-year-old sister had managed to harness the young dog with all of his energy and sneak away to follow them.

Lily shuffled toward them, her snowsuit making sh-sh-sh-sh noises as she came closer. “I wanted to come!”

“Not cool, Lily! Bandit hasn’t even been trained! What were you thinking? He could’ve been hurt—” Matt stopped short when he saw his sister’s face. Her lip pulled down, her eyes red. “Aw, jeez. Fine! Get in the sled. Just hurry up!”

She stopped crying so fast, Matt knew he’d been played, but there was no time to be mad.

He didn’t know what to do with Bandit. Matt was not allowed to take more than four dogs out by himself, and he already had four on the gang line. Bandit leaped and wiggled in Matt’s arms. The team grew impatient with the wait. Atlas let out a scream to go.

Matt let Bandit loose and left Lily’s sled on the side of the trail to pick up later. There was a fire in his belly now to hurry. Just imagining his mom’s face as she opened the letter made him jittery.

Bandit completed a joyous sprint around the team, a goofy grin on his face. And then he took off for home. Foo and Grover immediately turned the team around to chase.

“No!” Matt yelled, but they were already flying down the trail in the wrong direction. So much for listening to him.

“Bandit!” he called, hoping that the dog could hear him above all the pounding feet. Bandit suddenly wheeled around for a crazed drive-by, his mouth wide open in a smile, his tongue flying out to the side of his face. Matt’s leaders also wheeled. At last, they were all going toward the mailboxes.

They made it to the big pine, but Matt couldn’t even look for his mom. He was too focused on not tipping over as they careened around the corner in a spray of snow.

When Matt finally looked up, he sucked in a breath at the sight. It wasn’t a red Toyota, but a brown Chevy pickup, which was almost as bad.

By the time the team arrived at the mailboxes, his dad had parked and leaped out of the truck, leaving the door wide open.

“Lily!” he yelled, which was his normal tone for saying anything. “I went to find you in the house, and I didn’t know where you were!” He grabbed Lily from the sled and hugged her. “Don’t do that again—you scared me!”

The dogs rolled on their backs, making little contented grunts. Matt dropped the snow hook and kicked it in as he tried to figure out how he could get the mail now without his dad noticing. He inched from the sled toward the sixth box in the row.

Lily pointed at him. “We took the dogs out for a ride.”

“Yes,” Dad bellowed, standing tall. He wore his dusty apron and clogs. “Matthew is taking you whenever he goes out with the dogs now.”

“I’m too busy with this order, son. I have to get the bowls done on time, or I’ll lose the contract. You can look after your sister.”

Not for the first time, Matt wished his dad had a normal job. Staying home and making pottery was just another thing for the kids at school to bug Matt about. He also wished he could mention how unfair it was that he had to take Lily all the time. But at the moment, he just wanted to get the letter.

Matt pointed at Lily. “I think she got a bruise from falling off the sled.”

When Dad turned to her, Matt lunged for the box with his hand ready with the key. Just as he turned it, the Toyota came around the corner. His mom coming home from her researcher job.

“Aha! A lovely surprise,” she said, as she stepped out of the car in her rubber boots and light blue office dress. “Whatcha seen, jellybeans?”

"Themes of friendship and problem-solving are slipped effortlessly into the funny and fresh plot, and authentic off-the-grid details bring the story to life . . . A tale of loyalty and friendship—with a strong dose of validation for readers who learn from doing rather than books—that hits all the right notes." —Kirkus 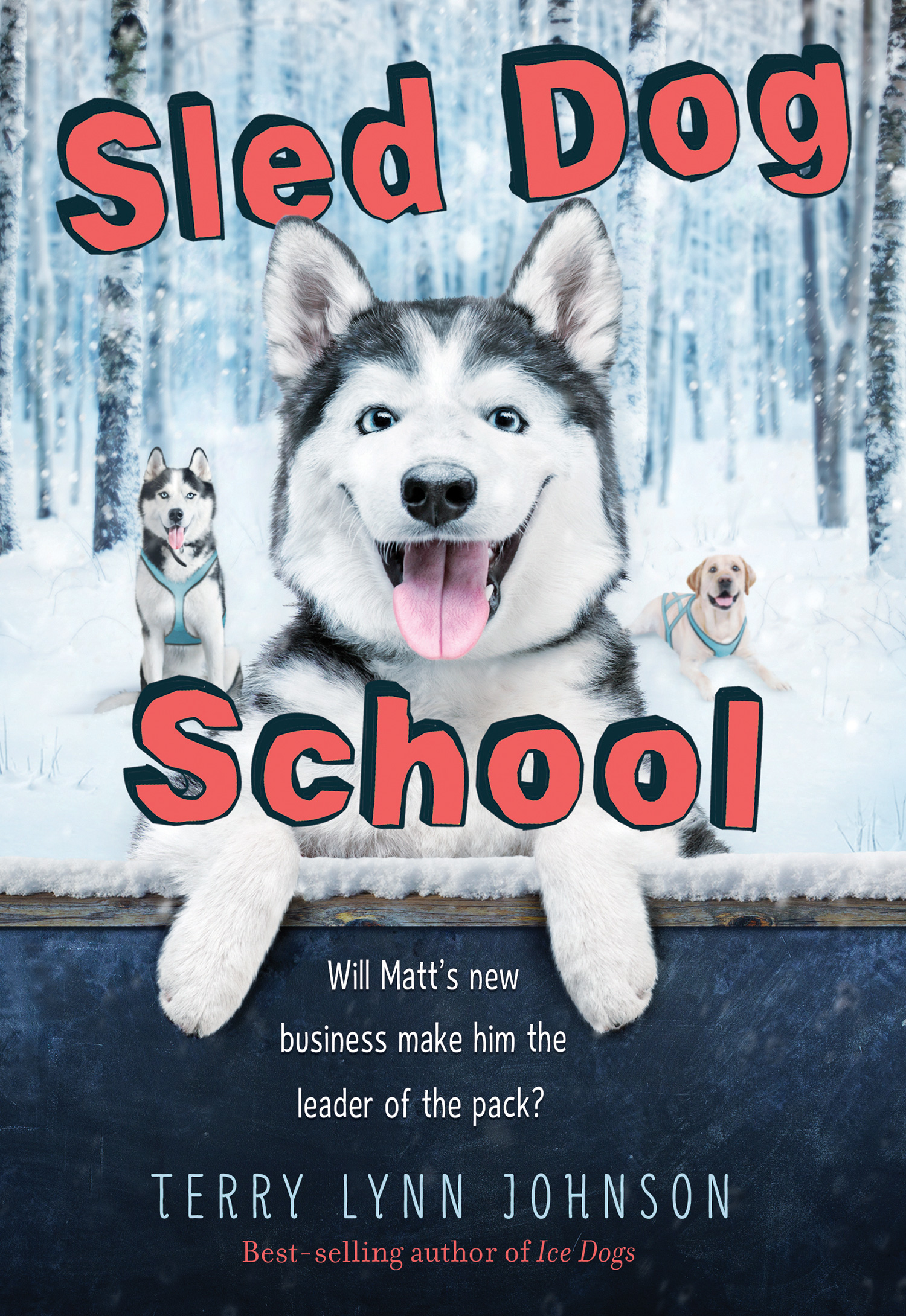