After the gang got a little pyromaniacal at the Mandibles' place, nothing's as it should be. Wally has suddenly turned into an eternal optimist, Vampire Dad wants to give the twins up for adoption, and Cheyenne has been acting awfully, well, hypnotized lately. Meanwhile, everyone in downtown Cincinnati is snotting and snuffling from a mysterious and deadly flu virus--and the ont larvae are quietly gaining strength underground.

Luckily, a suspicious stranger with a syringe shows up to give Wally a free "vaccination." (Now, there couldn't possibly be anything wrong with that picture, could there?)

About the author
Dan Greenburg

DAN GREENBURG is the creator of the enormously popular Zack Files series of middle grade novels as well as the author of a number of bestselling adult books, the best-known of which is How to Be a Jewish Mother. He lives in New York.

SCOTT M. FISCHER has illustrated many book jackets and has also created art for Magic: The Gathering and Dungeons & Dragons. He lives in upstate New York. www.fischart.com

Cheyenne Shluffmuffin lay in bed, shivering. Although the girl’s slim body quaked with cold, her thin pajamas and sheets were soaked in sweat. Her skin was so hot, it scalded the fingertips of whoever touched her.

The darkened room in the attic of the odd house in the forest smelled like cherry cough syrup, menthol, and stale bedclothes. The sound of her labored, wheezing breathing was hard to listen to.

The doctor removed a glass thermometer from between Cheyenne’s parched lips and held it close to the bedside light.

“How high is my temperature, Doctor?” Cheyenne asked weakly.

“No,” said the doctor, “not compared to the temperature of boiling water.”

Shirley shook her head. “No, Wally,” she whispered back. “But that’s troll doctors for you—no bedside manner. However, they do make house calls.” Shirley rubbed four of her eight legs through her silk pajamas and pulled her robe more tightly around herself. Even giant spiders sometimes feel a chill.

“Hey, honey, a hundred and six is nothing,” said Vampire Dad, pulling the blankets up over his shivering daughter. “I once had a hundred and twenty.” This was an outrageous lie to make Cheyenne feel better and she knew it. Dad had never had a temperature higher than a hundred and four, and for the past three years he’d had no temperature at all.

The troll doctor yanked his stethoscope out of his long floppy ears and zipped up his medical bag. His wart-covered head was so large, it threatened to tip him over on his stubby legs and send him crashing to the floor.

Wally, Dad, Shirley, and Shirley’s human husband, Edgar, followed the troll as he hopped down three flights of stairs to the front door.

Dad looked at Edgar, then shrugged and raised his palms.

“My word, Doctor,” said Edgar in his charming British accent. “When we spoke on the phone, I understood you to say one hundred.”

“Right,” said the troll. “A hundred for the house call, a hundred for the stairs. Stairs are murder on a troll’s legs. If I’d known you had stairs, I never would’ve come.”

Edgar pulled a roll of twenties, as old and limp as cloth, from his wallet. He counted out a sheaf of them and extended it to the troll, who snatched it quick as a toad’s tongue.

“What is your prognosis, Doctor?” asked Edgar. He struck a wooden match with his thumbnail, held the flame close to the bowl of his pipe, and inhaled deeply. It failed to light.

“Well, Professor,” said the troll, “there’s a very good chance she’ll live through the night, in which case I wouldn’t be surprised if she makes it all the way to lunch tomorrow.”

“And after that?” Wally asked.

“After that?” said the troll. “After that your guess is as good as mine. To be on the safe side, though, I’d probably have me a good funeral home standing by.”

The troll opened the front door. “Heigh-ho,” he said, and then hopped through the door and went down the walk, swinging his black bag.

Wally, Edgar, Shirley, and Vampire Dad stared out the door after him, paralyzed by his dark news, until Edgar realized that leaving doors open at night in Dripping Fang Forest was unwise, and promptly slammed it shut.

“That guy may be a doctor, but he’s a total creep,” said Wally. “And I’m sorry, I know you’re not supposed to notice trolls’ heads and legs and warts and stuff, but—”

“Wally, the fact that he’s a troll has nothing to do with his being a creep,” Dad interrupted. “He’d be just as creepy if he were human. And I refuse to believe that Cheyenne’s chances are as bad as he said. A high fever is a good sign. A high fever shows that the body is fighting the infection. Isn’t that right, Professor?”

“Quite,” said Edgar, sucking in vain on his unlit pipe. “The fever is nothing to worry about. It’s the coughing up of blood that I don’t like. Now, I’m not a doctor, but I do think she’s going to be just fine.”

“So do I,” said Vampire Dad, trying hard not to think about all that luscious blood going to waste. “The important thing is to make sure she drinks plenty of liquids. Then she’ll be fine.”

She’s going to die, said Wally silently. My poor twin sister is going to die. Oh, God, please don’t let her die. Please, please don’t let her die. If you let her live, I’ll do anything you want, anything. I’ll become a better boy, a better brother. I’ll . . . I’ll try to be more positive. Cheyenne has always wanted me to be more positive. If she pulls through this, I’ll become a total optimist, I swear, even more than Cheyenne. Much more. If you let Cheyenne live, I’ll be such an optimist, I’ll make her look like me by comparison!

“She may seem bad now,” said Dad, “but it’s always darkest before the dawn. By morning she’ll be fever free.”

If it seems certain that she’s dying, Dad wondered, can I bite her on the neck just before she utters her last gasp, before her heart contracts that final time and squeezes out her last pulse of nourishing blood, and then have her join me as a member of the living dead? No! I cannot even think such thoughts! I cannot let her die! I don’t know if I can believe in a God who let me drown in a Porta Potti and become a vampire, but I’m willing to keep an open mind. Okay, God, if you do exist, and if you let her live, I’ll do anything you want me to. I’ll give up forever my infernal thirst for human blood. I’ll get over how hurt I am that she and Wally prefer to have the Spydelles be their parents instead of me. If you let her live, I’ll tell them I won’t even stand in the way of the Spydelles legally adopting my children.

“She’ll be fit as a fiddle by morning,” said Edgar.

What can I promise you, Lord, to convince you to spare this child’s life? Edgar prayed. I know—if she lives, I shall tell Vampire Dad he no longer has to sleep in the garage at night; he can come back and sleep in the house. Sure, our lives will no longer be safe from his horrid bloodlust, but I’m willing to make that sacrifice if you will only let this poor child live. “The important thing,” said Shirley, “is to put ice packs on her and get the fever down. That’s what’s going to do the trick. She’ll be fine by morning, you mark my words.”

Here’s what I’m prepared to do if Cheyenne’s life is spared, thought Shirley. If Cheyenne lives, I’ll give up my desire to have babies of my own, and I’ll insist that the twins return to their real father, bloodsucking demon or not.

The phone rang. Shirley picked it... 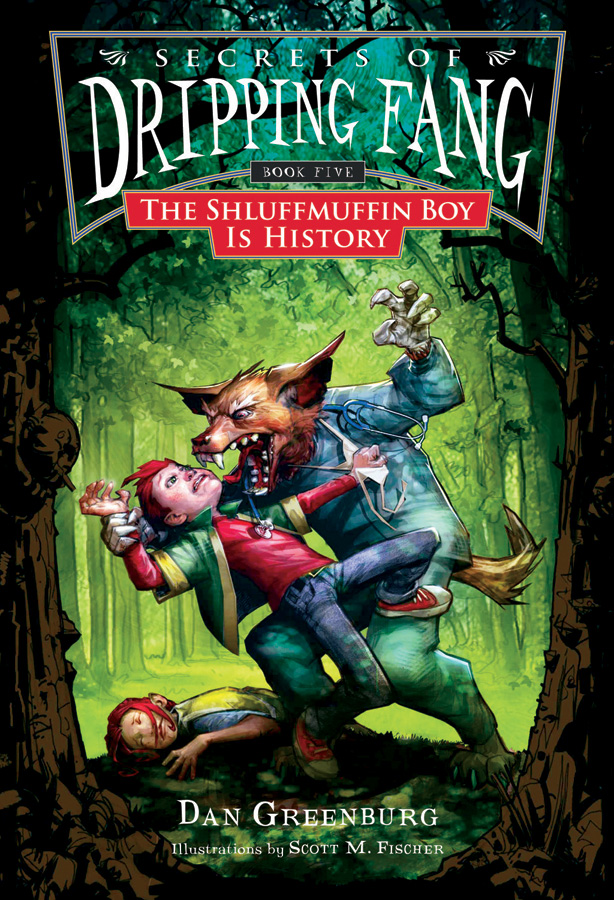