Mankind has long dreamed of reaching out to live on other planets, and with the establishment of the Mars Endeavour colony, that dream has become reality. The fledgling colony consists of 120 scientists, astronauts, medical staff, and engineers. Buried deep underground, they’re protected from the harsh radiation that sterilizes the surface of the planet. The colony is prepared for every eventuality except one—what happens when disaster strikes Earth?

“For lovers of Andy Weir’s The Martian, here’s a true hard-science-fiction tale set on the red planet — a terrific blend of high tech and high tension, of science and suspense, of character and crisis.”

Venturing into space and traveling to Mars sounds like an exotic adventure, but the reality of living on a rocky, frozen, lifeless planet is exacting on the Mars Endeavour crew. The exhilaration of reaching the surface of Mars has worn off for the public, and the exploration has moved into its scientific phase. The only viable option for long-term habitation lies hundreds of feet beneath the surface, in lava caves that shield humans from harsh cosmic radiation.

Connor, Harrison, and Liz are senior members of the U.S. module. When war breaks out on Earth and rumors spread to Mars, their core principles are rocked by the devastation and loss of friends and family. Whom can you trust on an international mission when your countries are at war? As colonists from different nations struggle to figure out what really happened on Earth, grief and anger become pitted against camaraderie and the spirit of exploration.

“Science fiction as it should be. Retrograde combines realistic characters with depictions of Mars as our explorers will one day find it in a powerful story. A must-read!” — Ben Bova, Hugo Award winner and author of the Grand Tour series

About the author
Peter Cawdron

PETER CAWDRON is an Australian science fiction writer and author of numerous novels. He lives in Queensland, Australia.

“Okay, deal the cards again,” James says, circling his hand around the table. “I get this. I can fool the landlord.”

I laugh as Jianyu pours me another tiny glass. “Are you trying to get me drunk?” I ask.

Jianyu replies, but I can’t hear him over the noise of the card game and James calling out, “To fool is to fight without being seen, my friend. To fool is as good as a fight. Sometimes, it’s better.”

“Sometimes it is,” Su-shun admits, dealing cards around the table.

Jianyu smiles at me and then turns to James, saying, “You sound like Sun Tzu in The Art of War.”

“Did he say that?” James asks with innocence in his voice.

“No,” Su-shun replies, and everyone bursts out laughing.

“You’ve had too much to drink,” I say to James, but I’m the one swaying under the influence of alcohol in the light Martian gravity. I hold on to the edge of the table with one hand, feeling as though I could float away. The rest of the Chinese crew gather around, yelling and placing bets ?— ?speaking so fast I find it hard to believe anyone can follow the conversation. All I can tell is that there’s a lot of excitement around James and his grossly misplaced bravado, with the Chinese betting both for and against him, but I suspect it’s mostly against.

Like smoke in some seedy Shanghai restaurant, water vapor drifts around us, rising up from humidifiers wafting homemade incense throughout the Chinese module. I love the ambience. For a Midwestern girl like me, immersing myself in another culture is as intoxicating as alcohol, and I find myself torn between staying and leaving. I’ve got thirty kilos of rock samples to sift through tomorrow ?— ?that’s easily eight to ten hours of work.

“We should be going,” I say, tapping James on the shoulder and pointing at the digital clock on the wall. It’s showing 12:00 a.m., but the seconds counter has gone well beyond 60 ?— ?it’s at 2,344 and climbing. I forget exactly how many seconds there are in the Martian time-slip, but a day on Mars is roughly forty minutes longer than it is on Earth, so our clocks are set to pause for the best part of an hour from 12:00 to 12:01. In theory, it means we can sleep in an extra half hour or so each day, but in practice, that gets channeled into our work. Our biological clocks are like those of drifters constantly traveling across time zones. The physiological effect is like driving around the world once a month ?— ?which is more crazy than it seems: around halfway through the month, noon starts to feel like midnight. I’m not sure I’ll ever get used to it.

“Yeah, that’s not happening,” I say, gesturing toward the hatch leading out of the module. “Let’s go.”

Su-shun gives me a look like he’s a cat with a mouse, giving James just enough freedom before swatting at him again with long, sharp claws. He smiles behind narrow, thin eyes. He’s loving this.

I look to Jianyu, trying to get his attention as he moves behind James, but he’s caught up in the fun.

Yelling echoes through the module. It’s astonishingly loud inside the narrow, tubular mod. It’s sometimes difficult to remember we’re on another planet, millions of miles from home. We could be in a simulator on Earth, although things never got this wild back there. With no instructors critiquing our actions, life is a lot more free on Mars ?— ?or as free as it can be living inside a tin can.

Jianyu puts some money down on James, which surprises me ?— ?although “money” is too strong a term. Poker chips act as pseudocurrency in the informal economy that exists within the colony. Most people barter for anything they want beyond the basics, but chips are sometimes exchanged as well.

The sweet smell of spiced rice floats through the air. Thin strips of faux meat sizzle in a wok as the chef constantly turns over a succulent Asian dish, adding a small ladle of water every few seconds, causing steam to billow into the overly humid air. The chef is talking as rapidly as everyone else, though to whom I don’t know ?— ?I’m not sure anyone’s listening. Although the meal smells delicious, I can’t imagine the crew wanting to eat at what equates to almost 1:00 a.m., but for the Chinese, the party is just getting started.

I love the Chinese mod. Technically, it’s a mirror image of our own module, yet the Chinese have made it into a home. Somehow, they’ve transformed their mod into a back alley in Guangzhou ?— ?vibrant and full of life. Clothes hang from a line running across the back of the communal room, which is something Connor would never allow in the U.S. module. To my mind, the pieces of clothing act as pendants, colorful flags, festive decorations. I doubt anyone here gives them a second thought. They’re a touch of life on Earth being transplanted on Mars.

“Oh, no, no, no, my friend,” James says, wagging his finger. “I see what you’re trying to do. You be the landlord!” Laughter erupts from around the crowded table.

Jianyu says, “Come on, Liz. Throw some chips into the pot.” His hand runs down the back of my arm. Jianyu steps around me, but his hand lingers just long enough to express tenderness. He’s normally guarded about our relationship. I don’t think he’s embarrassed about dating a foreigner, or intentionally secretive, he’s just private about his feelings, and that’s fine with me. Rural Chinese modesty is quaint to someone who lived in downtown Chicago for six years. Tonight, though, the rice wine is going to his head, and he sneaks a kiss on my cheek, adding, “You know you want to.”

“No way,” I say, laughing more at his impetuous public kiss than anything he said, yet I’m swept up in the euphoria. It’s no longer a question of staying or leaving, but of betting or continuing to fiddle with the chips in my pocket. I’m tired. I performed an eight-hour surface op earlier today. My body yearns for bed, but my heart loves the explosion of life around me.

“She’s too smart,” Jianyu replies, winking at me, and more poker chips find themselves cast onto the pile in the middle of the table. How anyone keeps track of what’s been bet and by whom, I have no idea, but the system seems to work. Deep down, I suspect no one really cares. The chips are like gold on a games night like this, even though they’re little more than a novelty.

There are five players seated at the round dining table, with two dozen others cramped around them, all trying to get a good vantage point. That’s pretty much everyone in the Chinese mod, but the commotion within the module gives the impression there are hundreds of people bustling through a crowded market.

Su-shun finishes dealing to the players, but before anyone can pick up their cards, Wen storms over, pulling people away so she can get to the table. 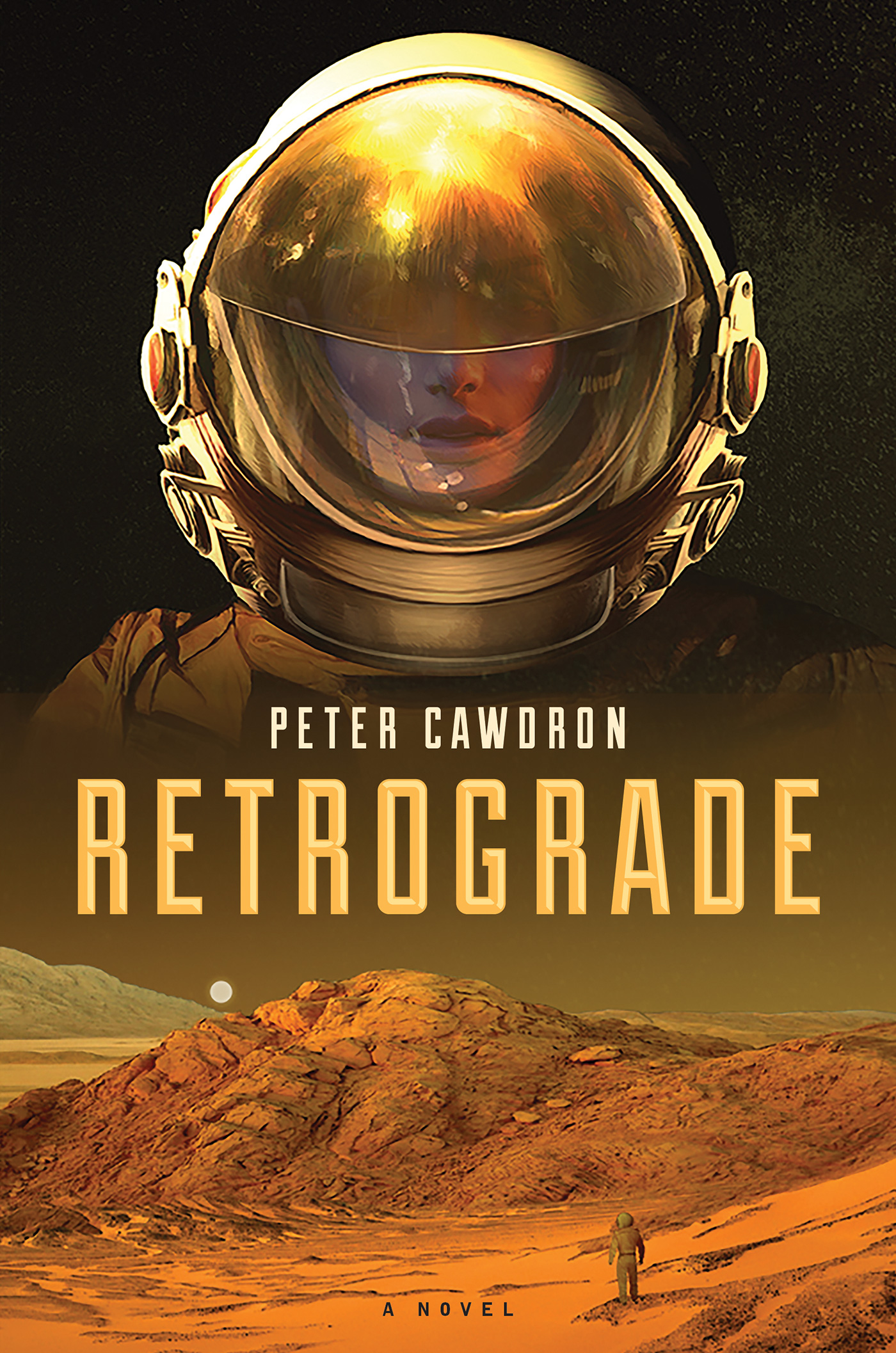