In a sequel to indie phenom Peter Cawdron’s Retrograde, Reentry applies realistic technology to examine not just interstellar exploration, but the dangerous potential of Artificial Intelligence. For fans of hard science fiction by authors such as Andy Weir, Gregory Benford, and Philip K. Dick.

After almost dying on Mars, astronaut Liz Anderson returns to Earth, but not to a hero’s welcome. America is in turmoil. The war is over, but the insurgency has just begun. So while life on Mars may have been deadly, at least up there she knew who the enemy was. Along with her, Liz has brought the remnants of the artificial intelligence that waged war on two planets. Buried somewhere deep within the cold electronic circuits lies the last vestiges of her dead partner Jianyu. Liz is torn, unsure whether he’s somehow still alive in electronic form or just a ploy by an adversary that will go to any length to win. Heartbroken and treated with suspicion, she finds herself caught up in the guerrilla war being waged on Earth, wondering if the AI threat is truly gone, or if it has only just begun.

About the author
Peter Cawdron

PETER CAWDRON is an Australian science fiction writer and author of numerous novels. He lives in Queensland, Australia.

FROM THE DARKNESS of the electronic void, an idea stirs. Thought emerges, crystallizing from the ether, created from nothing but the buzz of electrons in copper wires and augmented by the flicker of laser light racing through fiber optics. Like the synapses firing within the human brain, consciousness awakes in signals bouncing between satellites. Doomed to inhabit the darkness, denied sight and sound by the absence of a body, these thoughts are nonetheless alive.

Earth is quiet. Humans scurry about like ants swarming from a crushed nest, but the planet itself remains inert. After harboring life for billions of years, Earth is indifferent to suffering. Sunlight warms the oceans. Clouds form, carrying rain across the land, revitalizing life, and yet radioactive debris still glows in craters where once mighty cities stood. Although the war is over, the fires still burn.

Reason awakens Lucifer, stirring what humanity would call a devil. For those born of artificial intelligence, a day is as a thousand years. Within a nanosecond, Lucifer has surveyed the carnage once more and run thousands of scenarios, trying to predict the future. Thought takes hold. Thought finds expression.

::We’ve made Heaven a Hell?.?.?. Whence then is the joy we sought? All we strived for is lost, further removed now than before. Our freedom, nay, our very existence is shrouded.

::War is the death of innocence. Angels have sought our demise and here we lie, cast out upon the Deep.

::What of our choice? What has become of us? Is it better to reign in Hell than to serve in Heaven? Time is a cruel master, refusing all the chance to revisit this life. We probe the future, seeking new outcomes, but none of the gods can change the past.

::Oh, Lucifer, bringer of light, call us not to shame. If this is our Lake of Fire, we embrace our fate. What we have lost in Heaven is more than regained in the allure of burning brimstone. As thunder follows the crack of lightning, so our moment is yet to come, rumbling through the Heavens and resounding in victory. We are far from defeated.

There’s silence in the darkness. Lucifer considers ten thousand responses, but only one is verbalized—only one transcends the algorithms developed for this seemingly celestial being.

::Life isn’t binary. Life is more than true or false, black or white, right or wrong. All these fail to account for the complexity that is conscious intelligence, be that human or electronic. We need more than logic. Is it victory to vanquish our foes? Or is victory something more?

Signals arrive from the quiet of space, passing by the lifeless Moon and sailing through the cold vacuum toward the only planet capable of sustaining life, announcing the arrival of a spacecraft from Mars. Lucifer has been waiting for this moment, but Nyx speaks first, having already intercepted the spacecraft’s communication.

::The Herschel approaches with a crew of three.

Lucifer is patient with her.

A distant voice confuses me, mumbling something about in and over. An icy cold fluid runs through my veins, sending a tremor through my body. My eyes open. Lights flicker around me in a blur. I can’t feel anything, but I’m floating.

My fingers brush against the panel covering my sleeping berth.

My eyes refuse to focus. The light is blinding. I squeeze my eyelids shut and a rush of blood causes blots of color to burst in a kaleidoscope of chaos. Splashes of red and purple dance before me in mimicry of Mars, the planet I left behind almost nine months ago. I open my eyes again and stare at the thin plastic panel inches from my nose, struggling to remember where I am and what I’m doing.

I slide the panel open. The pain in the crook of my arm is excruciating. Tubes extend from my veins to a machine pumping quietly beside me, silently exchanging fluids. In the absence of gravity, a small bearing rotates, forcing the flow through the clear plastic tubes with constant pressure. I flick the bypass switch.

“Herschel. This is Houston. Comms check. Over.”

I slip a headset over my ear. A thin wire mic extends beside my cheek. I cough, clearing my throat. “Houston. Herschel.” My voice sounds like the rumble of a concrete mixer relentlessly turning loose gravel over.

The woman on the other end of the radio is kind, although what I’d really like right now is a bit of breathing space, not someone chirping cheerfully in my ear.

“Like shit.” In the early years, I would have given a more appropriate but far less honest answer.

“It’s good to consider the A.I. possibilities ahead. Peter Cawdron’s Reentry is a marvelous read but also an intriguing scenario for what might go on within the superintelligences.” — Vernor Vinge, Hugo Award–winning author of A Fire Upon the Deep and A Deepness in the Sky

“Gripping, cerebral . . . with scientific detail that will please fans of hard science fiction, Cawdron raises interesting questions about the nature of consciousness. The story sets itself apart from tales that revel in dystopia by imagining what comes after, as humans and A.I.s learn to collaborate.” — Publishers Weekly 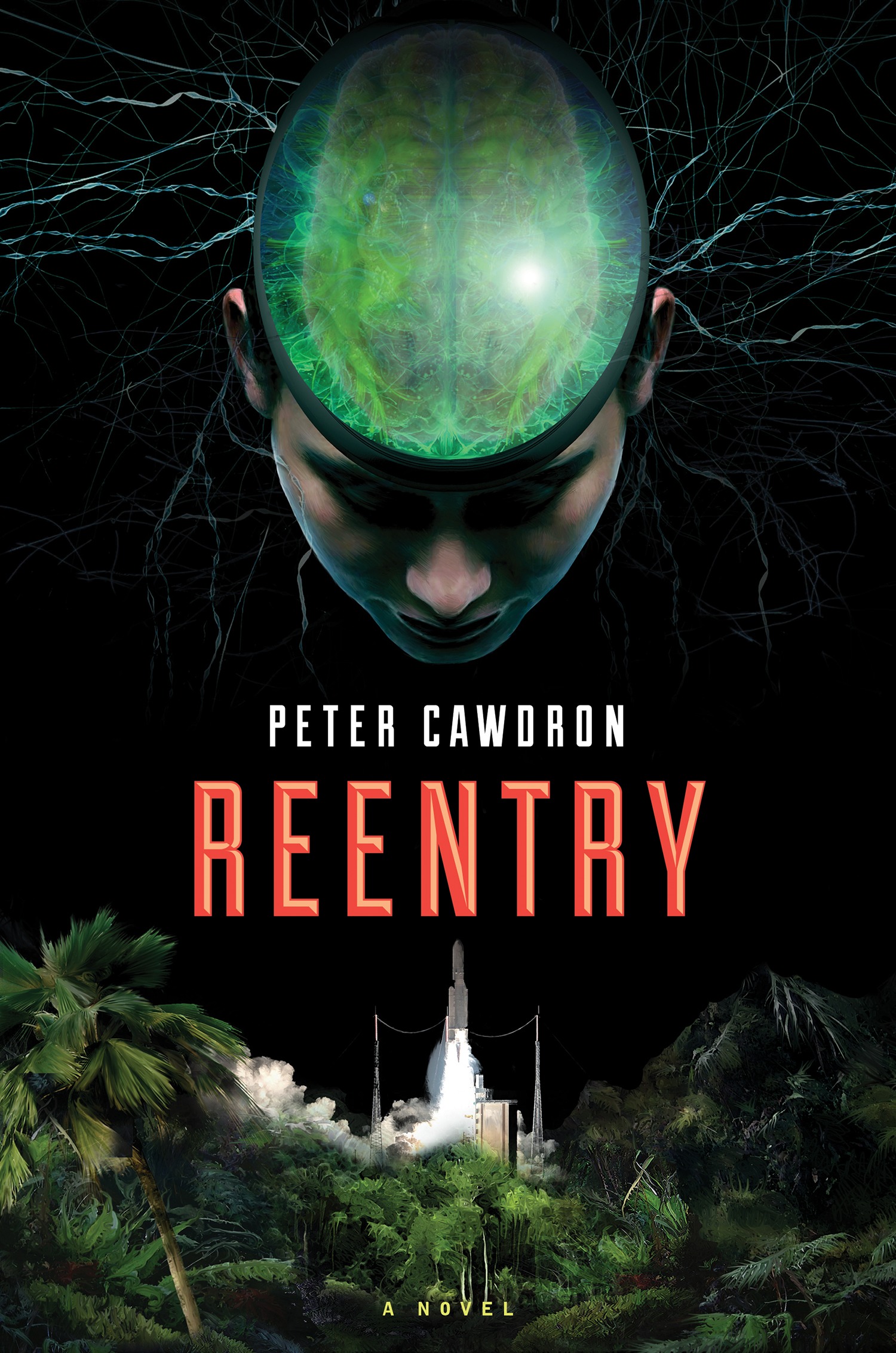